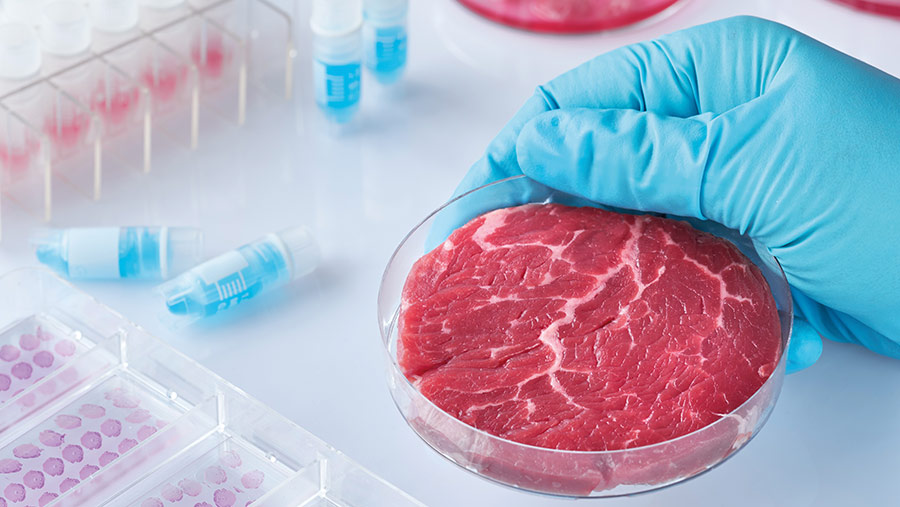 Put the word “lab” before any food and it is unlikely to sit well with British consumers, but the companies racing to be the first to sell lab-grown meat here are relying on environmental reasons to persuade people otherwise.

And if you could buy a product that looked and tasted the same as meat, was cheaper and had not involved the death of an animal, why wouldn’t you buy it?, they ask.

Farmers’ Union of Wales (FUW) president Glyn Roberts suggests there are very clear reasons why not – he says advocating an “industrial route” out of the climate crisis, where food is produced in factories, should not replace natural farming and food production.

“What’s key here is that beef and lamb is a natural protein and produced with the health of the environment and consumer in mind,” says Mr Roberts.

A report by global consultancy AT Kearney predicted that by 2040 most meat would not come from animals, suggesting that the large-scale livestock industry was viewed as an “unnecessary evil” by many, although there will be as many who disagree.

Currently, lab-grown meat is not available to buy anywhere in the world despite previous forecasts by developers that it would be for sale commercially by now, yet scientists backed by big businesses are jostling for future positioning in the market.

But is a food that has been grown in a lab one step too far for consumers, as has been seen in the argument around genetically modified (GM) foods?

The livestock industry already has competition from plant-based meats, but the signs are that this sector may be faltering, or certainly the ambitions of some manufacturers are.

In October 2021, Beyond Meat saw its share value slide after the plant-based meats maker reduced its revenue guidance for the third quarter.

Lab-grown meat differs from plant-based alternatives in that it is genetically identical to a type of meat, be that beef, chicken or pork. It is not a meat alternative like tofu, which is designed to replace meat.

What is lab-grown meat?

How these foods are described going forward will have a big influence on how consumers receive them, says Katrina Anderson, a regulatory lawyer at international legal practice Osborne Clarke, who has a particular interest in the food industry.

Firms are trying to shift the attention from the laboratory origins of these products with descriptions such as “clean”, “cultured” and “cultivated”.

“There is a better acceptability of ‘clean’ meat rather than ‘lab-grown’ meat,” Ms Anderson suggests.

The Food Information to Consumers (FIC) Regulation and associated legal standards for the labelling and composition of food products such as meat clearly define what can be labelled as meat, stipulating that it comes from an animal that has been slaughtered and the standards use phrases like “skeletal muscle”.

Ms Anderson says it gives the impression of meat coming from a once live animal. “Existing definitions we have of meat would probably exclude clean meat as it is so defined,” she says.

The battle for how it can be described on the label is going to be “very important” to how successful the businesses developing these products will be, she adds.

This is a battle that farming groups in the UK will take on and indeed that is already happening in the US, where there is a movement to define beef so that its origins in cattle are clear and couldn’t be applied to a product grown in a lab.

Katie Vickery, a partner in Osborne Clarke, says it is understandable that we may see more lobbying and movement towards that by the farming sector, to ensure that the product is properly described and protected.

“In the States they are taking the view that true meat is actually something that comes from the animal and they are pushing very hard to protect that and protect words like beef, so that it would be inherently misleading to use those on packaging,” she says.

“It is without a doubt a possible argument and I think as and when we have some of these foods approved by the normal foods process, it is something that is going to be thought of very seriously in the UK because farming groups believe very powerfully in the value of what they are doing and the value that brings to consumers.”

This has already been seen in the dairy industry, which has fought to protect dairy terms such as cheese and milk, to ensure these convey the benefits of dairy and cannot be used to describe alternatives.

Foods masquerading as animal protein are not new – there are plenty of plant-based “meat” products on supermarket shelves.

But the companies developing lab-grown meat believe this is the product most likely to wean committed meat-eaters off traditional sources.

In October, global animal nutrition company Nutreco and food technology company Mosa Meat announced that their Feed for Meat project, which is seeking to bring cultivated “beef” to the EU market, had been awarded a grant of almost €2m (£1.7m) by the European React-EU recovery assistance programme.

Nutreco CEO Fulco van Lede says that feeding a growing population, in what he describes as a “safe and sustainable way”, will require a variety of new and emerging protein production methods to be utilised alongside traditional farming.

Mosa Meats says culturing meat from cells would mean significantly less land dedicated to agricultural farming, with a 99% reduction in land use.

Words like “good” have been adopted in the names of the companies developing lab-grown meat, but farmers say those descriptions are more closely aligned with the role livestock farming plays in conservation and land management.

“Our beef and lamb is grown naturally, sustainably and consumers can trust in the knowledge of our farmers to deliver a product of excellence,” says Mr Roberts of the FUW.

“Look at the family farms here in Wales, they produce food in a non-intensive way and have done so for centuries. I think this is what most people want: beautiful farms with thriving nature producing excellent food.”

Livestock farmers have nothing to fear from lab-grown meat, says NFUS chief 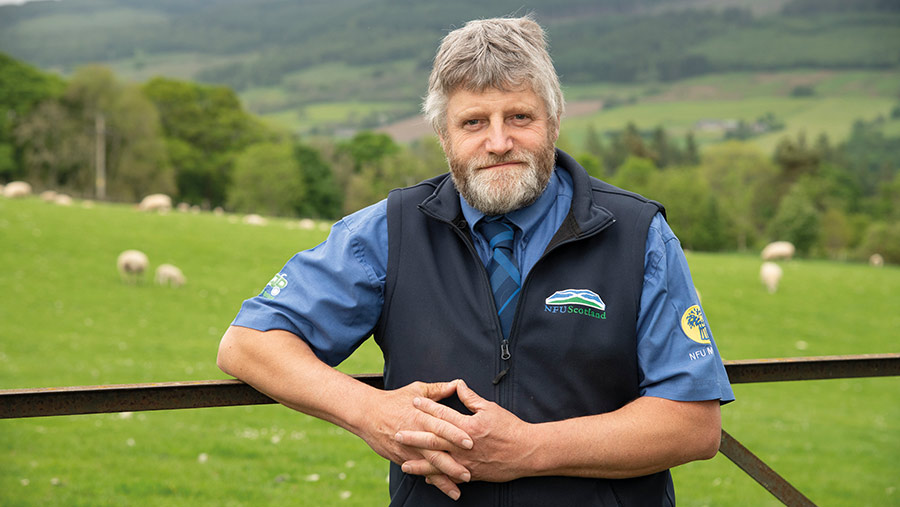 British livestock farmers should have nothing to fear from novel foods such as lab-grown meat, according to NFU Scotland president Martin Kennedy.

“Our credibility and reputation stands us in good stead for whatever challenges our industry faces in the future,” he says.

Indeed, in the 12 weeks leading up to 3 July 2021, sales of red meat were up 7% in the UK compared with the same period in 2019. This increase was largely driven by sales of beef.

While innovation and new technology is being applied to lab-grown meat, the NFU in England says these have always been central to the progress of British livestock farming.

“Although the science of lab-grown meat is interesting, the NFU believes there is great potential for livestock farming to continue its journey of producing high-quality, climate-friendly, nutritious beef and lamb for the nation and it will continue to do so as long as the public demands it,” says an NFU spokesperson.