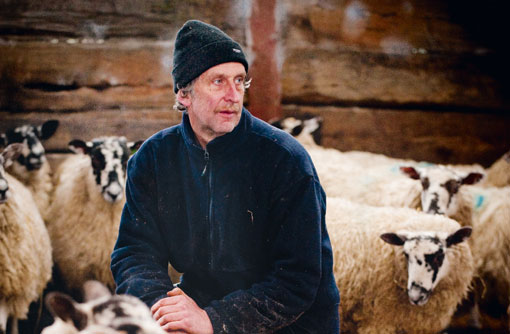 Last week I was privileged enough to meet the Prince of Wales during his tour of Middleton-in-Teesdale. He caused a stir in and around the village. I met him as a wool producer to discuss, along with fellow sheep farmers, his campaign and promotion of wool.

The campaign began in 2007 on receiving his meagre wool cheque. It has since heightened awareness of wool as a natural product, with many world retailers looking at different uses for wool.

I was impressed and would encourage every wool producer to support the British Wool Board in its endeavour to sell our wool into the wider world market. In the same week I was pleased to see our 39 sheets of wool finally leave the farm.

On the last Saturday in October I awoke to three to four inches of snow. It was a shock to the system, as were the dismal prices received that day at the Luke Fair sale at Kirkby Stephen. Breeding sheep proved difficult to sell, and the endeavours of the auctioneers had to be appreciated, with fewer buyers in attendance than expected.

This sale marked an end to our autumn breeding sales as thoughts now turn towards next year’s crop. A rogue Texel ram lamb among my Mule ewes may have some explaining to do come spring, meaning an untimely start to lambing.

Cattle are once again being housed, making for a few noisy nights as the older calves are spained. It’s a good job I’m a deep sleeper.

John Bainbridge farms 600ha (1,483 acres) of rented MoD hill land near Richmond, North Yorkshire, along with 21ha (52 acres) of family-owned land with his sons Lance and Reuben. His 1,400 sheep, plus followers, along with 70 suckler cows, are the main farm enterprise.