Quality was high at the first four-day Royal Ulster Agricultural Society Balmoral Show since 1989, where a bumper crowd enjoyed royal and state guests, although livestock entries were hit by disease restrictions.

The extra day bolstered visitors past the 100,000 mark, including appearances from HRH Prince Edward The Earl of Wessex and prime minister Theresa May, while avian influenza and bovine tuberculosis restrictions forced the cancellation of the poultry and Dairy Shorthorn competitions.

A remarkable four-year winning run was continued in the dairy ring by the Fleming family of County Down with the outstanding mature Jersey cow Potterswalls Action Daisybelle EX96 (PLI£95), who reclaimed her Balmoral interbreed crown after reigning supreme last year.

The fifth calver produced 9,731kg within the 100-cow Jersey herd at home in her third lactation and is rated 97 for udders. Previous success includes two Ulster Winter Fair wins in 2013 and 2014 and the NISA Dairy Cow Championship last year. 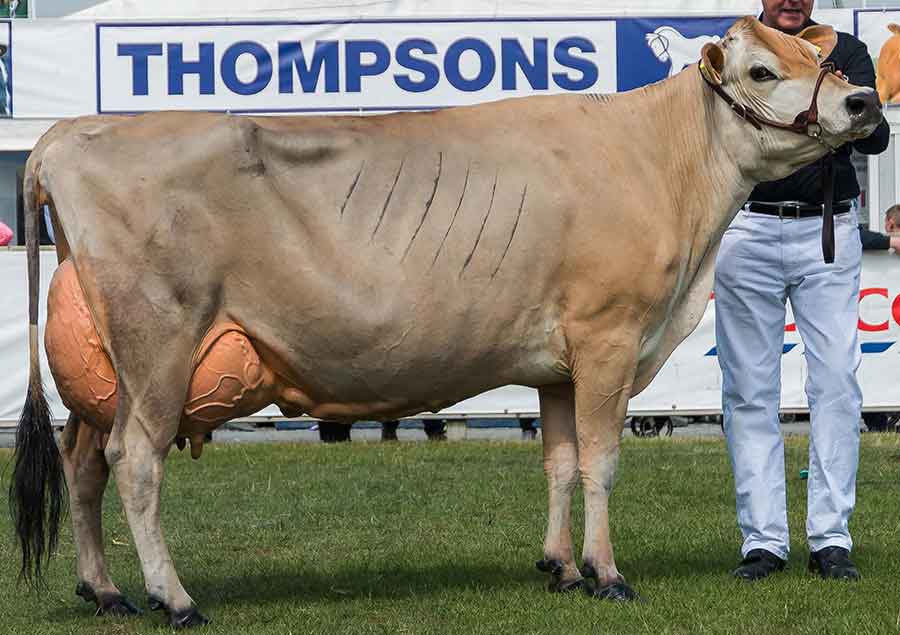 She is by Forest Glen Avery Action and out of Potterswalls Jamaica Daisybelle and last calved with a heifer in the autumn and peaked at close to 50 litres, with Yorkshire judge Edward Griffiths, Penistone, praising her for being totally balanced and having “an udder to die for”.

Purchased as a dry cow at the Sandyford dispersal she is out of Sandyford Honesty 2 and by Heydale Blizzard. In her third lactation she gave 9,821kg at 3.97% fat and 3.35% protein in the Hunter’s 200-cow herd of mostly autumn calvers.

A beautiful heifer from Henry Savage and Sons, Cullyhanna, Newry, sealed the Beef Champion of Champions title. A Haltcliffe Hitec daughter, Trueman Lute is out of Trueman Foxtrot.

She came close to a red ticket in November, managing reserve champion at the Pedigree Calf Fair Beef Expo and will now be flushed and put in calf.

An Aberdeen Angus of Carlhurlie breeding sealed the reserve interbreed ticket for James Porter, Dromore, Lisburn. Carlhurlie Epic is by Skail Dido and out of Epea and bred by the late Ray Greives.

Bought for 5,000gns at a United Auctions dispersal, Epic is being used as a stock bull of the 60-head Old Glenort herd, where Mr Porter also farms 100 pure beef shorthorns.

A “very fine” example of a traditional Large White from the Cappagh Greenbank line of Robin and Agnes Todd, Riverside Farm, Banbridge, won the overall Supreme championship. The maiden gilt was by a champion boar and was out of a Coppagh Greenback dam.

In reserve was Trevor Shields of Glenmarshal Sires, Kilkeel, Newry, with a January-born pure Large White commercial pork pig at just shy of 120kg from his 1,000-sow commercial unit.

Judge Phil Fowlie dubbed it as a “quality bacon pig that the current market requires”. 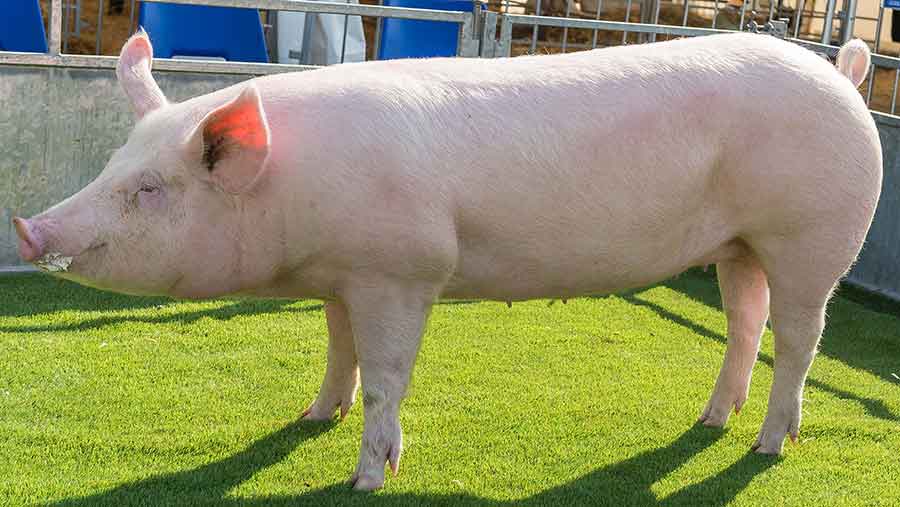 Champion pig was a maiden gilt from the Todds of Co Down. © Robert Smith

An all-female shortlist of champions from 22 breeds saw the interbreed title claimed by a Suffolk yearling ewe from Alfred and Norman Robinson, Ballyrolly, Downpatrick.

She is a Cairness Ignition daughter out of a ewe by the 17,000gns Cairness Diamond Geezer, himself a national English Champion in 2012, bought by the Robinsons at Stirling last year.

In reserve was the reserve short wool champion, a Texel ewe from the Cherryvale flock of Jack Gault, 16, shown by father Alastair, Newtownabbey, County Antrim. The home-bred dam is by Duncryne Ubercool and out of an Ettrick dam by Knock Pappoose. 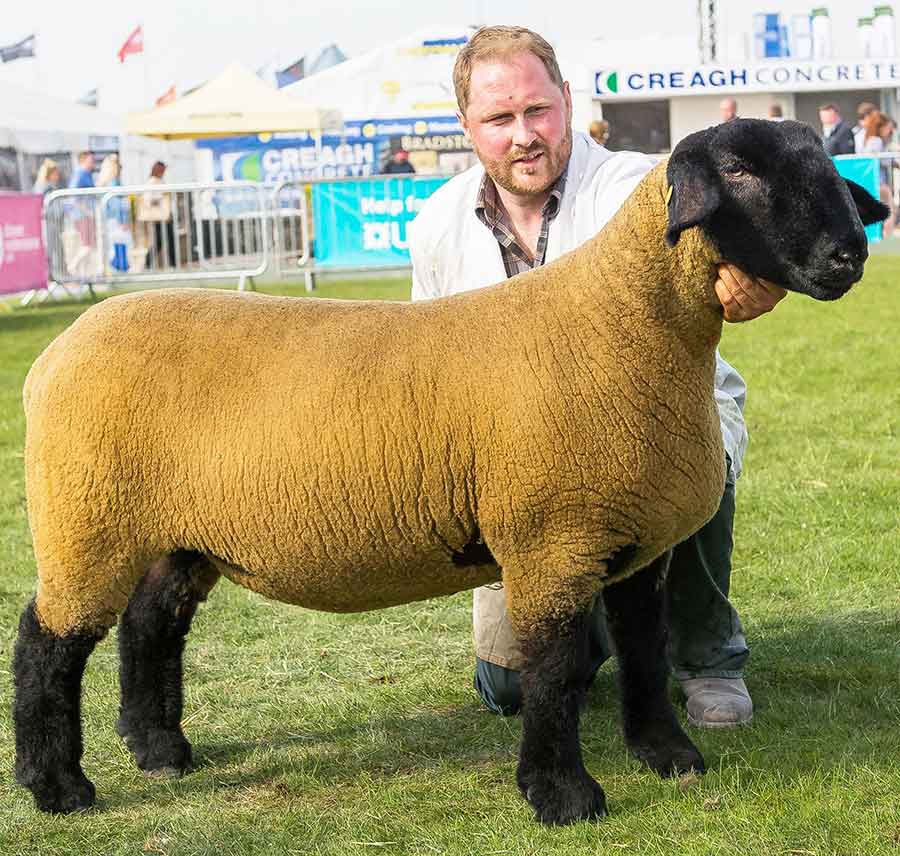 Suffolk Champion and Interbreed winner was a shearling ewe from the Robinsons of Ballyrolly. © Robert Smith