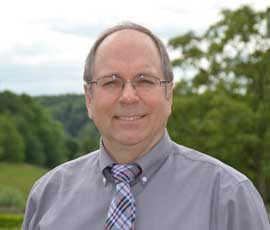 Trying to save feed costs by balancing the ration for group production is a false economy and is restricting dairy farmer profitability. John Fetrow of the University of Minnesota said the single most financially disruptive myth about dairy farming was to balance for the production of an average cow.

“In the name of cost control you’re giving up milk and money,” he told delegates at the Large Herd Seminar in Gloucestershire.

It may be tempting to cut feed costs for every litre produced, but focusing on such a parameter could actually be more dangerous to the bottom line, he said.

“Most dairy farmers think making more money depends on making total expenses a litre as small as possible, thus increasing the difference between income and expense. As a result they focus on feed, since it is overwhelmingly the largest category of expense of the dairy,” said Dr Fetrow.

However he explained that the aim should be to ensure the barn was full and that the financial performance of each production unit (cow) was optimised.

“I’m interested in income over feed, replacement and cow care costs. I want you to think about your dairy in these terms.”

Although costs control is important, he emphasised it was bad policy to cut costs if doing so would hurt production.

“The first reflex to increase margin a litre may be to cut expenses, but very often the lost revenue in milk is much greater than the expense saved. The alternative is to increase expenses and increase production.”

He compared two example rations; the first of which was a least-cost ration, formulated for group production, the second, new ration, fed to improve marginal milk production.

“The highest rate of profit on any dairy is made at the margin. What opportunities exist on your dairy to improve marginal milk production by improving nutrition and/or dry matter intake? This usually starts from better forage and more consistent delivery.”

Although the low ration may be formulated for a cow that eats 23kg, for example, some cows may only eat 18kg. “If a cow moves from a high-energy ration to this low-energy ration, she can’t eat enough to produce milk. You may be writing a smaller feed cheque, but you’re actually losing out.”

Although most of the audience expected to see a 3-4-litre-a-cow drop when moving groups, Dr Fetrow said predicted feed cost savings would be wiped out if production dropped by as little as 1.6 litres a day.

“You don’t know what a cow will produce until you feed her for it. Quit limiting the energy intakes of your cows – up to what’s rumen safe – and you will be amply rewarded with milk and profit,” he said.

Subscribe to receive the June edition of Dairy Update for free.