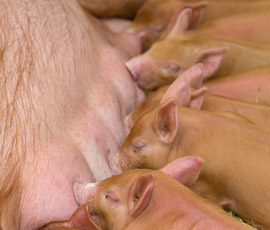 Plans to build a large-scale pig unit in Derbyshire are to go under consultation after the proposals were tweaked to meet the concerns of local residents.

Pig production company Midland Pig Producers (MPP) said it had slightly altered the layout of its proposed unit which will house a total of 25,000 pigs near Foston after listening to local residents’ complaints about previous plans.

It said it was now confident the application for the £20m project, which would create one of the UK’s largest pig farms, would now get the go-ahead from local planners.

If successful, the development will house up to 2,500 sows in a state-of-the-art unit.

MPP’s plans for the unit were first submitted three years ago but have been stalled on several occasions.

The latest delay was created after the Environment Agency asked MPP to provide additional information on the potential environmental effect of the project to support its planning application.

James Leavesley of MPP said the Environment Agency had yet to submit its conclusions to the council, but the public consultation would begin on Friday (17 May) regardless.

People now have eight weeks to submit their views before the council’s planning committee makes a decision in August.

Previous versions of the proposals attracted more than 20,000 objections from protestors concerned about animal welfare, health risks and the environment.

However, MPP insisted the proposed farm would protect welfare standards and residents would not be affected by the usual smells associated with pig farms.

Managing director Martin Barker said: “There will be three systems in place to ensure that all the gases (that cause the smell) are retained for the biogas plant.

“If one system should fail, the other two will still work, preventing the ammonia and gases escaping into the atmosphere.”