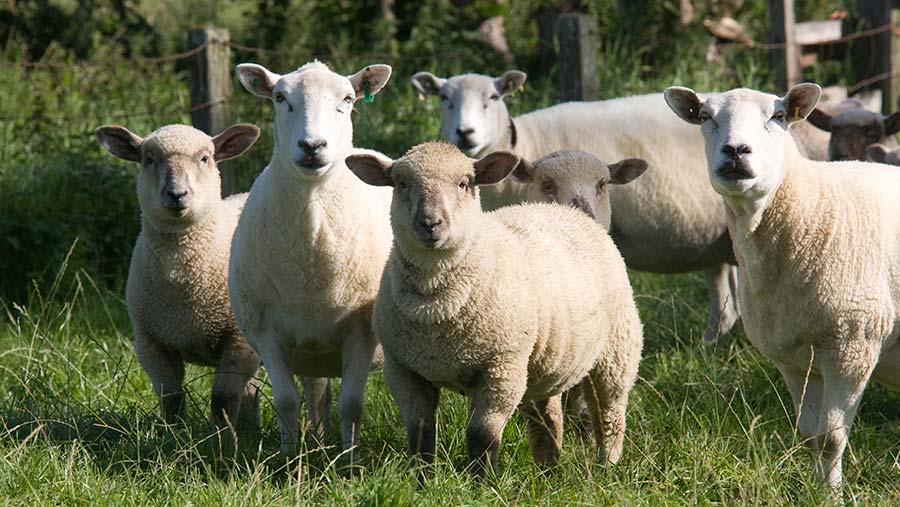 Use of orange (Monepantel) and purple (Derquantel) wormers has doubled in recent years, according to the Sustainable Control of Parasites in Sheep (Scops) group.

Lesley Stubbings, an independent sheep consultant and Scops spokeswoman, says it is “great news” that more of these wormers are being used.

She says the orange and purple wormer groups have two important jobs to do on sheep farms:

Ms Stubbings stresses that orange and purple wormers have an important role to play in managing anthelmintic resistance and that farmers should use the product on ewes only with detailed veterinary advice.

The orange wormers can be prescribed to farmers by a Suitably Qualified Person (SQP) or pharmacist, while purple products can only be supplied by vets.

Sheep breeder and Scops steering group chairman Peter Baber says any wormer dose should be given only if results of a faecal egg count (FEC) test suggest a dose is needed.

Mr Baber says he has been using wormers strategically – in line with current Scops principles (see box) – for the past 20 years and, as a result, can still use the three old classes of anthelmintic on his flock.

He has drenched his lambs twice this year: an early season dose was given when FECs suggested there was a nematodirus challenge and again at weaning, according to FEC results.

“Farmers should be using the new orange and purple products if they think they have an issue with worms after weaning or want to quarantine stock,” he tells Farmers Weekly. “They won’t have an impact on preserving the efficacy of the older products if they just sit on the shelf.

“The important thing is to drench when necessary according to FEC results, which can be done at home through laboratory services or through vets and agricultural merchants.”