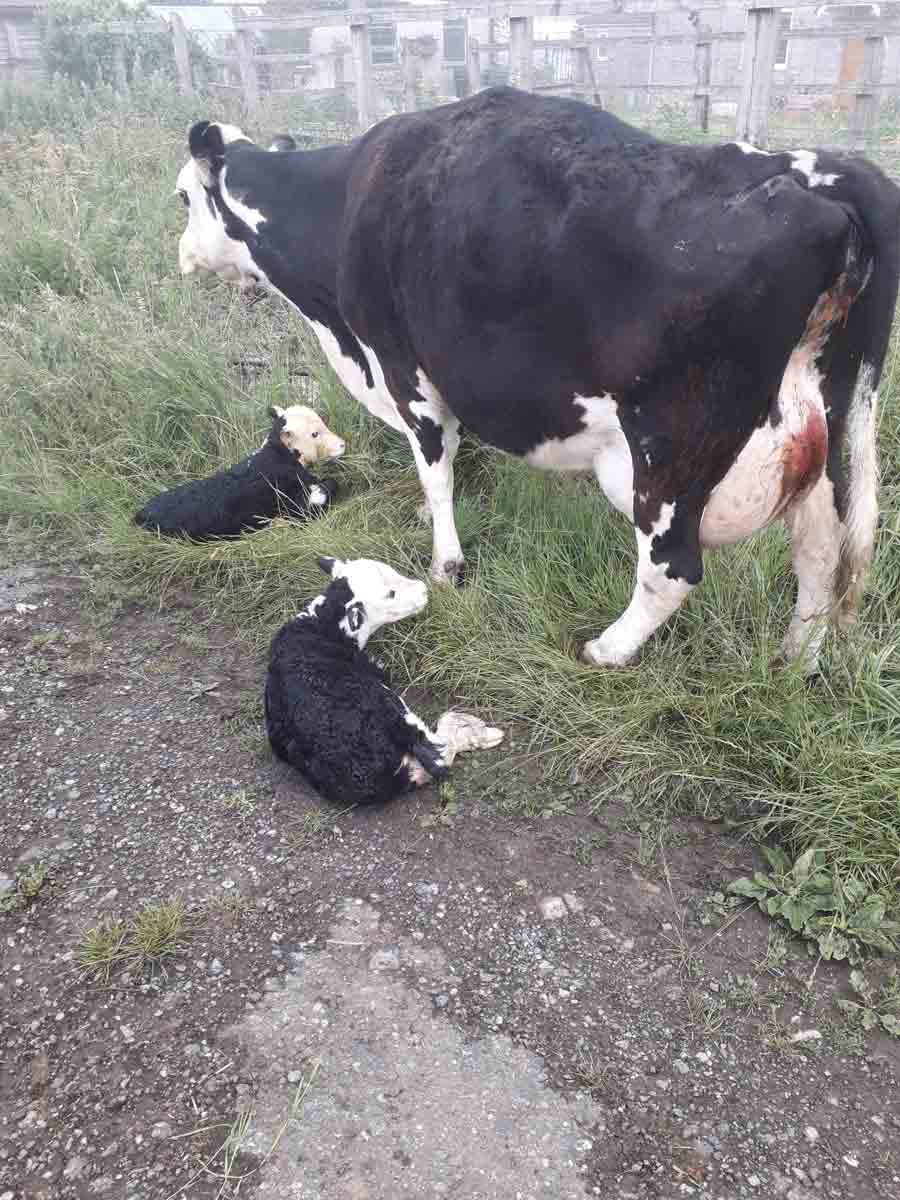 A 25-year-old, Hereford suckler cow has successfully given birth to twin calves on a Somerset farm.

Neighbouring farmer Jane Harrison helps at Lower Thorn and was called in as the first of the twins was a breech birth.

Despite the first calf presenting the wrong way round, Mrs Harrison said both the newborns were healthy and had got to their feet straight away.

The calves and dam were turned out on to pasture close to the farm soon after they were checked over, she said.

Mrs Harrison, who also helps the Wakes by filing BCMS data, pointed out that the cow is older than Defra itself.

“Because she was born before 1 July 1996, the Ministry of Agriculture, Fisheries and Food was still in charge,” she said.

It means the cow has no requirement for a BCMS passport and has an old-style Z Tag, she said.

Mrs Harrison quipped that the Wakes retained the cow because they were waiting for her to produce a heifer calf to breed as a replacement.