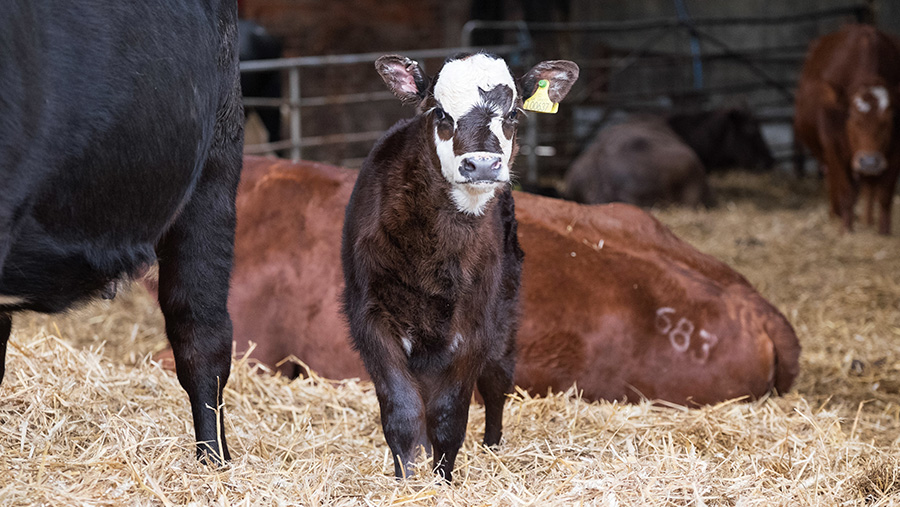 Commercial beef farmers could benefit from a tighter calving period and higher calf weights by adopting artificial insemination, alongside a synchronisation programme.

Scotland’s Rural College (SRUC) data suggests each day of delay in a cow calving over 365 days costs £3.50 – a figure that can very quickly add up to a major cost.

Using a synchronisation programme helps to condense the calving period by bringing animals into heat in a specific period so that cows can be then artificially inseminated at a set time.

Vet Jack Sheldrake of Black Sheep Farm Health, has signed up 22 of his beef clients to an artificial insemination (AI) programme over the past two years – 20 of which are commercial producers.

He says: “Farmers should be aiming for 94-95% calved in a nine-week bulling period if they want to make money. Most fail to do that.” 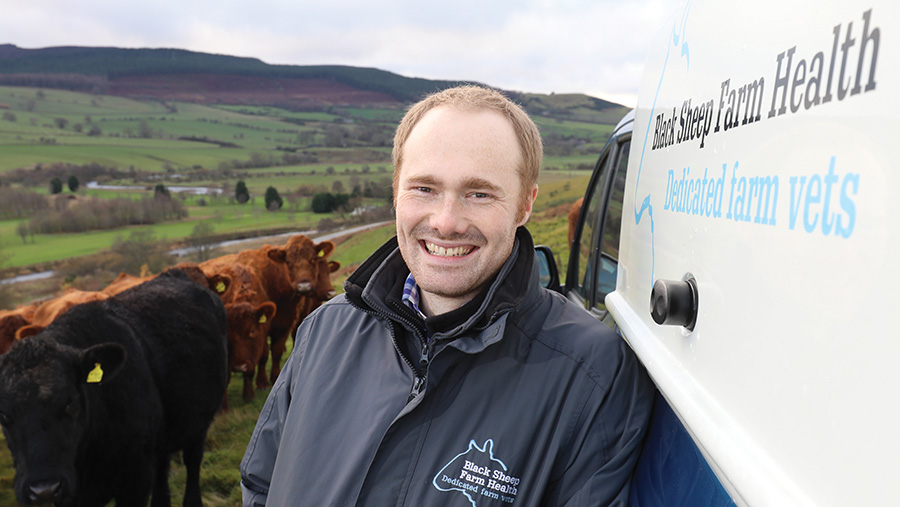 Mr Sheldrake believes there are a number of benefits from adopting such a strategy in commercial beef herds.

1. Saves time by not having to observe bulling animals

Putting cows on a synchronisation programme removes the labour requirements to observe physical signs of bulling as all animals are served on the same day.

2. More chances for females to get pregnant

If 100 cows are enrolled on a synchronisation programme, you would hope to have 65-70 due to calve on day one of the calving period.

Even if a cow is not pregnant six weeks after the start of the programme, you still have an opportunity to get those cows pregnant and fit in the calving period, so you have more opportunity for success.

3. A more even batch of calves born at the start of the block

Calves that are born at the start of the block have more time to grow, thus increasing weight at market and improving returns.

Any replacement heifers are also more likely to be the right size at service to calve at the target of 24 months.

This is linked to having more time to grow, along with better genetics that are available through AI.

Having a more even batch of calves also helps with vaccination timings, and reduces disease pressure from mixing calves of different ages.

AI enables farmers to access top-quality genetics from sires that would be too costly to purchase as stock bulls.

It also removes the cost of upkeep for stock bulls, and the challenges around putting the right bull with the right females – because more than one bull can be used across the herd.

AI is arguably more valuable for breeding quality replacements that will be retained. AI sires can be chosen for maternal attributes such as milkiness, easy calving and short gestation.

A stock bull can then be used as the terminal.

What are the costs?

Mr Sheldrake charges a vet fee for synchronisation and a specific rate for AI’ing. Semen costs are separate.

Some AI synchronisation programmes serve cows twice. However, to make it viable for commercial producers, Mr Sheldrake believes it’s important to do one timed artificial insemination.

This reduces handling and keeps costs down, but farmers must ensure females are inseminated at exactly the right time. That’s where having a vet to take charge of the programme can be beneficial.

To reduce the time associated with observing animals to catch any that do not hold to AI, using a stock bull to sweep up is useful. 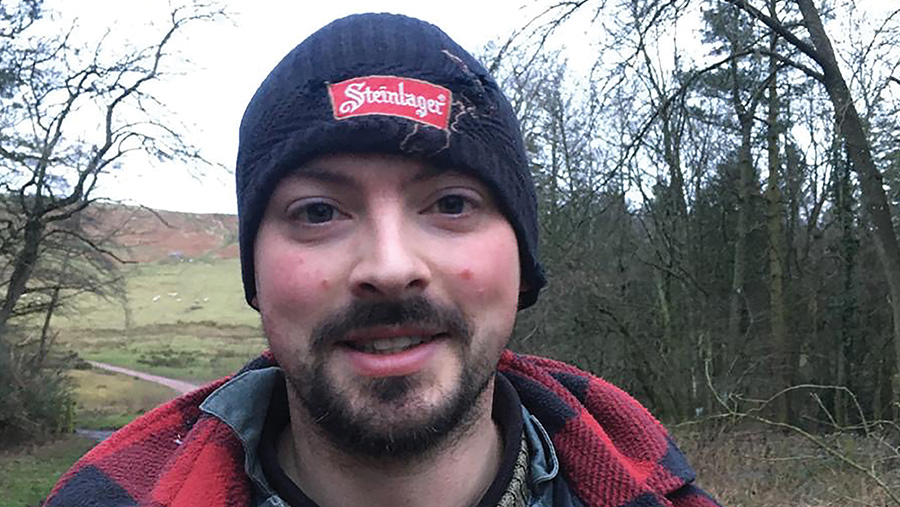 All heifers calve three weeks before the main commercial herd, which calves in two equal spring and autumn blocks. Calves are sold as stores.

Having previously used stock bulls on the commercials and struggled with calving difficulties, Mr Newing felt AI’ing could provide a better selection of easy-calving sires.

With that in mind, he decided to use EBVs to select AI Aberdeen Angus sires that would improve calving ease, milkiness and growth.

Heifers are also pelvic scored by vet Jack Sheldrake at the start of synchronisation. Any animals with small pelvises are not bred.

Mr Newing says the effect was clear to see during autumn calving. “We didn’t have to touch one of them,” he says. “It makes my life a lot easier. It’s less stressful for me and the animal.”

Previously, heifers would have calved throughout the three-week calving period, but last year, 40% calved in the first week, which eased management.

Mr Newing views body condition at service as key to success with AI. This is a lesson he learned in 2018 after trying AI on a sample batch of cows and heifers.

These were in poor condition, following a challenging season, and conception rates were below target. Having ensured condition is now right, the spring calving commercial heifers achieved a conception rate of 78% in 2019.