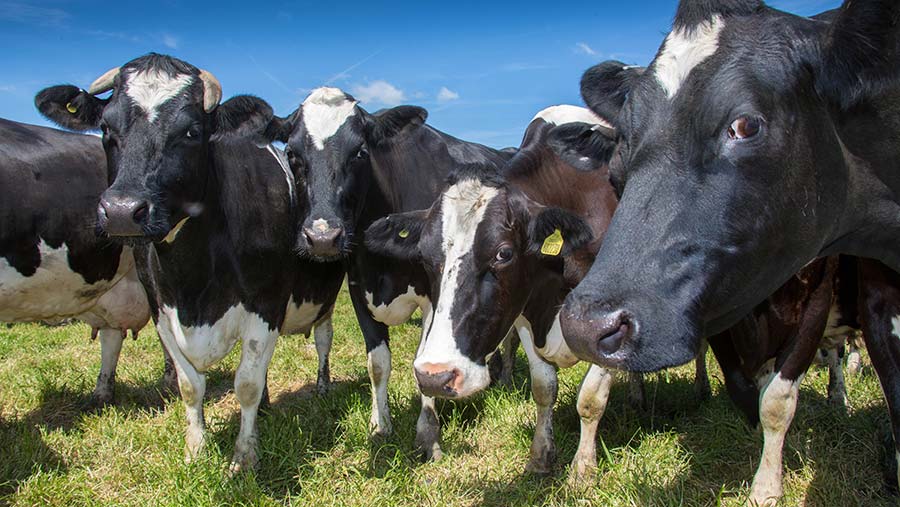 Voluntary Waiting Periods – the interval postpartum when producers refrain from breeding cows – are typically 42 days on most UK dairy farms.

But anecdotal data from 16 high-production herds has shown that it could be too short.

“There’s not a lot of good reasons in good producing herds to start breeding before 50 days,” Dr Abbott told delegates at Dairy-Tech on 6 February, adding that most farms he worked with used a VWP of 50 days on cows and 70 days on heifers.

“Each herd is different so I’m not telling you which days to breed but I think you should be looking at it within your herd.”

He said breeders should assess if they should wait longer to serve animals on an individual herd basis by reviewing the following data:

What really drives conception rate is heat detection. If you have poor heat detection then you are going to miss too many opportunities to breed cows.

A good heat detection is key if you are going to extend your voluntary waiting period otherwise you shouldn’t bother.

Is your herd producing over 8,500 litres? These are the herds that benefits the most from extending their voluntary waiting period, research shows.

Look at the animals that were bred under 50-days and compare them to the number of animals that got in-calf after 50-90 days.

Is the conception rate in the latter group higher? If so, consider moving the goalposts.

4. Look at your failure rate

Don’t get hung up on averages because they don’t always reveal the full picture.

“You also have to look at failure rates,” Dr Abbott said. “That’s the missing link because they can hide if you don’t look at your failure rate.”

He said farmers should assess their percentage of cows open at 150 DIM. This figure should also include “do not breed” cows.

What if moving my VWP to 70 days extends my days in milk?

There is a bigger concern with long-lactation cows because their milking persistency isn’t as good and the risk of having delayed conception on first lactation animals is low.