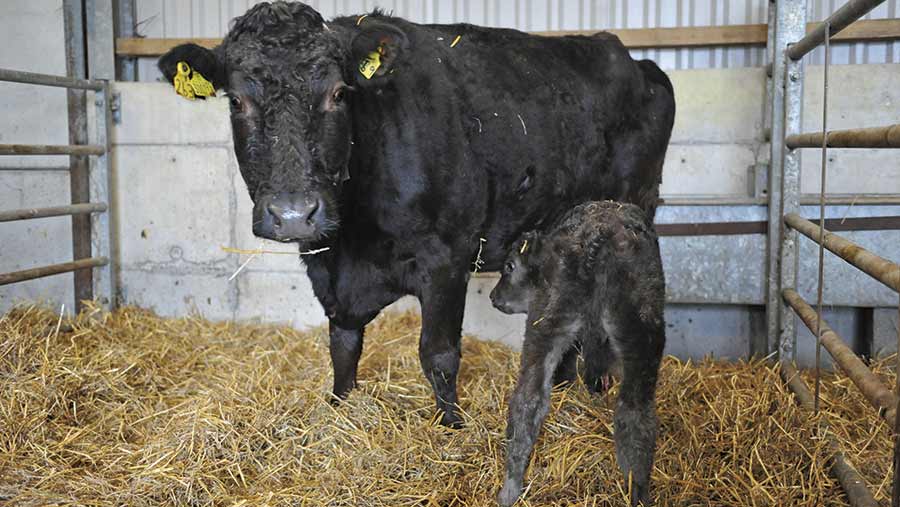 Ian Pritchard of SAC Consulting says there is clear evidence that bigger cows are less efficient.

“The beef industry needs to take heed that the size of cow really does matter,” warns Mr Pritchard.

“Never keep the biggest animals to breed from, they are less likely to make you money because the bigger the cow, the higher her maintenance requirement.”

The bigger a cow, the more unlikely it is for the calf to hit the 50% dam weight target at 200 days too, he adds.

For example, a calf from an 800kg cow must achieve an average daily liveweight gain from birth of 1.78kg but a calf from a 500kg cow would only need to grow at 1.03kg a day.

Mr Pritchard says farmers favour a bigger animal because she is likely to achieve a higher cull value at the end of her working life but, he adds: “How much has she cost to feed over her lifetime?”

He stresses there is no evidence that cow size influences calf growth rates.

“A small cow is just as likely to produce a big calf at weaning. Growth rate of the calf is driven by milk not cow size.” 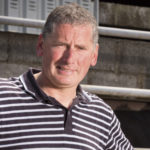 They adopted this policy when they changed the breed of their herd from Welsh Blacks to black Limousins.

“I jumped on the bandwagon with using bulls in the top 10% for growth because I thought this would be beneficial for sales of their offspring,” Mr Jones admits.

What he hadn’t anticipated was the gradual increase in the mature weight of heifer replacements. In 2014 two of his heifers at Lan Farm – a Farming Connect Demo farm near Cynwyl Elfed – weighed in at 700kg.

As a consequence, cow efficiency has taken a hit. Although the herd is currently averaging 50.9% efficiency at weaning – above the national target of 50% – data shows smaller cows are the most efficient.

Those weighing 551-600kg have an efficiency of 53.6% compared to 43.8% for cows in the 701-750kg range. Calf weights at housing did not show variation across the various cow weight bands.

Data gathered during Farming Connect trial work indicates Mr Jones’s leanest cows are the most efficient – the leanest 10 cows had an efficiency ratio of 56.6% compared to 44.5% in the heaviest 10.

“The best cows are often the leanest, they should be managed separately otherwise your leanest and most profitable cows end up as barren,” says Mr Pritchard.

Mr and Mrs Jones are now introducing maternal bulls back into the herd to reduce the size of their cows and plan to sell some of their bigger cows.

They have also reduced heifer age at first calving from three years to two – all their 2017 heifers will calve for the first time at two years.

Mr Jones says he has been hesitant about making the change because he feared it would affect the average weight of heifers.

Although heifers calving at two years are averaging 547kg at housing, compared to 626kg for his three-year-old heifers – they are weaning calves at the same daily gain from birth.

The pelvic sizes of heifers at Lan Farm are also measured and any that score less than 120-140cm square are not used for breeding. Three of 2016 calving group did not meet the standard.