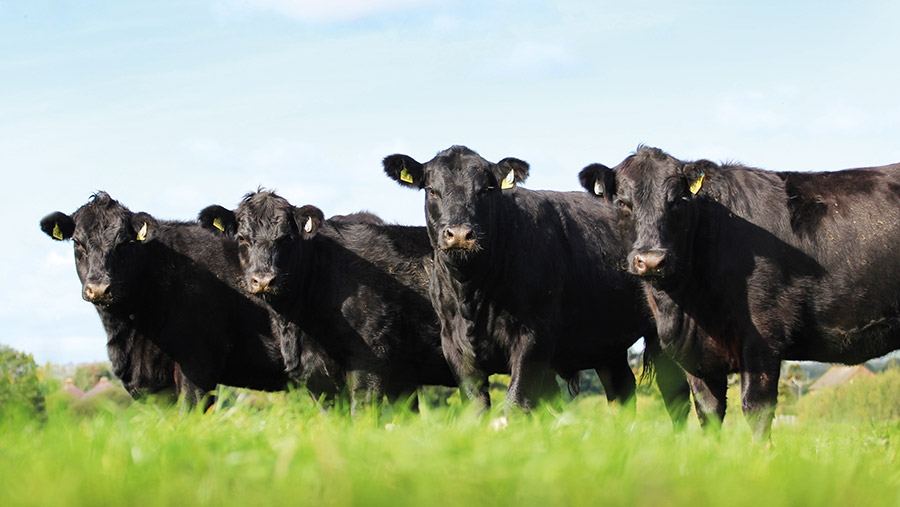 Genetics is one of the biggest influences on cow performance, so breeding the right type of cow to suit your system and meet your end market is key.

We summarise their tips below.

1. Establish what genetics you require

For a long time, many farmers have tried to get suckler cows to deliver the end-carcass quality and overlooked cow efficiency. This must change.

“You should focus on cow efficiency, but then have the right sire to produce the right type of animal. The cow itself is 50% of the genetics, but you have to feed and look after her for 12 months of the year,” says Mr Wareing.

He says expensive animals are pointless if they only achieve 86% of animals born alive, due to calving difficulties.

“Write down what you want to achieve and aim for the stars. It can be a long process. You will see some benefits in the first generation, but more in the second and third generations,” he says.

Key to establishing what you need is knowing your end market and building your breeding programme around that, adds Mr Westaway.

What makes a suckler cow profitable?

Measure herd performance and breed from the better-performing animals.

Weaning co-efficiency is one of the most important things to measure, says Mr Westaway. Cows should wean 50% of their bodyweight.

“Use weaning co-efficiency to help you rank your cows,” he adds.

If cows are not achieving 50%, it may be necessary to reduce cow size. Other traits to measure include calving difficulties and submission rates, for example.

You can read more about important breeding traits by downloading a PDF from AHDB website.

Focus on two or three traits at once. Don’t attempt too many things at the same time, advises Mr Westaway.

4. Use one bull to produce maternal and terminal genetics

If you want to produce herd replacements and sell stores or finished cattle, use one bull to keep things simple and select one offering good maternal and terminal traits.

It can be difficult sometimes to find one with both a high terminal sire index and self-replacing index, so compromise.

Pick a good all-round bull, then focus on one other trait. Go for as high an EBV as possible within your budget, advises Mr Westaway, and use young bulls to limit disease risks.

5. Know where your replacements are from

Health status is most important when buying in replacement heifers, says Mr Westaway.

Ask your vet to speak to the buyer’s vet to confirm health status and find out what the animals are sired by to check his traits.

“If he hasn’t got what you want, you know what you need to improve quicker,” explains Mr Westaway.

Buy heifers at least one month before bulling to allow them to settle in, adds Mr Wareing, and buy as many by one sire as possible to keep breeding decisions simple. 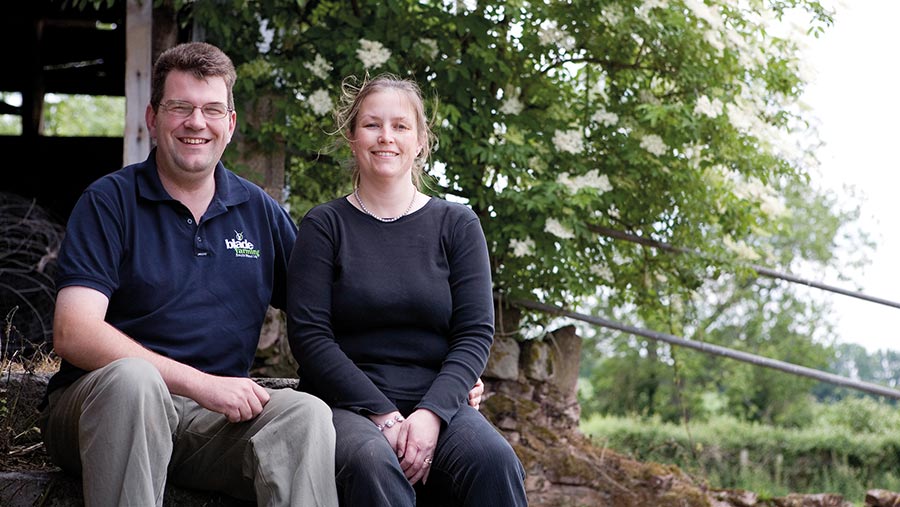 Knowing their buyer’s requirements inside out has allowed tenant farmers Paul and Kirsty to tailor their beef breeding programme to ensure progeny perform.

The couple breed pedigree Aberdeen Angus and Murray Grey bulls, largely for dairy farmers, at Gammage Hall Farm, Gloucestershire, which is well-located to serve the dairy-rich regions of the South West and Midlands.

As well as selling some stud bulls, the Westaways have recently started making embryos to meet increasing demand from closed herds, with prices starting from £350.

“We are getting a few dairy farmers that are buying embryos to go that step further and become fully closed. They choose the cow and the bull they like, and we will make them the embryo,” explains Mr Westaway.

Estimated breeding values
Easy calving is a priority for nearly all their dairy clients, so Mr Westaway says calving ease ranks top of his selection criteria. Calving ease direct is also a key trait for females to ensure they are capable of calving at two years old. Currently, less than 5% of the herd is assisted at calving.

Typically, the herd is rotationally grazed from February to November, so emphasis is also placed on 200-day growth to ensure calves are getting maximum growth rates before weaning, while grass is in abundance. Spring-born calves are creep fed from September, when grass quality starts to decline. Heifers are managed as a separate group and are given access to the best grass followed by cows and calves.

“These [heifers] are the most important animals on the farm, and they need looking after,” says Mr Westaway.

Milk is a prerequisite, he adds, as well as intramuscular fat to provide good beef eating quality.

Replacements
The whole herd is recorded on Breedplan. Females are ranked according to self-replacement index (SRI), with the top percentile served to sexed semen and lower ones receiving conventional semen or they get put to a bull. Temperament, calving ease, feet, legs and udders are also demanded.

“They [cows] can be a bit maternal for the first few hours [post-calving], but after that they had better get over it pretty quick. There’s only one boss,” says Mr Westaway.

Mr Westaway credits TMR with improving growth rates by 8-10%, with both males and females comfortably achieving targets of 500kg at 400 days.

Melview heifers have been sold as foundation females for new herds like Dyson Farms and have been exported to Europe. But with the Westaways having taken on another 20ha (50 acres) this year, they plan to retain these to expand the herd to 100 head by 2022.