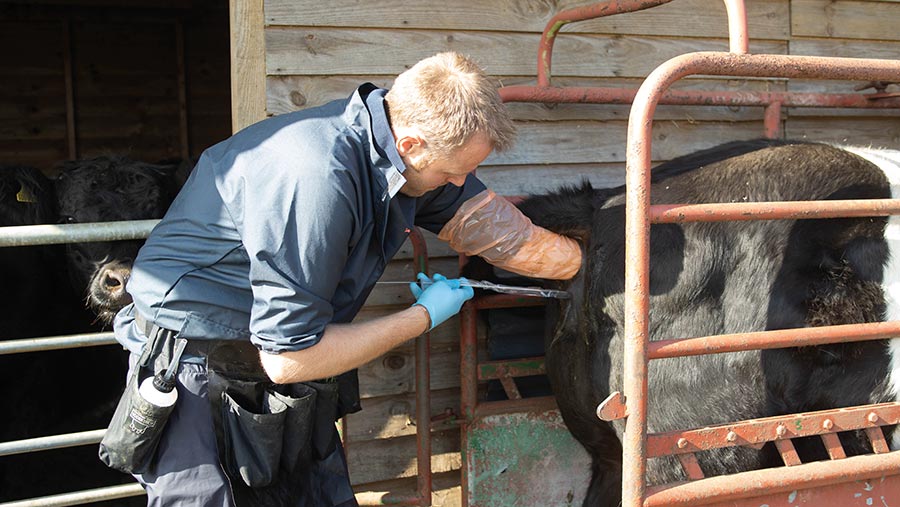 A tight calving block is often desirable for block-calving dairy farmers due to the production, profitability, and management benefits.

However, achieving this can be complex, with a number of different factors to consider.

Below, Laura Gibson, veterinarian surgeon at Westpoint Vets, details the key considerations when it comes to deciding whether or not block calving in six weeks is feasible on-farm.

She also talks about how to facilitate the move.

1. Consider if the farm able to facilitate a tight block

This means looking at buildings to see if there is adequate accommodation to hold a large number of calves at one time.

Six-week blocks are very labour-heavy. This has its benefits, as it means farmers often get a longer break between calving and serving, but it is very intense for that six-week period, so there must be sufficient labour resources to handle that.

2. Do a critical analysis of the herd and correct physical issues

Body condition score (BCS) at calving has a big effect on how quickly cows start to cycle again after calving.

For optimum fertility, aim to calve down at a BCS of 3 and target a pre-mating score of 2.5.

Nutrition will obviously play a huge role in this, so it is worth discussing this with both your vet and your nutritionist to ensure you can meet your targets.

Mineral levels and trace elements can have a big impact on the health of the cow after calving, so this is important for future fertility, too.

Clean checks are crucial for picking up dirty cows and this needs to be done early on (within 21 days of calving) and cows then promptly treated.

Pre-mating, it is also really important to think about infectious disease status. Getting the high levels of fertility will be impossible without eradicating disease from the herd.

Test bulls for fertility six weeks prior to mating as this provides the opportunity to rectify any issues or bring in a new bull, if necessary.

If there is a temporary health issue, then this timeframe allows for the new cycle of sperm to be produced.

It is important to remember that 20% of bulls are sub-fertile – just because they performed last year does not mean they are still fertile this year.

Be selective with sire choice. Look for positive fertility and easy-calving traits. Get your artificial insemination (AI) straws checked.

This involves your vet taking a couple of straws from a batch and examining them under a microscope in the same way as they would a bull fertility sample.

AI refresher courses are really important, too – there is always something you can learn.

You can use a variety of methods to do this, but for optimum results, 85% of cows should have shown heat before the planned start of mating, as this will then help to achieve the target of serving 90% in the first 21 days.

Being able to serve lots of cows relies on cows cycling and having the opportunity to express heat.

If the environment is not appropriate – such as the floors being slippery – then you are not likely to see cows bulling.

6. Carry out further checks on any cows that do not bull in the first four weeks

There are options, such as hormones, to bring non-cycling cows in line with the herd, but this needs to be done immediately as there are not many service opportunities in a six-week block.

If issues are resolved at the beginning, there is a much better chance of getting cows in-calf during those first 21 days.

This involves making hard decisions, but late-calving cows will struggle to get in-calf again in time for the next block.

Some farmers put heifers at the beginning of the block so they can replace any removals from the herd, and this can make the process easier.

If a cow calves towards the end of the block, but you want to keep her on, AI her instead of relying on the bull to ensure you get a timely service.

George Wade has been focusing on tightening up his calving window in his 380-head autumn-calving herd of Holstein-Friesians. 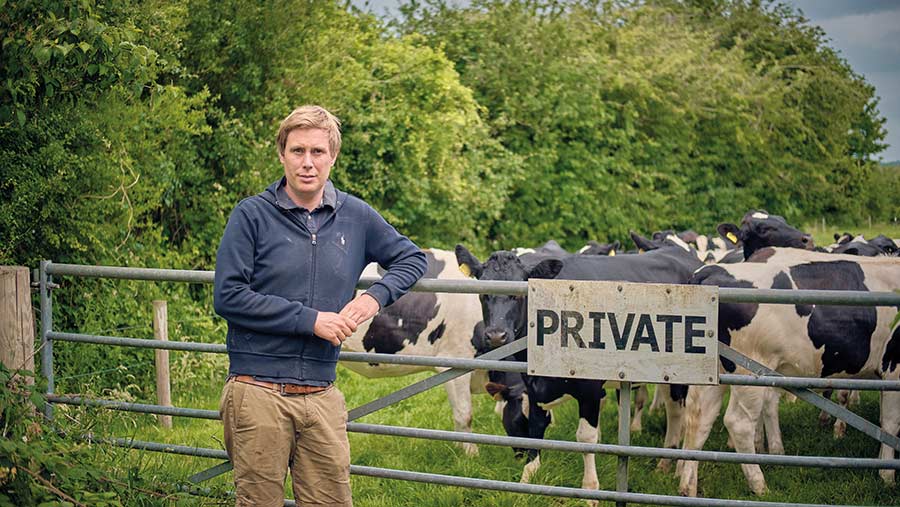 “The tighter the block, the more profit we can make, and we also get a better work-life balance by having calves from the previous block weaned before we start the next lot of serving.”

Currently, the farm is operating a 12-week block and hopes that this will be down to nine weeks this year – with the end goal of a six-week block.

He is targeting at least 80% of animals to calve in the first six weeks of calving (from 1 September).

This gives cows more time to recover from calving, and have two to three cycles before breeding starts again.

Cows are AI’d for 12 weeks starting 24 November. Anything that doesn’t get in-calf within the 12 weeks is then served again in May and sold in-calf rather than barren.

To get to his six-week goal, Mr Wade is focusing on some key areas, including:

While it has not been a quick process for Honeypot Farm, the benefits are worth it, concludes Mr Wade.

“You have got to be patient. We are not where we want to be yet, but we were year-round calving before and there were a lot of things that had to change.

“It takes time to adjust your whole system, but once you get there, it starts making life much easier.”