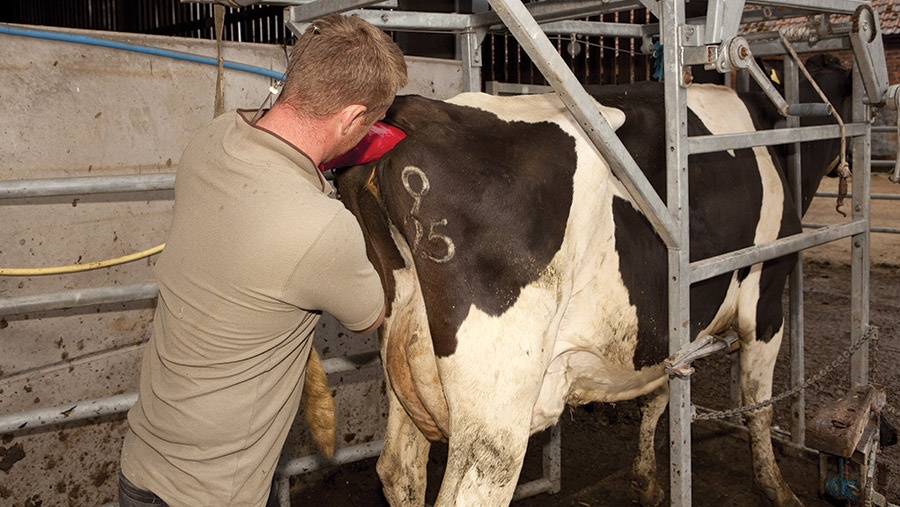 It is vital that fertility key performance indicators (KPIs) for every herd are monitored to track performance and identify weaknesses to optimise fertility.

But with so much data now available at the touch of a button, exactly what information should you dismiss and what metrics should you really focus your attention on?

Vet Stuart Russell, from Nantwich Farm Vets in Cheshire, answers some of these key questions and also takes a look at what targets should be depending on the software you use.

What do you need from a KPI?

What not to monitor

At best, it reflects a herd’s fertility 12-21 months ago and, at worst, it lies.

If you save a few stale cows from the barren list, your calving interval will go up (eventually), yet fertility has improved.

Calving interval should be locked securely in the history books. It has no valid purpose.

Based on monitoring strategies for seasonal herds, these KPIs work well with tight calving patterns, but are heavily affected by “luck” when monthly calving numbers aren’t large.

To make them useful, these KPIs are normally averaged over multiple months or even a full year, making them slow to change. They should only be used when we have nothing better.

Confusingly, some UK advisers call this “pregnancy rate”, which is different from the similarly-named USA KPI (below).

All but the largest herds should not monitor conception risk as it is heavily influenced by which cows were served that week when insemination numbers aren’t huge.

Conception risk becomes useful when averaged over a longer period, especially when troubleshooting.

Higher doesn’t always mean better: you could achieve a 100% annual conception risk if you only ever served one cow per year.

Which KPIs are crucial?

Similar terms: fertility efficiency or % eligible for service which conceived

Relevance: did I generate enough pregnancies in this 21-day calendar period?

Target: using the default DairyComp 305 version of 21-d pregnancy risk, the classic target is more than 21%, but those using Uniform-Agri should add 2-3% to their target.

Other versions of this metric need lower targets. Changing the voluntary waiting period (VWP) used in any of the calculations means higher targets are required, but this is a common trick to make a herd’s 21-day pregnancy rate look awesome.

This is because cows inseminated before the VWP should not be eligible, but this is a mistake some of the software packages make – cows that become pregnant before the VWP are counted as eligible and this distorts the numbers.

The best in the world truly achieve more than 32% with the default DairyComp 305 version, but a net financial return from chasing extremely high figures is not guaranteed.

Which KPIs for very quick feedback?

Percentage pregnant of those presented at pregnancy diagnosis (PD)

Why do software packages differ when it comes to pregnancy rate?

It all comes down to how you define an eligible cow. This should be simple:

However, the matrix has to take account for a number of scenarios. For example, let’s take the 1-20 January window.

All of these animals have to be accounted for:

You can see by the example above, designers of the software packages have lots of complexities to build into a model.