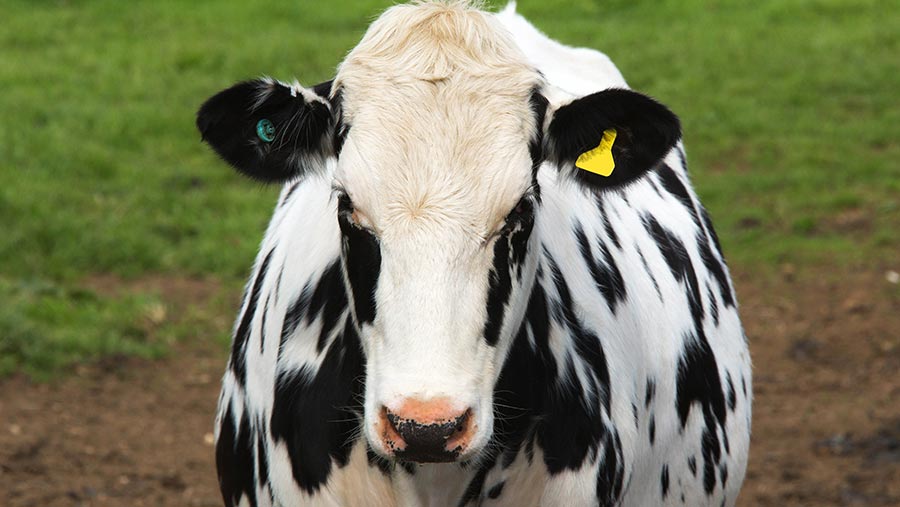 In the UK 36% of heifers are 30 months or older at their first calving. But in order to optimise fertility and milk production from these animals, the target should be to calve them by 24 months.

For this to happen, farmers need to start looking at their heifers differently, according to Alex Bach, research professor in the department of ruminant production at the Institute of AgriFood Research and Technology (IRTA) in Spain.

“We always look at heifers as future cows that produce milk but [we should] also look at them as future mothers because the first thing she will do is produce a calf,” he said.

He summarised these findings and explained how farmers could ensure heifers were calving at 24 months.

The first 70 days of life represent a “golden opportunity” with the calf at its best feed-conversion efficiency.

Prof Bach said farmers should be feeding a minimum of six litres of milk daily, adding: “If you underfeed animals in early life the potential is there genetically but it will not be expressed.”

Avoid grouping calves with a history of disease

A trial of more than 300 heifer calves found that mixing animals that had historic cases of pneumonia together in hutches with clean ones had a negative effect on growth.

Animals affected by pneumonia before weaning and those with no previous history had more disease in groups where calves were mixed, compared with the group of calves that had all been free from respiratory disease before weaning.

Use weight information to group heifers that are underperforming

Targets for calving at two

Underperforming heifers that failed to reach target bodyweight at each check were delayed in the same group and mixed with younger, smaller animals.

They were then weighed every 15 days until target was met, before moving up one group. Results showed that average daily gain (ADG) two weeks later was greater than in non-delayed animals.

“This shows how important hierarchy is,” Prof Bach added.

Be careful when you move animals before breeding

Another trial (Bach, 2011) showed that heifers moved to breeding pens less than five days before service had conception rates of 66%.

In comparison, when heifers were moved five days or more before breeding their conception rates lifted to 72%.

Be tough on poor fertility

Heifers that received more than four services of AI were more likely to fail to finish their first lactation in comparison with those that received two to four, a trial of 14,000 heifers found (Bach, 2011).

The odds of failing increased incrementally from 0.48 to 0.75 as the number of services increased.

Furthermore, heifers that aborted were almost three times more likely to leave the herd before the end of their first lactation compared with those didn’t, another study found (Bach, 2001).

“We should remove these heifers from the herd,” Prof Bach said.

Contrary to belief, calving heifers at a younger age does not increase fat deposition in the udder. In fact, fat in the udder of heifers accounts for just 2% of the total fat in the mammary gland throughout the animal’s life.

Heifer calves born from heifers produce more milk, not less. This is because the foetus doesn’t have to compete with the mammary gland for milk and their genetics are the best within the herd.