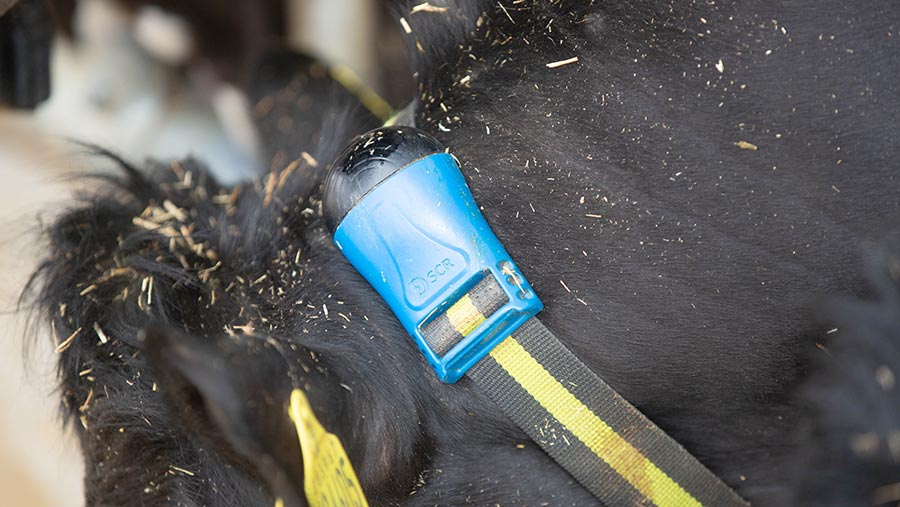 Fertility monitors are widely used to support heat detection in all-year-round calving herds, but more spring and autumn calving systems are now opting for monitors over scratch-cards and tail paints to aid the accuracy of insemination.

Conception rates in block calving herds are generally good, but gains can be made by detecting “marginal” heat cows – those that typically get missed when tail paints or scratch cards are used.

Scratch cards and tail paints identify when a cow is in standing heat but not the optimum service time, and their success is reliant on a skilled technician.

The timing of insemination is not always accurate, and heat detection monitors can overcome this by helping to spot the right time to serve cows, suggests Mike Halliwell of World Wide Sires UK.

“Many cows are served too soon or too late in the cycle or are re-served within the expected time period because they were not in true oestrus at the last service,” he says.

The challenges around the recruitment and retention of skilled labour are another reason why block calvers are investing in fertility monitors.

Vet Dave Gilbert, of Shropshire-based Dairy Insight, says this is a common reason why his clients with block calving herds use technology to aid heat detection – they regard it as a business-risk tool.

“I am seeing farmers using them for different reasons. In autumn block calving systems, there is an increasing nervousness about skilled labour in the future,’’ Mr Gilbert says.

A business might employ a herd manager who is excellent at heat detection, he says, but if this person left it might be difficult to recruit a replacement.

For these farms, monitors offer a degree of security.

Monitors could also have a role on farms where the milk buyer has contract terms that prohibit the destruction of dairy bull calves at birth, he suggests.

“We have clients who inseminate for five weeks then put the stock bulls in.

Which systems are best?

Monitors come in the form of pedometers, collars, ear sensors and boluses, but which is the best suited to a block-calving herd?

Mr Halliwell reckons each can be successful if used as part of an overall strategy, but warns against total reliance on any one system.

“Some have limitations when used in a grazing environment and others are more ‘real-time’ to the cow than others,” he says.

“Personally, I think the eartag-type systems are the most accurate for overall cow monitoring because the head is the driver for every activity, especially when a cow is in oestrus when she continually moves or tosses her head.’’

Some systems rely on the use of vasectomised bulls as part of the heat detection package but Mr Halliwell says this carries a risk of transferring sexually transmitted diseases from infected cows through the herd.

The cost of fertility monitors is not insignificant – for eartag systems prices start at about £70 a cow.

Decisions on whether your herd would benefit should centre on current fertility performance and if you are hitting targets (see table below).

Mr Gilbert suggests the return on investment is greater in autumn calving herds compared with spring calving, where submission rates will already be high.

“Spring calvers have everything going for them at breeding – the cows are outside, they have good traction on the ground and lots of space,” he says.

“I don’t see a tremendous amount of economic value in having monitors in grass-based spring block calving systems because these businesses are mostly achieving a 90% submission rate already.

“In autumn calving herds where breeding is indoors there are pinch points which make it more difficult for heats to be detected.

“So in situations where a farmer might be getting 75% heat detection, if this can be increased by 15% it is an investment worth making.”

These farms have the opportunity to outsource the breeding work, but this comes at a cost.

Mr Halliwell believes fertility monitors offer benefits over and above just improving a herd’s fertility, and this also needs to be factored in when looking at payback.

“With the availability of technology that now does more to aid the overall herd – monitoring for health and eating behaviour – the investment is returning for longer than the service window period,” he maintains.

Farmers may be eligible for grant funding for fertility monitors through the Countryside Productivity Small Business Grants.

But if applying for grant funding for this technology, check that the system you’re buying is eligible.

Some are not regarded as a capital purchase as the cost to the business is from an annual licence or a hire agreement.

Submission to first service rates have doubled in one autumn block-calving herd since cows were fitted with heat detection collars.

“We had always been happy to serve twice a day but now it can be 24 hours after we receive a first alert for a cow before we put a straw in her because we now know when she is at peak service.”

He says it has lifted the opportunity to get cows in calf. 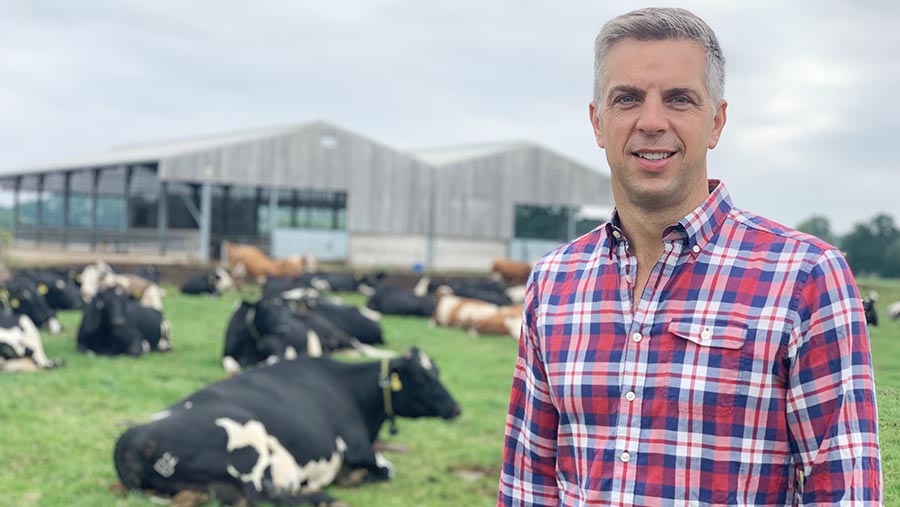 Phil Kinch says the monitors are producing a return on investment

“From the physical indicators alone, even a good herdsman wouldn’t have known to delay her service so long; it is something that only technology can add.”

As a result of the higher submission rates, conception rate to first service using sexed semen is 55% in cows and 64% in heifers, and the six-week calving rate in the 400-cow herd is 86%.

The collars cost £82 a cow but 40% of the cost was met by a government grant.

With fewer cows now leaving the herd, the investment is being returned, says Mr Kinch.

“In the past a cow might have left the herd because we thought she was a bad breeder when she probably wasn’t – it was more likely that she just didn’t follow the conventional breeding pattern.’’

“If you have a system that is working – for instance I have a neighbour who has a very simple tail paint system and has excellent herd fertility because he has an inherently fertile herd – you don’t need technology.

It is a cost that wouldn’t bring any benefit.

“But if your herd is challenged by neospora for example, or you are coming from an extended calving pattern or all-year-round calving, or you are constantly having labour changes, it offers a relatively quick and consistent way of supporting decisions around breeding.’’