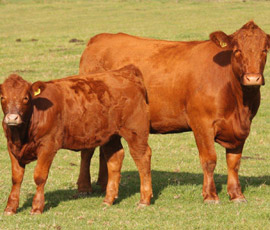 Breeding for feed efficiency has been shown to give a saving of $55 a cow a year and deliver a potential profit efficiency of $50m a year to Alberta’s beef industry alone.

Speaking at the British Cattle Breeders Conference, Telford, John Basarab, research scientist at the University of Alberta said: “Focusing on feed efficiency is crucial considering 56-71% of total costs of production for a cow/calf operation are associated with feed, bedding and pasture and two-thirds of energy consumed is just for maintenance.

“Residual feed intake (RFI) is the key measurement for feed efficiency,” he said. “No matter what breed you measure you will see variation in RFI – low RFI animals are highly efficient, compared to high RFI animals which consume more than they need for their body size.

“The difference in feed cost over 140 days between poor and efficient animals is $36 a head.”

Dr Basarab explained how selecting for RFI was shown to bring the following results:

• Efficient animals tended to have slightly tougher strip loins, but this could be mitigated by processes such as aging

• Efficient dams had greater calf survival, demonstrating efficient animals were more able to cope with stress as they had more nutrients available for a better uterine environment

• Efficient dams maintained their condition better throughout their life