Gadgets and devices to monitor dairy herds are becoming commonplace.

There are established precision technologies for heat detection and rumination, and these remain the most widely used technology in dairy herds.

But there are multiple aspects of cow health and performance now targeted by developers, from infrared devices for detecting injury to systems that deliver lameness alerts.

Below are some of the latest dairy monitoring devices that were on show at Dairy-Tech. 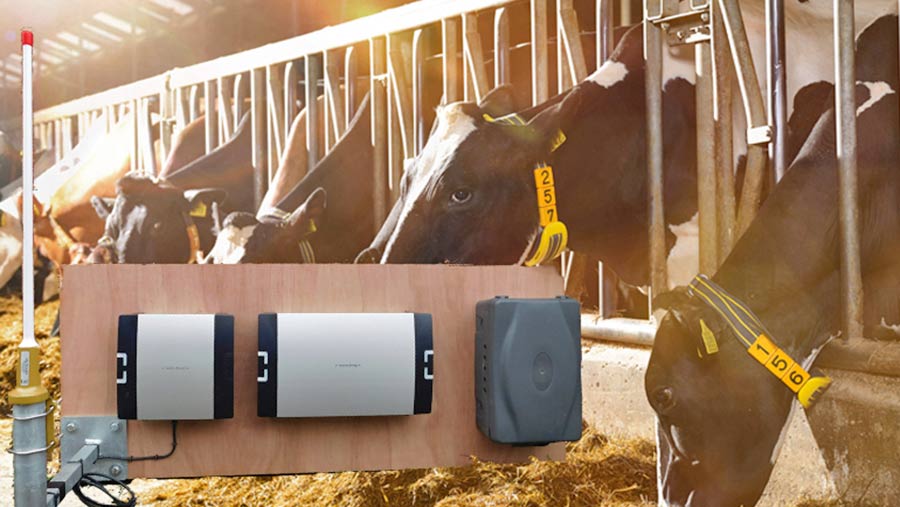 A reader collects cow activity data from collars or leg tags in range of an antenna and sends them to a controller for analysing.

An activity profile is built for each cow, monitoring functions such as eating, rumination, standing and lying times.

After the first seven days, the system can detect abnormal activity by comparing a cow’s two-hour activity period with the corresponding herd average for that same period.

When two consecutive two-hour periods show an increase in “suspicious” activity, a third period converts this into a full heat attention.

These alerts and other information are accessed through a wi-fi network supplied with the system or via a free dedicated online account that allows access from internet-enabled devices.

The internet connection option requires a standard 3G SIM card to transmit the data via the mobile phone network. 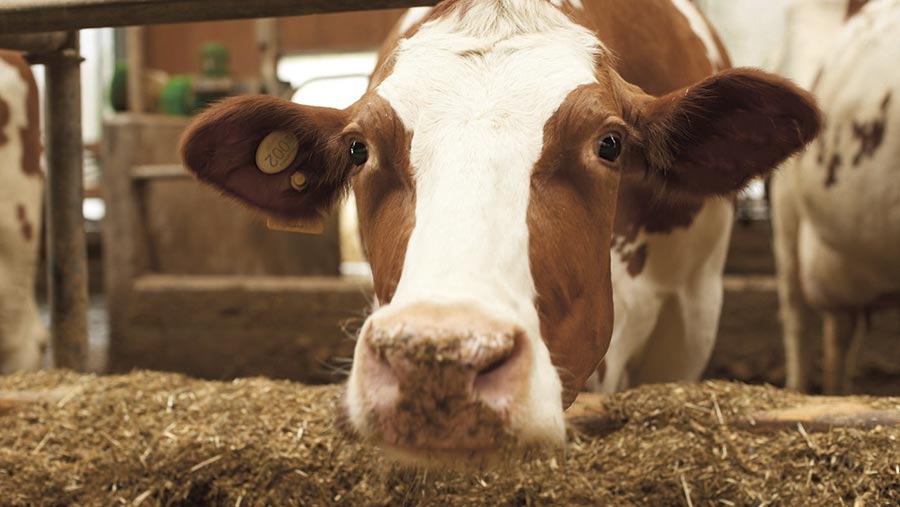 An ear tag collects real-time data on cow location, activity and rumination, and wi-fi receivers forward this data to a local server at the farm.

Each animal’s data is analysed using specially formulated algorithms, and alerts are sent to a smartphone, tablet or PC with information on all relevant behavioural changes, such as anomalies in metabolic performance. The exact current position of the animal is indicated on a digital map.

This information can be used to work out the causes of performance loss, as the data can be traced back to the first day it was collected, allowing farmers to work out if and where management was wrong. 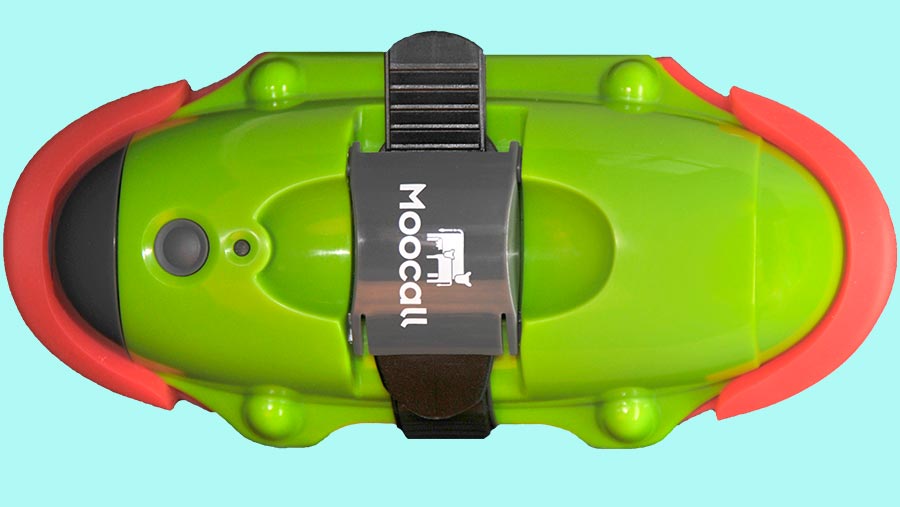 A tail-mounted sensor that measures tail movement to detect calving.

If farmers manage the placement of the device well, six or seven calvings a week can be captured with a single device, but bigger farms may need more than one unit.

It is particularly useful for detecting calvings in stragglers, in heifers, at night or where the farmhouse is distant from the herd or calving areas.

According to the manufacturer the sensor can last up to five years if properly maintained. 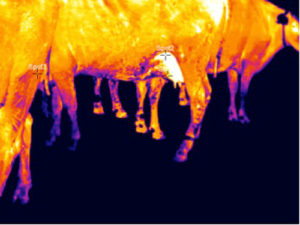 This diagnostic tool applies a colour palette to the different intensities of infrared radiation and generates a thermal image.

So if an animal has an injury or other health issue, the thermal image will pinpoint where this is.

This allows the animals to be treated accordingly and means that the correct treatment or medicine is used, potentially lowering antibiotic usage.

The camera can also be used to scan for bulling activity or early signs of mastitis. 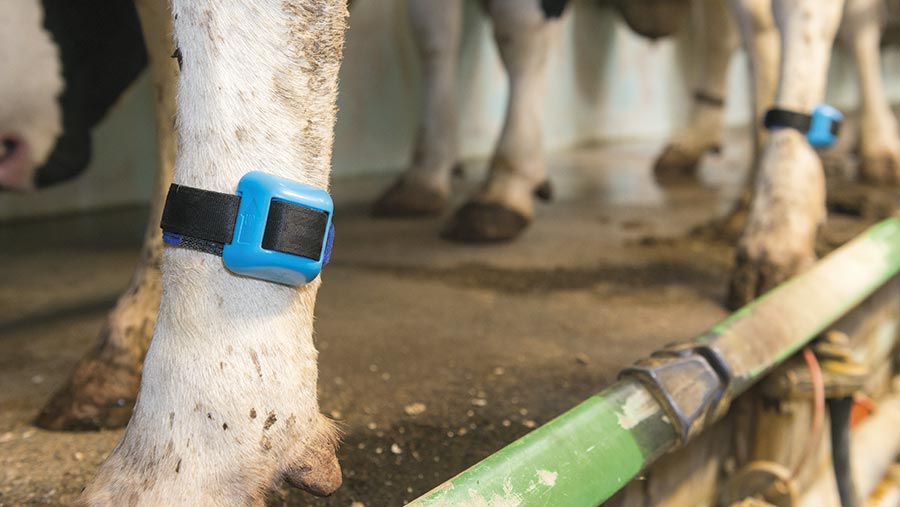 Edinburgh-based IceRobotics has incorporated lameness monitoring into its CowAlert system to identify cows in the early stages of lameness.

This feature comes as a module within the CowAlert fertility and health monitoring system, calculating when a cow begins to walk differently or lies down more frequently and alerting the farmer to a potential problem.

The system is cloud-based, so the alerts and supporting data can be viewed through any device with an internet connection. 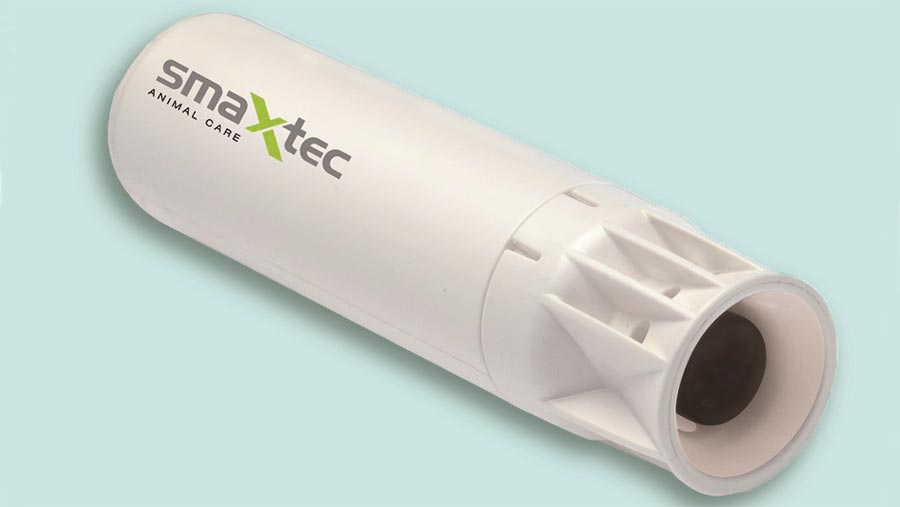 The technology in this bolus measures the temperature in the rumen and the cow’s activity levels, and transmits this data in real time to a base station.

As well as tracking heat and calving status, it allows the user to monitor the drinking behaviour, core body temperature and health status of every animal.

The data can be shared with others, such as vets and feed advisors.

The system’s base station and repeaters require a three-point domestic power supply, but a portable solar battery unit can be used to power these to allow monitoring of cows out at pasture. 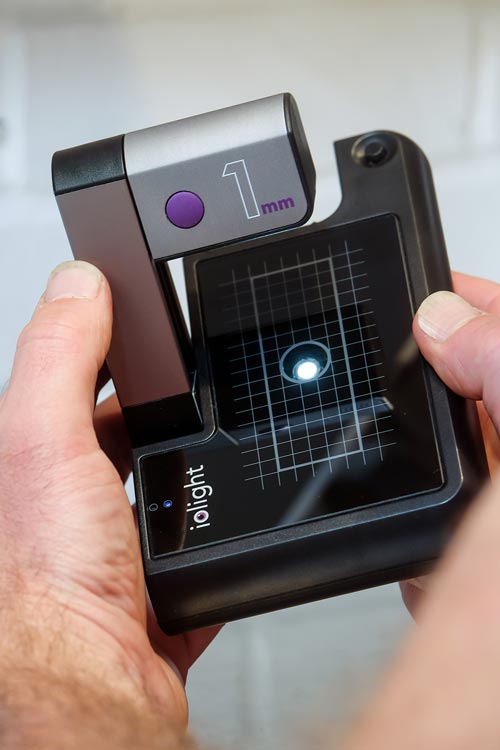 A portable microscope with a similar resolution to a lab model that can be folded to fit in a jacket pocket.

Farmers can test animals they suspect of having parasite infections before giving antimicrobial drugs.

This is done by counting parasite eggs in a sample of the animal’s faeces. Drugs need only be administered if a significant number of eggs are found.

Faecal egg counting (FEC) is commonly done by sending faeces samples to a lab and waiting for the results. Using the microscope in the field or the farmyard means the time before treatment can start is reduced and lab fees are avoided.