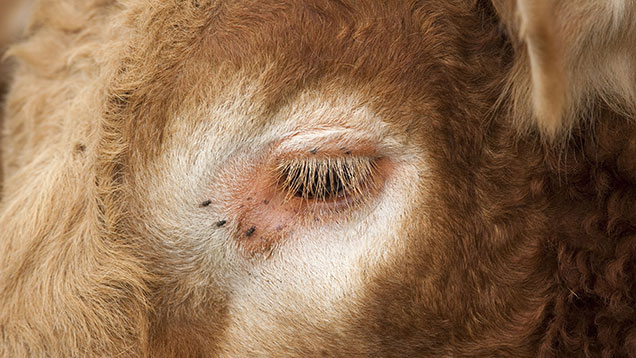 Considering buying a new bull this spring? Our guide to bull insurance answers some key questions.

As the main bull sale season approaches, farmers are being advised to consider taking out insurance to protect their purchases as breeder warranty may not cover against loss of use due to physical injury or disease.

But before rushing in, Gavin Hill, beef specialist at SAC, says farmers must read the small print of any contract or policy very carefully.

“It is vitally important that farmers know exactly what their bull is actually insured for,” he says.

1. What is covered by breeder warranty and by bull insurance?

Breeder warranty only covers bulls against fertility for a period of six months.

If the bull is incapable of serving six females or 50% of the herd (whichever is smaller), or is found to be infertile during the six months, having been in with females for three heat cycles, the vendor must refund the purchase price and any direct expenses, for example, vet fees and haulage.

However, the bull is not covered by breeder warranty if it loses ability or fertility after an accident, illness or disease within this time.

Bull insurance however, does protect the farmer against permanent loss of use due to accident. But this cover is not active until the bull has proven itself by getting at least one female in calf before getting ill.

Bull insurance also covers theft, straying and all risks during haulage, including loading and unloading.

2. At what age can a bull be insured or covered by breeder warranty?

Bulls as young as six months can be insured, but must be no more than five years old at the start of a new policy.

Breeder warranty can apply to bulls older than eight months at the date of sale. The six-month warranty begins either from the sale date, or the date the bull turns 14 months old (whichever is later).

3. How do farmers insure their bull?

Bulls bought at auction up to the value of £10,000 can be covered up to four days after the sale as the animal will have been vet inspected at the mart. Those costing more than £10,000 will require an additional vet inspection within four days of the sale before cover can be confirmed.

Farmers are advised to act quickly after the sale because if cover is not arranged within four days, any bull over the value of £6,000 will require a new veterinary certificate before cover can be confirmed.

4. How much will insurance cost?

The level of cover is the same for all insured bulls, regardless of breed.

Standard rates apply for bulls aged up to six years. This is about 12.4% of the bull’s value, but can vary each year at the insurance providers discretion.

Rates for bulls over six years old are considerably higher at more than 50% of the bull’s value.

Farmers with older bulls may wish to consider insuring them as part of the herd insurance. However, this only covers them against things such as fire, theft or straying.

A typical 18-month-old bull worth £6,000 would cost about £775 a year to insure (this includes insurance premium tax). As the bull ages, farmers can alter the value of the policy which will proportionally change the premium to be paid.

But farmers must meet the costs involved in proving a claim, for example, vets fees, administration and valuations.

Richard Thornton, a beef farmer from Cornhills Farm, Northumberland, wants other farmers to learn from his mistake.

He paid over 5,000gns for a two-year-old British Blue and insured him at the sale for a year, but overlooked renewing his premium after the first 12 months.

“It was a silly mistake and within the next two months he badly hurt his leg and couldn’t work,” he said.

Had he been insured, Mr Thornton would have claimed straight away. Instead he had to nurse him for a year in order to minimise losses.

“It was a case of salvaging what we could, but I still had to borrow a bull from a neighbour, then purchase a replacement, but with a more limited budget this time as in effect I’d had to pay twice.”

This time, Mr Thornton made sure annual reminders were sent to renew the insurance of his replacement Limousin, who at four years old contracted Johne’s.

“Because of the insurance we were able to get him gone immediately,” said Mr Thornton.

Paying for the initial vet visit and samples to be taken were the only costs incurred by Mr Thornton on proving his claim – cost he believes is negligible compared to the full value of a bull.

With many bulls today of significant value, Mr Thornton’s advice for any farmers on the sale circuit is to insure the bull immediately after the hammer falls and for at least two years.

“Read the contract thoroughly and make sure you’re covered for what you think you are because losing an uninsured bull is a big loss.”