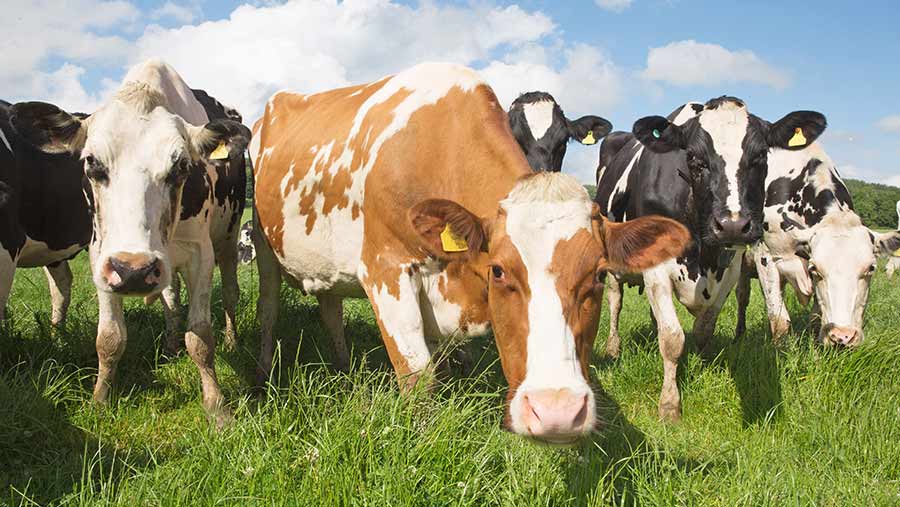 Practising farm vet Dave Gilbert, who has 13 years’ experience working with block-calving herds, says the first steps are working out when you want to start, how long you want to calve for, what the desired output is and how much input is needed.

Thinking about the timing of calving can be particularly important with staffing – calving in August might be harder with staff who want time off for school holidays, for example. Therefore, it is important to pick a time that works for the farm and the team.

Likewise, a shorter calving period can be easier in terms of work-life balance, but it does require more resources for that window, so might not suit all systems.

As part of a series of events run by AHDB Dairy, Mr Gilbert has been advising autumn-calvers on how to improve fertility in their herds.

The key areas that need to be focused on are:

Target: Below 5% on all of the above indicators – ideally 2% or less.

Action: Above 5%, respond and attend to the problems.

The aim should be to get to the optimum body condition score at drying-off and then hold it across the dry period so cows are calving at optimum BCS.

Target: 85% + of cows at the right body condition score for that point in the season. With no more than 10% either side.

Do not use average body condition score for the herd – this number could look fine on paper but actually be calculated from extremes of BCS either end of the scale.

Action: If not hitting the BCS targets there are three options:

1. Segregate a group that are not at the right BCS and manage them differently.

2. Leave as one group and treat differently, for example varying in-parlour feeding.

3. Reduce demand on cows not at the right BCS – for example, by reducing milking frequency.

Change induces stress in cows and stress reduces conception rate and follicular quality. Therefore, it is key to get cows settled in the breeding environment for several weeks ahead of mating.

Even if grass is growing well, it is important to avoid the temptation to leave cows out longer and graze right up until breeding before bringing them into the shed.

Because the egg is developing six to eight weeks before breeding, an infection will affect the survivability and quality of that egg, so it is key uterine health is looked after.

There are various ways to check for metritis, but the assessment is key and it is worthwhile checking every cow.

One way to make this process faster and easier is by using the Metricheck tool for internal assessments rather than a clean, gloved hand.

The tool, available from various online sites, is smaller than a human hand, so can cause less trauma for heifers and can speed up checking, letting you assess 200 cows an hour.

Using tail tape to mark cows that have been checked and cleared or treated can help identify individuals that may need follow-up checks.

Discharge should be classified from one to five:

Anything from 2-5 will delay the heifer or cow getting in calf.

Action: Treat if the score is anything from 2-5.

It is important to consider the cow’s environment for the planned start of mating (PSM).

Cows will avoid bulling and heats may be harder to detect with conditions such as:

Action: Check and improve environment where possible. Review each year as weather changes.

Starting detection early and keeping good records of heats is key. All staff involved should be thoroughly trained on methods of detection.

If the breeding season is expected to be harder because of body condition or health problems in the herd, consider the aids available, as they all detect slightly different measures.

If preparation for mating has been managed will, non-cycling cows should be avoided.

Target: 85% should have shown a heat before PSM.

Action: Start detection four weeks before PSM, ensure staff are trained well and recording is accurate and use aids properly where appropriate.

The system needs to be set up to identify cows when they come into intense heats so they can be served correctly. Good staff, capable of accuracy are key.

A clearly visible breeding chart on the wall in a team area can help everyone keep on track – keeping this on a computer is not a good idea unless everybody looks at the computer daily.

Better conception rates are likely from a good job of serving twice daily, but it is a time trade-off, so depends on the system. 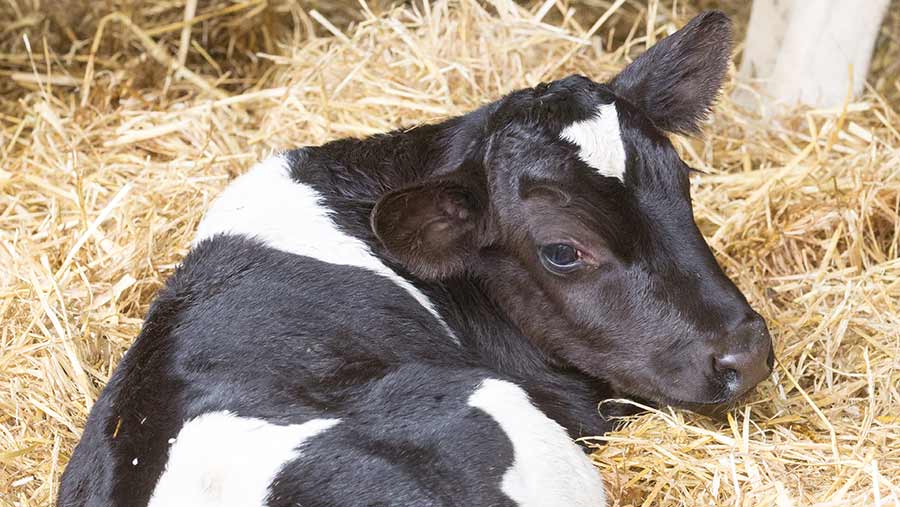 Getting cows calved early in the block

Nothing influences fertility more than when in the block a cow calves, because recovery time is critical.

The later a cow goes in the calving window, the less likely she is to get back in calf, with likelihood reducing by 0.5% each day.

A low-end empty rate (number of cows not in calf at the end of the breeding season) is not a good enough measure because a longer breeding and calving season will make fertility management challenging. It is better to look at:

The aim should be to calve more than 90% of the herd in the first six weeks, so working out how many cows are wanted at peak milk is a good starting point and you can work back from there.

This is because if you are targeting 80-90% in calf at six weeks, you will not achieve 90% calved in the first six weeks due to losses. For every month, it is typical to lose 0.5% of pregnancies to abortion, so 3-4% will be lost before calving, and then 4-5% of cows in milk will be lost in the first 30 days.

Therefore, the six-week in-calf rate needs to be 8-10% higher than the number of cows wanted at peak milk.

Using more traditional data targets from year-round-calving herds may not be relevant to block calving systems.

These may not be achievable at certain times of herd growth. Especially for the first few years while developing experience and cow type, it’s important to work towards industry benchmarks, but have realistic, herd-specific targets.

It is easy to change certain numbers to improve specific KPIs on paper, but it is overall business performance and profitability that ultimately counts.

Different people measure KPIs differently, so before comparing, know the calculations behind the numbers.

For example, have peers calculated their six-week in-calf rate with the number of cows at pregnancy diagnosis, the number in peak milk or the number that were due to calve in the dry yard?