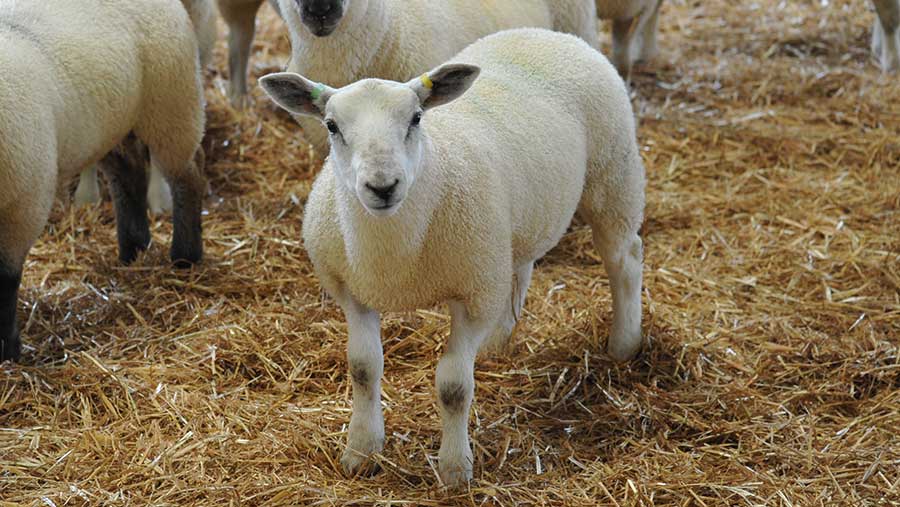 Data from the progeny of Texel, Meatlinc, Charollais, Suffolk and Hampshire Down rams, collected over the past two years as part of the RamCompare project, will enable the creation of EBVs for slaughter age, carcass weight, carcass conformation and carcass fat.

AHDB sheep scientist, Liz Genever, who is one of RamCompare project managers, said these EBVs will be available in 2018.

“We have been able to generate these EBVs as we have collected data on these commercially relevant traits from nearly 8,000 lambs with known parentage over two years.”

Detailed findings from the first phase of the project will be published at the Sheep Breeders Round Table conference in November. 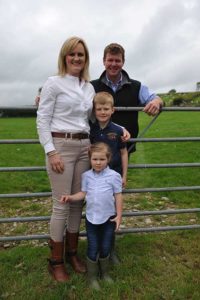 Sion and Claire Williams with children Harri and Cadi

However, during a recent meeting with farmers at one of the RamCompare farms – Pistyllgwyn near Llandeilo – hosted by project partner, Hybu Cig Cymru (Meat Promotion Wales), there were some glimpses into what the industry might expect.

Sion and Claire Williams tested Texel, Suffolk, Charollais and Meatlinc rams on Aberdale ewes in the first year and on their Aberfields in the second.

Of those, 89% had unassisted births and achieved an average birthweight of 4.3kg.

There were wide variations in the number of progeny produced – in one year, one ram produced just seven lambs compared with 91 from another.

“The target was a minimum of 50 lambs per ram but rams have been used on other farms and in other years so the numbers will build,” said RamCompare project co-ordinator, Bridget Lloyd.

There are also “meaningful variations” in fat and muscle depth between breeds, says Dr Genever.

Carcass confirmation has also thrown up some notable differences.

For example, 83% of the progeny from one ram achieved E and U grades but for another ram just 47% hit those specification targets.

Fat classification is also a point of interest.

More rams of different breeds will be tested for the second phase of the project; farmers have until June 26 to submit a nomination.

“This could be any terminal breed, we’ve received nominations for a number of new breeds to the project including Poll Dorsets, Southdowns, Bleu de Maine and the Beltex,” said Dr Genever.

As a business with a maternal sheep flock, Sion and Claire Williams said they have been asked why they are interested in pedigree terminal lines.

“We are commercial sheep farmers and if there is an ounce of data that makes a difference to our bottom line then that is important to us,” said Claire.

“It is a bold move to put rams through a progeny test on a commercial farm but we have had some excellent rams, they are a credit to their breeders, and they have been robustly tested.”

Semen has been collected from three of the RamCompare rams – a Texel, Suffolk and Charollais – and is available free of charge to breeders subject to a number of conditions. For instance, the flock must be Signet performance recorded.

Further details and an application form can be found at the RamCompare website or by contacting bridget.lloyd@ahdb.org.uk.