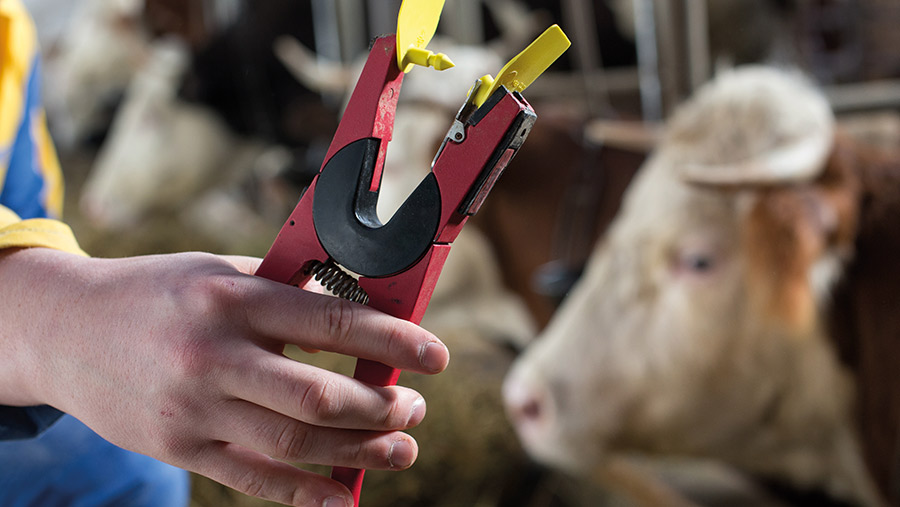 It has reminded farmers that animal identification and traceability underpins food safety.

The warning follows the Ballinloan Jaegerbomb scandal, and the Trading Standards review of the Bells of Hilltop Farm Cumbria, which resulted in a £20,000 fine.

See also: Lim-gate: What next for EBVs?

“If it is perceived that measures to correctly identify animals are poor, consumer confidence in the safety of beef, and possibly dairy produce, could be lost,” Defra told Farmers Weekly.

John Royle, NFU chief livestock adviser, leapt to the defence of the industry, stating those purposefully breaking the rules are “most definitely in the minority” of farmers and breeders.

He added that many pedigree societies were now adopting DNA testing to confirm parentage, with most (about 96%) of all births recorded online through farm software or direct on CTS online.

“It is for the breed societies to police their own herd books, hence the DNA and genomic testing becoming the norm,” said Mr Royle.

The Aberdeen Angus Cattle Society is among a growing number of societies to make DNA verification mandatory. The rule for first-calved females came into force in June 2020 and bulls have needed DNA verification since 2017.

Robert Gilchrist, the society’s chief executive, said: “It costs a lot of money to undertake but it’s worthwhile, and it keeps us ahead of the curve compared with some other breeds.”

Aside from consumer confidence in food safety, many in the industry fear fictitious dates of birth and the “tag late and feed early” approach is undermining industry confidence in estimated breeding values (EBVs).

Mr Gilchrist reassured breeders that the EBV system catches people out in the long run, adding:

“We rely on the Breedplan performance-recording system to alert us to anomalies in data, such as weight gain, dates of birth, calving ease and calving intervals.”

He underlined the role the EBV system had in policing performance data in a non-biased, computer-generated way that was less time consuming than herd inspections.

National Beef Association chief executive Neil Shand said breed society inspections he had been involved with had found very few errors, adding genuine mistakes on gender or sire could be made.

Mr Shand said: “Pedigree breeding is seen as the Rolls Royce of the industry – we look up to breeders and trust and rely on them to lead from the front.

“We are fortunate in the UK that breed societies operate under autonomy, unlike much of Europe, where they are linked with government organisations.”

He added that global beef demand was massive and stressed the hard work that has gone into maintaining the high reputation UK beef traceability, health, and welfare.

“We need to ensure we maintain these standards and possibly improve further in the future.”