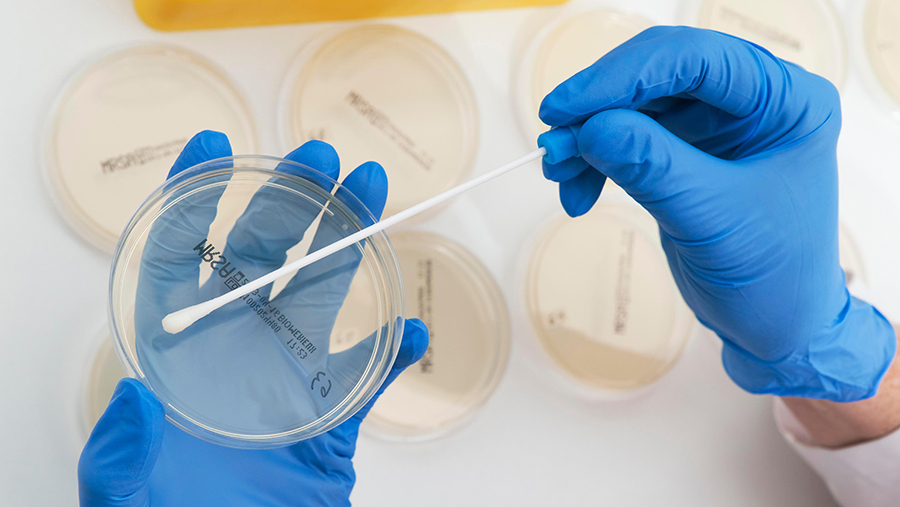 The European Food Safety Authority (Efsa) stated in a report this week (5 June) that WGS could be adopted over a five-year period from 2021-2026.

This will be a departure from the current resistance testing method, which evaluates bacterial resistance to specific antibiotics individually, using phenotype to test bacteria, rather than a genetic analysis.

See also: 5 steps to reduce antibiotics use in your pig herd

WGS works by determining the complete DNA sequence of bacteria and assessing whether bacteria will be susceptible to drugs or not.

The new method predicts antimicrobial resistance more efficiently and will create a dataset to be used for other disease studies, with a focus on data collection and gathering.

A methicillin resistant staphylococcus aureus (MRSA) genome survey at either pig farms or pig abattoirs was mentioned as a future possibility.

The benefits of sampling on pig units included being able to study bacteria early and evaluation of risk factors around farms.

Abattoir-based surveillance was deemed less costly, but was open to cross-contamination risks from pigs from other holdings and changes in MRSA status during transport or lairage.