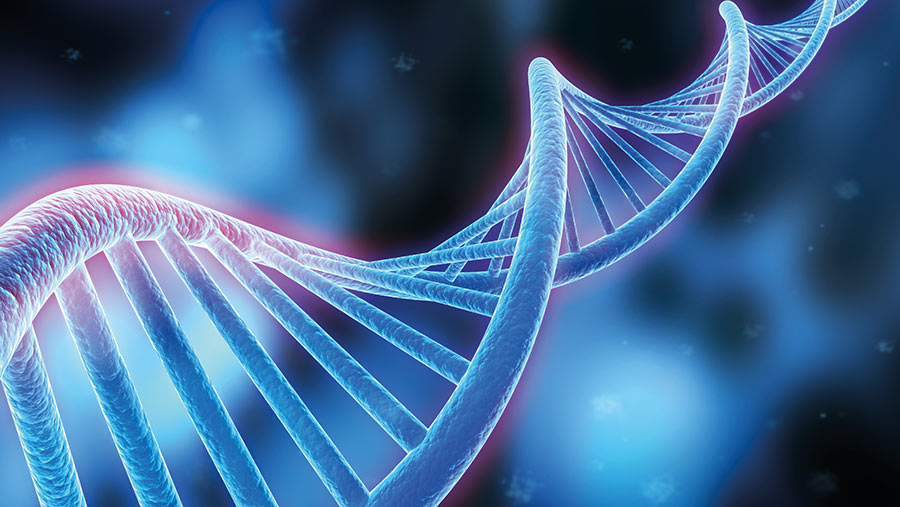 All registered Stabiliser animals being used for breeding from 2020 onwards must undergo genomic testing from next year.

The Stabiliser Cattle Company hopes this move will offer better traceability and accuracy, and speed up genetic gain.

It is the first beef breed society in the UK to offer genomic estimated breeding values (GEBVs) for all 11 productions traits, with individual figures available to view on the society’s website.

See also: Stabilisers feed efficiency value could save £100 an animal

About the new rules

From 2020, any animal that has not been genomic tested cannot be sold as a registered breeding animal.

What is the difference between GEBVs and EBVs?

Estimated breeding values (EBVs) for an animal are based on the average of the dam and the sire. As more data on that animal becomes available (the data from the animal itself and then data from its offspring), the EBVs will change. Accuracy improves as more data is collected, which can help paint a truer picture of the performance of its offspring.

Genomic measures are calculated when the animal’s DNA is analysed to see what different groups of genes the animal is carrying. This is then compared with all the other DNA in the database to see if other animals have similar genes and what their performance is like.

The Stabiliser Cattle Company is fortunate to have access to a large reference population due to close genetic links with the breed in the US.

Recording all registered breeding animals will bring big benefits to the breed, says society business manager Seth Wareing. “We are excited to be launching this and to be the first breed society to offer genomic EBVs for all production traits. We expect to see genetic acceleration by using genomics in the next three to five years.

“By making genomic testing compulsory for all breeding animals, it means we will be recording the good, the bad and the ugly, which will give us a truer picture of the performance of animals. We initially started this journey to offer full traceability and parent verification, but as an added bonus, we get the genomic data too.”

How it will work in practice

Once an animal’s sample has been sent off for genomic testing, the data will be uploaded regardless of what the test result shows.

If an animal’s DNA sample is sent off at birth, the results of that animal’s GEBVs will be available by the time it is six weeks old. Mr Wareing adds: “At that point, a decision can be made on that animal whether to keep it for breeding or sell it for slaughter.”

Genomic testing costs about £30 an animal. Despite this, producers are keen to adopt the technology.

James Dixon, 2019 Farmers Weekly Beef Farmer of the Year finalist and society member, says: “Genomic testing presents us with an opportunity to more accurately select the best animals for breeding from just after birth, rather than waiting until they are too old. It is another management tool in our armoury to help us make informed decisions and speed up the rate of genetic gain.”

He is using embryos to breed bulls and females and believes genomics will help him to select the best genetics to bring into the herd.

Mr Dixon, who runs a suckler herd of 200 Stabilisers near Kendal, has tested eight stock bulls and eight young bulls, as well as 65 heifer calves. He has not seen his figures yet, but says he will use them to assess the herd and address any areas that have a low GEBV.

The Stabiliser Cattle Company is encouraging members to test only those animals they are considering breeding from. Mr Wareing adds: “We would recommend members to do their phenotypic checks and eliminate any animals that are not good enough for breeding at that point, essentially taking out the bottom third of the herd. The other two-thirds should then be tested.”

From next year, the breed society is looking at bringing out a commercial test that will allow farmers to test cross-bred animals.

Initially, this will only be available to animals that have a direct association with the Stabiliser breed – for example, if the animal is by a Stabiliser bull or cow. But as more data becomes available, this will be expanded to other breeds.