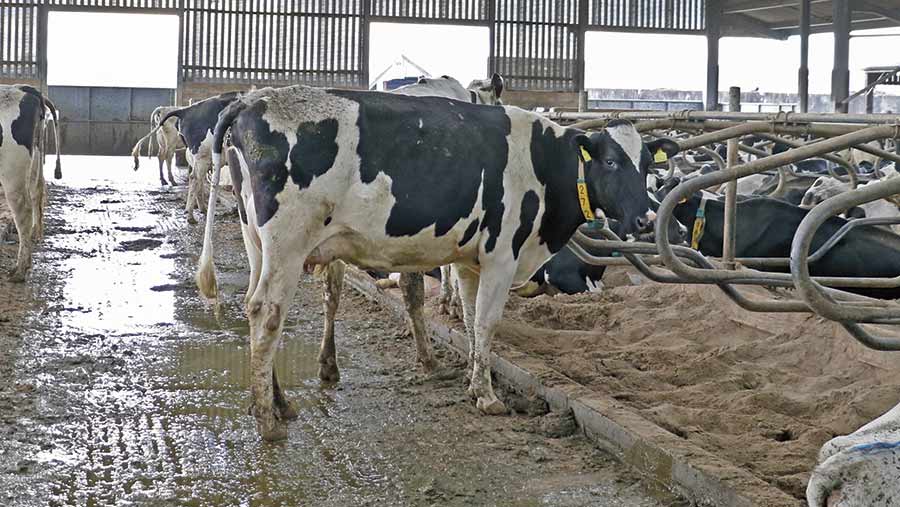 Since the genomic test was made available to commercial producers in 2013, UK dairy producers have had the ability to test females and use genomic bull semen within their herds to speed up genetic gain.

But are UK producers as advanced as the Americans who have had this tool at their disposal since 2009? And how do genomic goals and breeding protocols in the UK differ to theirs? 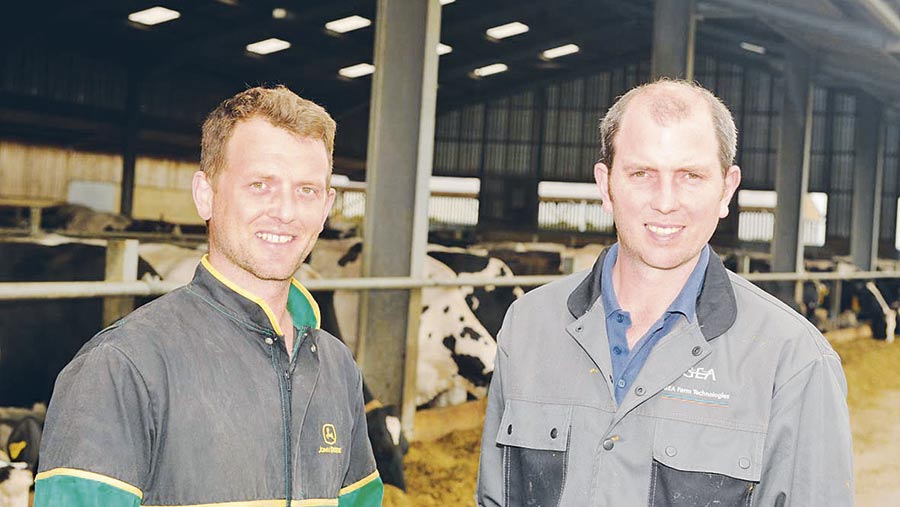 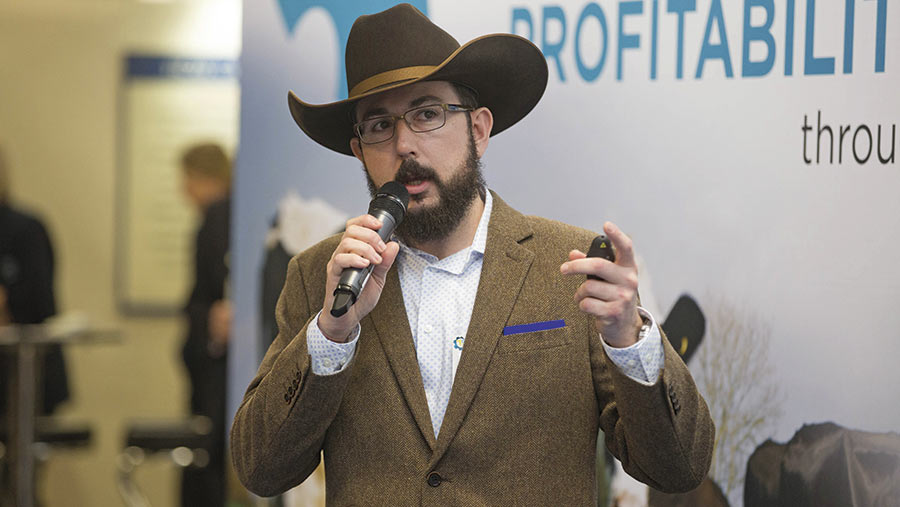 If they are not pregnant after the second straw, they go to our homebred stock bull. Cows receive 2.5 straws of conventional semen on average

LG: Heifers get served twice to sexed [genomic] semen and then conventional [genomic]. Our heifers never see a beef bull. My aim is for every single replacement hitting the ground to be out of heifers.

Once I have enough replacements, the aim is for everything else to go to beef to provide extra revenue.

How you are using genomic bulls and what traits your look for?

A bull must be at plus 600kg of milk. Then, we look at somatic cell count – they must score -10 or lower; fertility has to be positive and then we look for type (they have to be +2 on mammary and +2 feet and legs, and positive on teat size).

We are looking for sires that are positive for Sire Conception Rate (SCR) – bulls must be positive on SCR – but not all companies publish SCR, which is a problem.

It would be good if AHDB Dairy could publish a UK figure for SCR. Calves hitting the ground now are mostly by Modesty and Jedi.

LG: I look for health and fertility first and foremost. I believe in a healthy cow that lasts; I want five lactations. More importantly, she needs to be a cow we don’t have to treat.

Then I look for fertility and conception, along with milk solids and functional type. If bulls are negative [for SCR], I don’t use them.

Do you genomically test heifers born on the farm?

Millers: Yes. We genomically test heifer calves to help improve our genetic gain within the herd and use that data to help breed replacements.

LG: Every single heifer calf is tested. We test them young and keep the test. Once the calf has been weaned and is healthy, we will then get the results analysed.

I do this because I don’t want to waste money retrieving data on animals that won’t be part of our population. We use the Zoetis Clarifide test, which costs about $35-$40 (£30).

We want our animals to average NM$ (Net Merit) 450-500, but that changes every six months as we get new genetics coming into the herd and we will re-base.

Are you using ET (embryo transfer) or IVF?

Millers: We were using ET to flush our best animals, but we have stopped it because we weren’t getting enough heifer calves. At the moment, IVF is too expensive at around £1,000 per pregnancy.

LG: We harvest oocytes from about 60 of our best animals each month using IVF. We then fertilise these eggs with genomic semen and the resultant embryos (300 a month) are transferred to recipient cows. T

hese are animals of lower genetic merit – heifers or cows – and produce a value-added calf.

What have been the stand-out benefits of using genomics within your herd to date?

Millers: Milk production has gone up by 2,000 litres a cow and we have seen a genetic gain within the herd. We also have a more consistent herd of cows.

What have you learnt from each other’s systems and what may you now change as a result?

Millers: We need to concentrate more on pregnancy rate. I would consider pushing out our VWP to get better overall conception rates to maximise pregnancy production.

I would definitely use IVF, but at the moment we need more people in the UK using it to make it cheaper. Levi can develop his own IVF programme because he has the scale.

LG: The importance of lighting -200 lux threshold and having 18 hours of daylight and six hours of darkness.

We are an open lot and we have a lot of sunny days; a benefit that UK dairymen cannot rely on with the difference in climate.