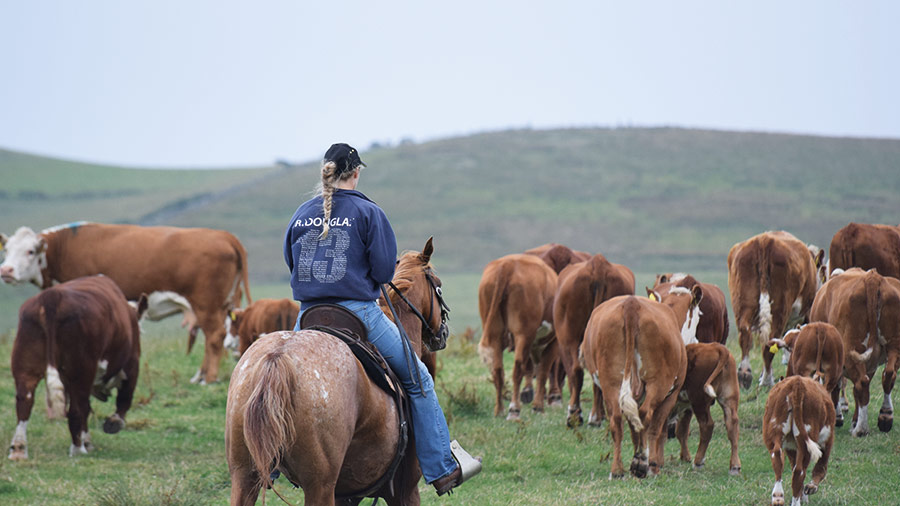 Back then, the farm would typically sell 15-20 bulls a year, mainly to dairy farms looking for short-gestation, easy-calving bulls that were good on their feet. 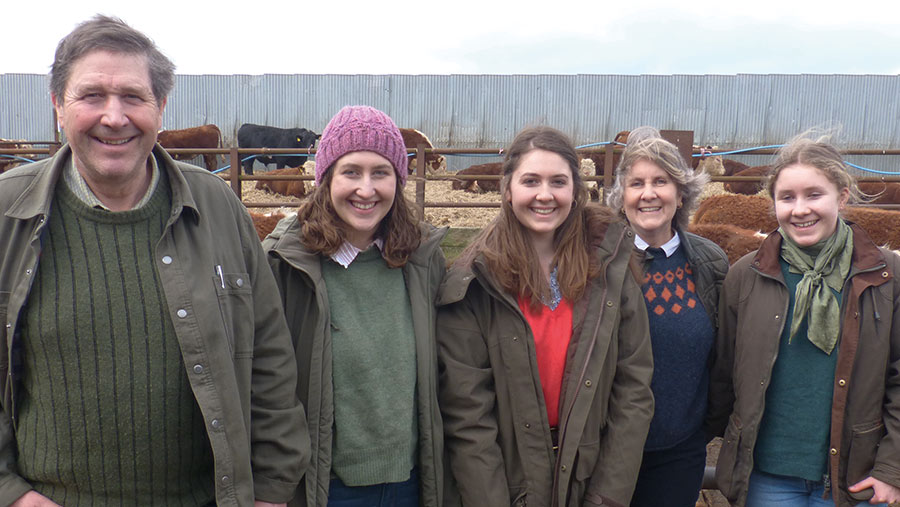 But now Ervie Herefords sells about 25 bulls into commercial and pedigree suckler herds and more than 50 to dairy farms.

John and Alexandra Douglas believe Line One genetics, as well as the farm’s unwavering focus on low-input, forage-fed cows, have caught breeders’ attention.

The family’s interest in Line One genetics started back in 2004, when Mr Douglas attended the World Hereford Conference in Australia and saw several large herds with Line One influence.

After doing some reading and going to the 2005 Denver stock show, he got to know Jack Holden of Holden Herefords, who marketed his cattle as “Line One-bred”.

By working with US ranchers who bought cattle from the Line One sale in Montana, Mr Douglas imported the closely bred cattle to breed easy-fleshing cows that achieved good performance from low birthweights.

All three herds have been influenced by Line One genetics.

“Travelling to Montana and viewing the Holden and Cooper herds motivated me to replicate how they operated, but in our temperate British climate,” explains Mr Douglas.

“I was also convinced to operate and market my cattle completely unconnected to and unaffected by the show ring, with selection traits in line with commercial, low-cost beef production.”

Impact of Line Ones

Line One genetics have increased herd uniformity and eradicated any occasionally large calves and difficult calvings.

Most calves are born weighing 39-42kg, with 45kg typically being the heaviest the farm sees.

“Before, when we used artificial insemination to introduce bloodlines, we would find that many bulls would produce some big calves requiring assistance and that they were not reliable for that trait,” says Mr Douglas.

“Unless a cow has a breach presentation, we do not expect to have to assist her.”

They are genetically so different to other Herefords, US ranchers can use them as an outcross on pure Herefords or use them in a cross-breeding programme for more heterosis (hybrid vigour) – such as with Angus for a Black Baldy.

Because the line-bred genetics are 32% inbred, this tends to suppress growth and yearling weight slightly on individuals in the Ervie herd.

However, the end goal is for customers to buy Line One stock and capitalise on it by increasing heterosis on their own farms.

“That is what we rely on for sustained support from our repeat customers and it is what has brought us the customer base we have. We are not in it for a quick profit: our business must be long-term.” 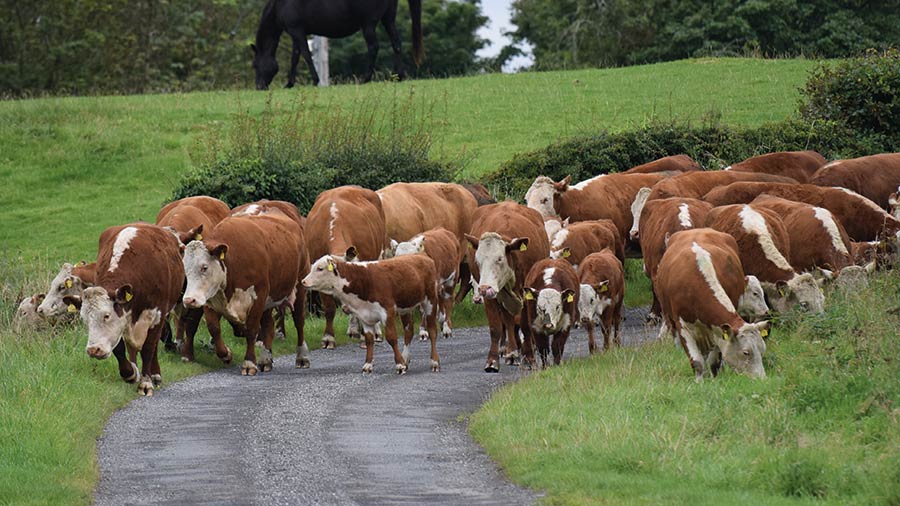 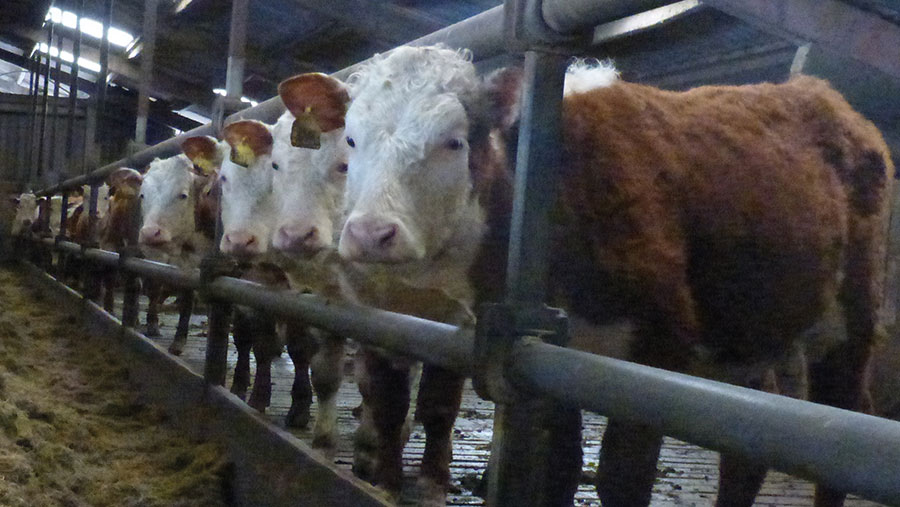 What are Line One Herefords?

Line One Herefords are extensively managed line-bred cattle that have been selected for yearling weight in a low-input system in a research herd in Montana since 1934.

The herd is managed by the US Department of Agriculture at Fort Keogh, Montana.

Line One was one of 10 lines to be studied in the 1930s and 1940s, with the original idea of crossing inbred lines for commercial production coming from hybrid corn.

The result has been extremely hardy and fertile cattle offered for sale to commercial US ranches.

The herd currently numbers 70 cows plus followers and is about 32% inbred.

What is line breeding?

Line breeding is highly strategic inbreeding with a goal of maintaining a high relationship to an outstanding ancestor while keeping inbreeding as low as possible.

To manage risk of deleterious recessives (birth defects etc), inbreeding is calculated through a computer system to limit the generational increase in inbreeding to less than 5% per generation. Importantly, the line proved to be very safe for recessives and genetic abnormalities over time.

The Line One foundation sires were Advance Domino 20 and 54, both sons of Advance Domino 13, who was a son of Prince Domino, a noted Hereford sire from the early 1900s.