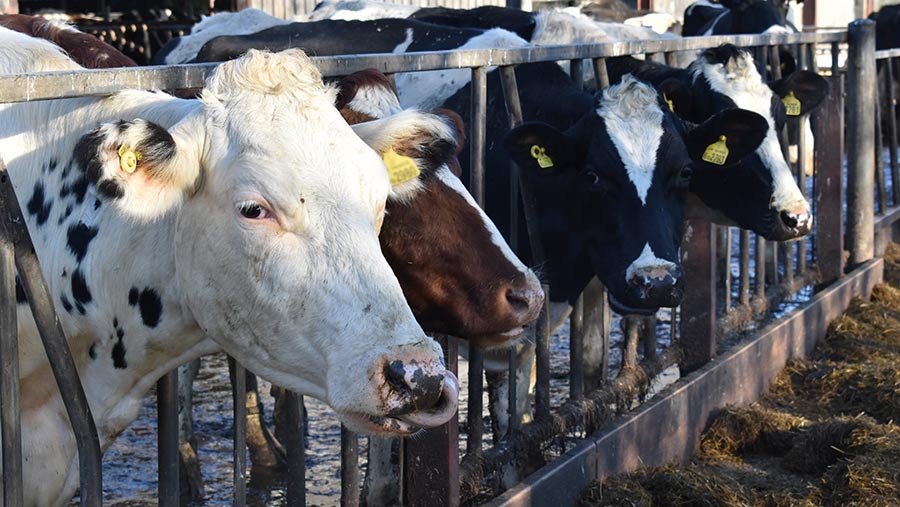 A robust replacement strategy can bring a host of benefits to dairy farmers, including better performance and improved profitability.

The transition started in 2016 and the idea came about after looking at the AHDB figures on profitability.

“Being profitable requires focus, and I felt we had lost a bit of this within our previous system,” he says. “I thought it would help us to be more efficient if we concentrated our efforts at calving into one point of the year.”

This refocus has involved an accumulation of tweaks across various parts of the system. The farm is now in the top 5% of performers for autumn calving, ranked by genetic merit.

“We are also currently running at a replacement rate of 19%, with the goal being between 20-25%, which is really pleasing.”

Mr Cotton likes to keep things simple and get as much milk from grass as possible – about 50%. This is the only part of the system that has not really changed.

“Cows are grazed from late February/early March until the end of October – depending on the weather – and then housed on a diet of rapemeal, caustic-treated wheat and good-quality grass silage.”

The herd is kept as one group, and the heifers in another. This has simplified management from a feeding perspective.

“Heifers are brought in at the beginning of November and put on a transition diet of best-quality silage, with either 1-2kg of rapemeal or caustic wheat – depending on silage quality – to help with fertility.” 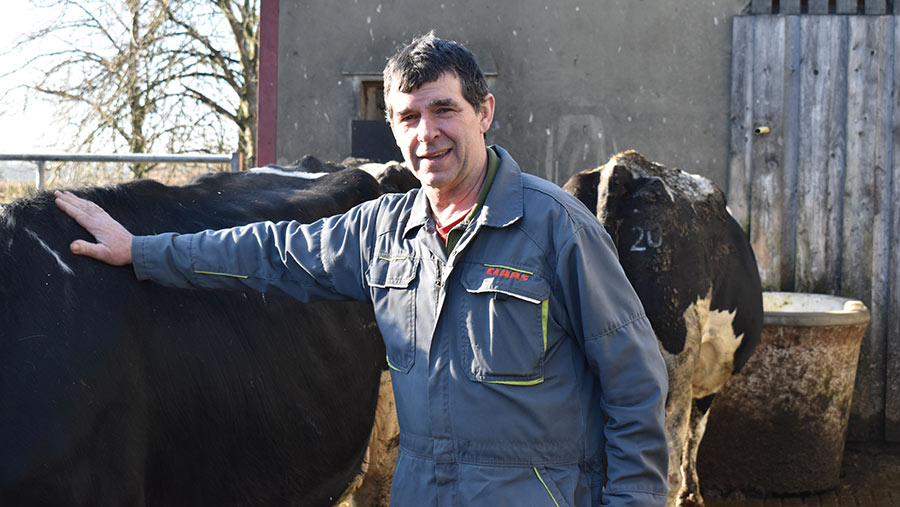 The focus for breeding is now on producing smaller cows. Solely sexed semen is used, serving after calving in November. For heifers the aim is to calve down at two years old.

In the previous system, there were several issues with breeding management. This included producing heifers that were often too tall and narrow for the setup.

“We put it to our breeding consultant [Keith Gue of Huddlestone Farmers] to produce smaller, stronger heifers that still gave the litres.

But yield is not the be-all and end-all – solids are important for us too. We have always bred for good butterfat and protein, and we wanted to keep doing so.”

Picking the right bulls is an important part of the strategy, he adds. “A key priority is that the sire has to be the right size. We do not want anything too big, and certainly not something with added stature.

“But we still want strength through the chest. Fat and protein are obviously essential, too.

“And then there are the more general traits like fertility, somatic cell counts and so on.”

Mr Cotton says he is seeing the best genetics from the youngest animals. A tight block puts the most fertile of them right at the front when it comes to serving.

“We use an IceQube heat detection system in the parlour, but on heifers we just use scratch cards, stuck on well with carpet glue, and that is really effective.

“Cows are only served to dairy if they come into heat in the first three weeks – anything outside this window is put to Aberdeen Angus.”

Calving takes place between 1 September and 15 November. Calves are reared in groups of 50 on calf-feeding machines, with ad-lib 18% protein cake and barley straw available.

Weaning takes place at 56 days and they are turned out in April.

At present Mr Cotton says all heifers are being retained while the herd is being built up. But the business is nearing a point where it is reaching capacity and will soon have to be more selective with which heifers are kept.

“This selection will be done through genomic testing, or looking back through the pedigree records,” he says.

“Most likely, we will be looking at the dam’s records to see how well she performed compared with the rest of the herd – mainly in terms of kilos of fats and protein.

“The overall aim is to only keep daughters that are likely to be better than their mothers.”

Rigorous record-keeping is carried out using Uniform-Agri and this data is used to highlight potential cull cows. The main reason for culling is fertility, explains Mr Cotton.

“These are predominantly cows that do not get in calf at all, or ones that cannot get in calf within the block – anything that does not hold to its first or second service will be removed.

The herd averages 1.7 services a cow. This compares with benchmarking data Mr Cotton has seen where some farmers are averaging between four and five. Culling for fertility immediately cuts costs, he says.

Yield is a further reason for culling. “If a cow is not keeping up with the herd average, then this would be a reason [for removing her]. This is secondary to fertility, but still an important consideration for us,” he adds.

Cell count is also a priority, and a persistently infected mastitis cow will also be put on the cull list.

Another reason is Johne’s disease, along with continual lameness – though the herd “does not really have any issues with this”.

“It is a strict approach, but if you are only breeding from the most fertile cows, herd fertility will be greatly improved. As an example of this, we have reduced our calving index significantly, from 420 days in 2016 to 375 last year,” he says.

Sexed semen eliminates most beef calves, with any that are born going through Meadow Quality, which finds buyers for them as part of the farm’s Arla contract.

Being born in September, they are usually good, healthy calves that can be sold on fairly quickly, says Mr Cotton.

In the immediate future, the goal is to make the business run as simply and efficiently as possible.

Mr Cotton is one of AHDB’s strategic dairy farmers and says this has given him an opportunity to share what he has done and learn from others about how he might make further improvements to his system.

“If you want to be in the top percentage of producers, you have to sometimes make tough decisions. To get systems like this to work, it is so important to have the whole team on board with your idea.”