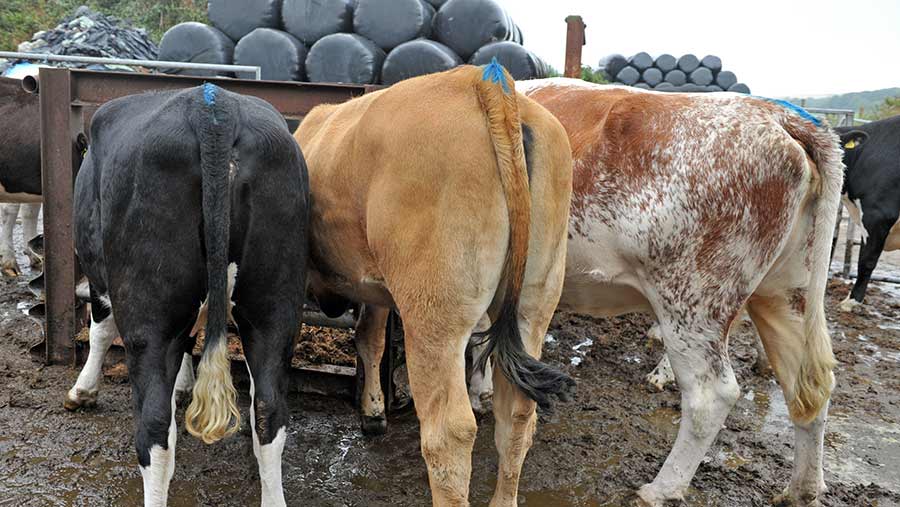 Artificial insemination (AI) in combination with a heat detection programme is fast-tracking genetic improvement in a new beef suckler herd.

Martin and Hilary Salmon and their son, Matthew, established a suckler herd of mixed breeds on their Pembrokeshire farm last year and are aiming to grow the herd from its current size of 44 cows to 110.

They hadn’t kept their own livestock on 59ha Tregidreg Farm near Mathry since exiting dairying in 2004, renting out the land to other farmers and keeping cattle on tack instead.

However, two years ago they decided to return to actively farming the land and explored different options with agricultural consultant John Crimes of Cymru Agricultural and Rural Advice (Cara), whose advice was funded by the Farming Connect Advisory Service. 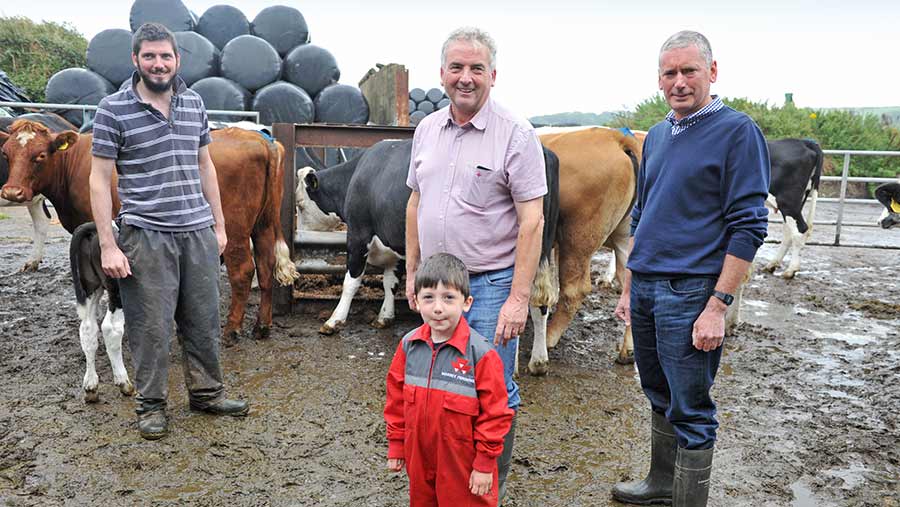 Why they decided to use AI

Suckler beef production was a good fit with their existing agricultural contracting business.

The initial herd size dictated buying just one bull to run with the herd, but this would have limited them to a single breed.

“We didn’t have a breed in mind and, at that stage, we wanted a variation of breeds before narrowing it down when we had worked out which best suited our situation,” Martin explains.

AI offered a solution and, through the Farming Connect Mentoring Programme, the Salmons sought guidance from Philip Jones, a Carmarthenshire beef farmer and Farming Connect Focus Farmer who had used AI for five years.

“Phil had first-hand experience of AI, so his input was just what we needed. We wouldn’t have had the confidence to go down this route without his support,” Martin admits.

AI, used in combination with the Genus RMS seasonal system, gave the family the opportunity to use five different breeds. They selected sires that were easy calving and scored highly on progeny growth rates. Calving heifers at 24 months was important too.

Key considerations for using AI in a suckler herd

Handling the cattle hasn’t been an issue, as there are good handling facilities and the animals are docile.

The Salmons have been strict in their ambition to keep their calving pattern tight – cows are served for seven weeks and no sweeper bull is used.

“A tight calving pattern would have been our goal had we bought a bull, but it would have been tempting to have left him in for longer if there were animals still on heat. With AI we set ourselves a cut-off point and stuck to this,” says Matthew.

Last year’s cycle of AI resulted in 34 animals served and among these there were three empties. “We were very pleased with this result, the three that didn’t get in calf were older cows so we accepted losing these from the herd,” says Martin.

RMS – which involves tail chalking and observation by a technician trained to identify primary and secondary signs of heat – costs the business about £40 a cow excluding semen costs.

Last year an average of 1.7 straws were used per pregnancy and the conception rate to first service was 59%. However, the Salmons are confident this will improve year on year as they fine-tune their system.

“It took me three years to get to a 78% conception rate to first service from 1.3 straws,” admits Mr Jones. 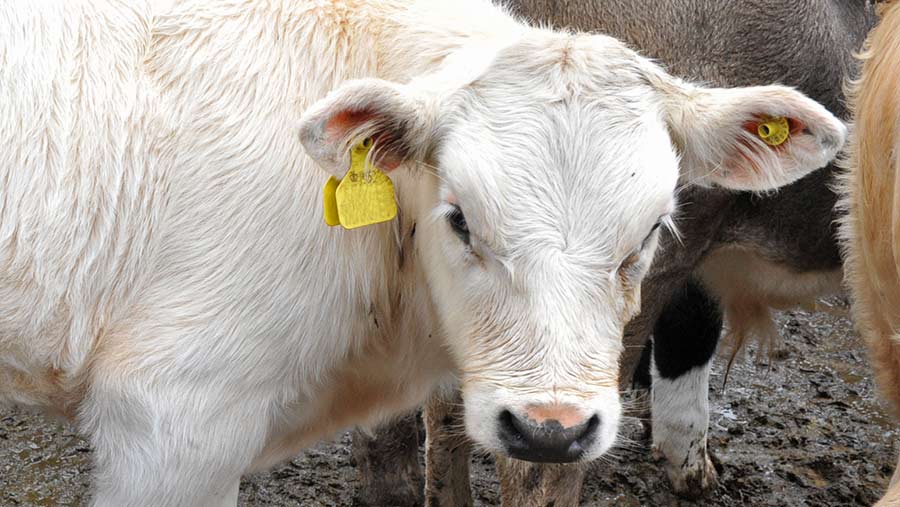 AI has allowed the Salmons to access the best bulls and improve herd genetics without the cost of running a bull.

“A decent bull would cost several thousand pounds and within two years we would need to change him because his heifers would have been coming through,” says Matthew.

But, as Martin is also a relief milker, it fits well with his daily schedule. “I come back here for breakfast after the morning milking so I get the cows in before the technician arrives at 10am.”