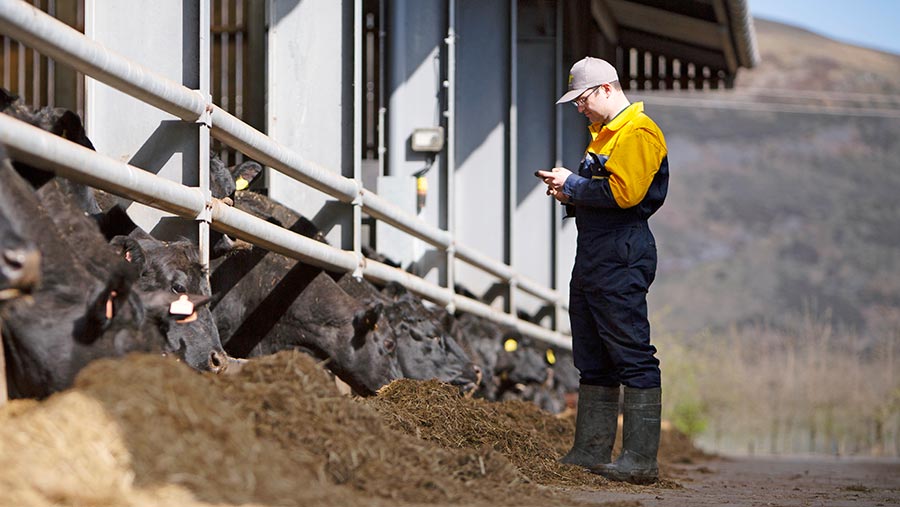 The use of smart bolus technology to identify exactly which cows are calving and target labour accordingly has helped reduce calf losses by 9% at Bowhill Farming.

With 500 suckler cows calving in an eight-week spring block, sourcing labour has always been a challenge during this busy period.

However, herd expansion in 2016 – which increased cow numbers per labour unit from 200 to 250 – meant the team were struggling to quickly identify cows that were having a difficult calving. 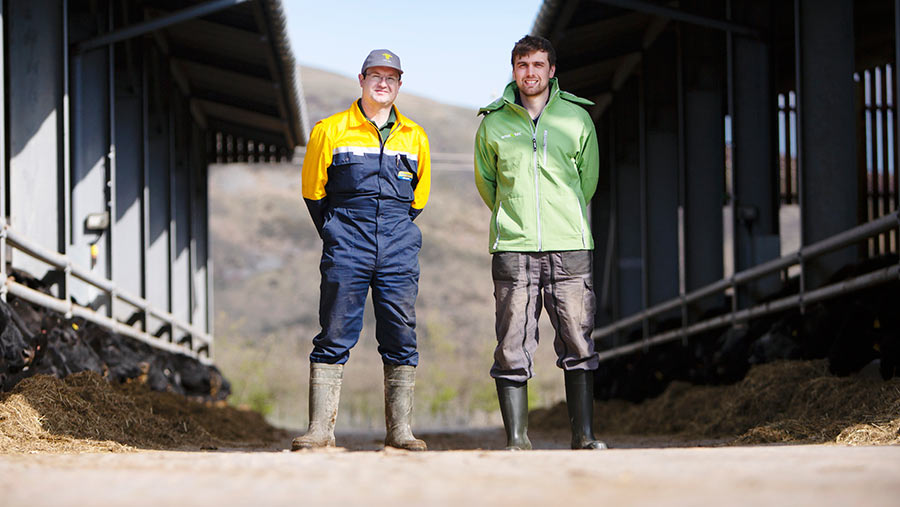 Farms manager Sion Williams admits he initially thought he could make an extra £45 a head by spreading fixed costs. But in reality, increasing cow numbers resulted in the opposite effect, triggering higher calf losses of 13% from scanning to calving.

“I found I was worse off as my output went down. So, I looked at putting extra labour on to drive it, or using technology,” he explains.

For Mr Williams, technology proved the most efficient, long-term option.

At the time, he was also able to get the investment fully funded by Agri-EPI as part of the business’s involvement as a satellite farm through Leaf. Consequently, in 2017, he decided to install 250 smaXtec boluses. 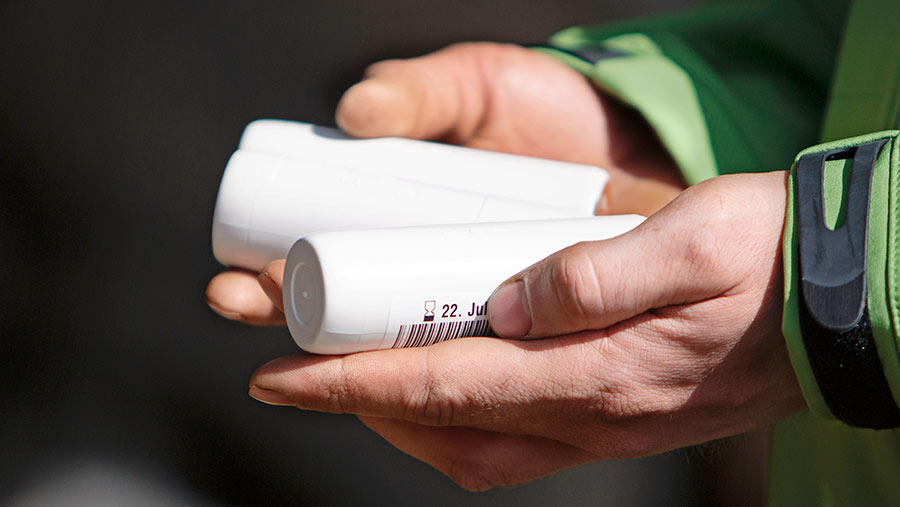 The smaXtec boluses are inserted into the reticulum of the cow

The smart boluses sit in the reticulum of the cow and automatically record body temperature and activity.

An automatic alert is then sent to the farmer via a smartphone app if parameters fall outside of an animal’s norm (see box “SmaXtec boluses – how they work”).

The system proved attractive to Mr Williams, as it could track multiple parameters and help in his long-term drive to improve fertility.

He was also keen to install a system that could be used at grass in the summer – something he found many systems couldn’t do.

Originally, the smaXtec system couldn’t either, but he opted for it in the knowledge this add-on was imminent.

The smart bolus system calculates a predicted calving window for each cow based on her oestrus cycle and confirmed pregnancy.

When her temperature drops to about 0.5C below her norm during this window, a calving alert is sent. 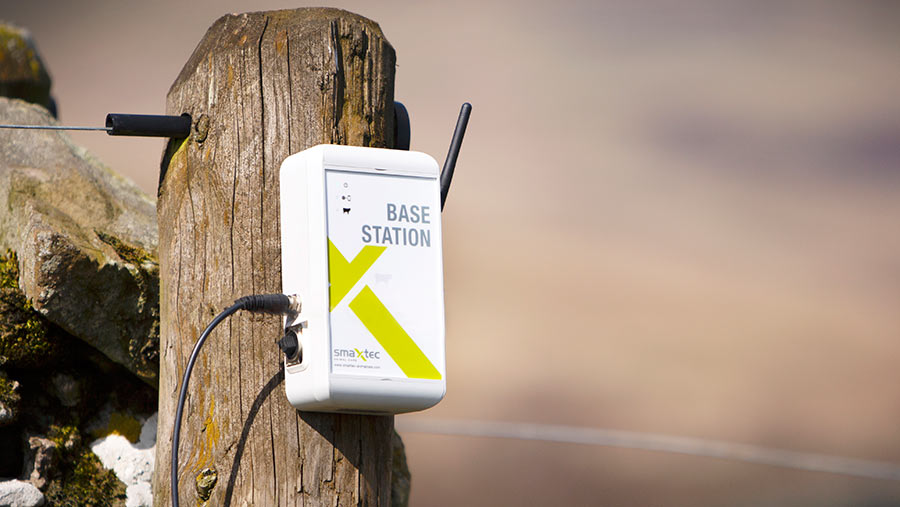 He has self-funded another 300 boluses, four base stations and solar panels to power them at a cost of £27,000, following good results.

“It’s 100% accurate at predicting when she’s due to calve based on temperature alerts. It alerts the guys to which cows are calving so they don’t have to check every animal. I’m probably managing labour a bit better now as it’s more efficient.” 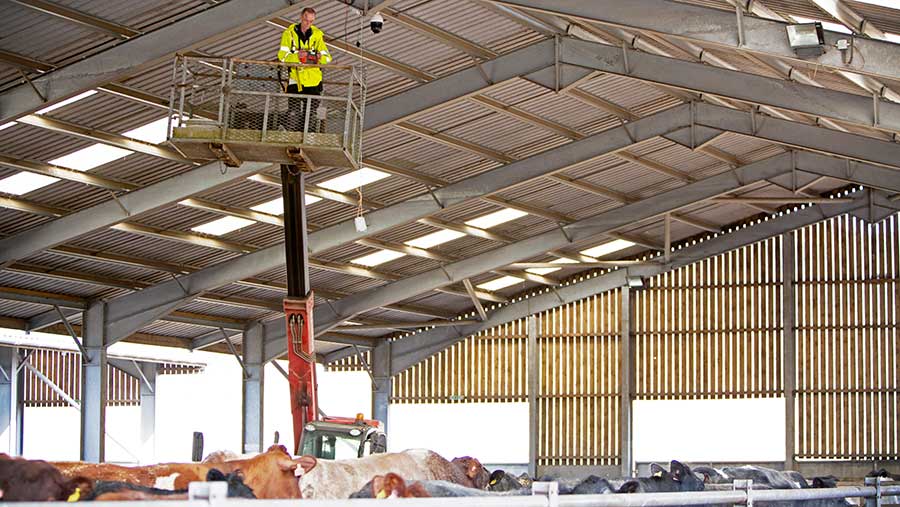 The smaXtec repeaters are positioned above cow pens at housing

It was not possible to use the technology for bulling at grass in the first year, but new developments allowed Mr Williams to install it outdoors late last year.

Initially, the team struggled to use the data fully as cows were not split into groups on the computer system.

This meant when a batch of cows was moved it wasn’t possible to know which ones they were on the computer and it created false alerts on the software as it looked like they were in heat.

However, this year, cows will be split on the system into groups to avoid these issues.

Mr Williams admits it does take a bit of work to understand how to manage the technology, but he believes it will allow them to make huge strides in herd fertility and health down the line.

It is hoped the smart boluses will help reduce the herd’s calving interval by picking up cows that have not held to first service.

“It tells us every cycle she’s getting,” he says. “If she’s not held after the first cycle, it will enable us to monitor the second cycle and identify the ones that are slipping.

“If she’s not held, she may get a vet check to see if she’s cystic or put on an ov-synch programme.”

He sees twins, bad calvings and calving interval as the three main factors influencing this figure.

The system has also been found to flag up early signs of illness, as shown by a rise in temperature.

This enables sick cows to be identified and treated quicker, which Mr Williams thinks will help reduce antibiotics use in the long term.

Mr Williams believes such technologies have a vital role on beef farms, particularly in light of the labour challenges faced when cows are spread out over large geographical areas.

“I think, as an industry, suckler systems have more to gain from adopting technologies. We can’t afford to pile labour in, as the profit isn’t there,” he says.

Smaxtec boluses – how they work

Location of stations at Bowhill Farming