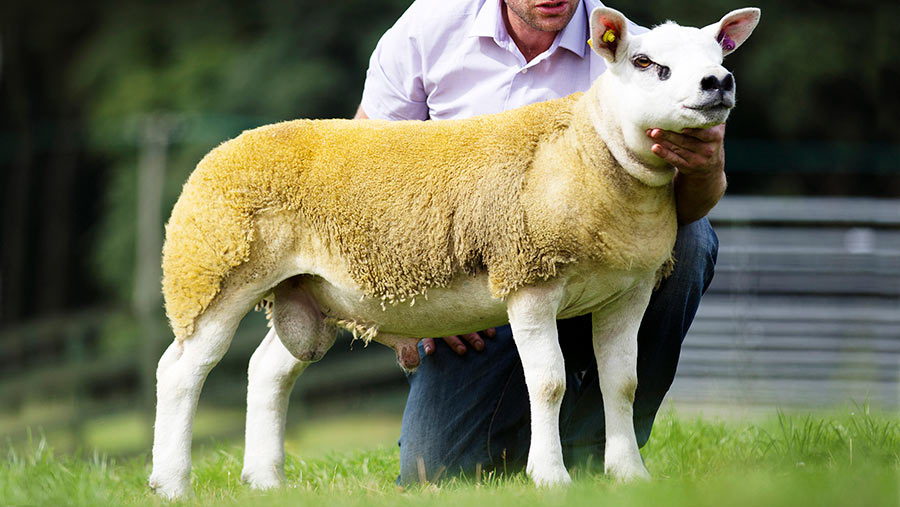 Using embryo transfer (ET) together with a synchronisation programme is helping a renowned Texel flock speed up genetic gain.

The Clark family, consisting of brothers Alan, Andrew and David and mother Helen, are well known for breeding leading females, ram lambs and shearlings from their 60-strong Garngour, Teiglum and Clark flocks, which run together in Lanarkshire.

They have achieved prices up to 70,000gns – for the ram lamb Teiglum Young Gun in 2016 – and have realised several more five-figure sums for their stock.

The Clarks use ET on a number of their top females every year, with a handful of ewes flushed twice.

Only the best females are selected to flush, and they must be from good, trouble-free families. The aim is to breed a balanced type, with good conformation as well as breed character.

Alan says: “We are breeding for the pedigree market, but ultimately every animal we produce needs to be able to perform commercially.”

See also: What to consider if you want to AI sheep

Conception rates have been as high as 80% in the younger females, with last year’s average 77%.

On average, six embryos are obtained from each donor ewe flushed. 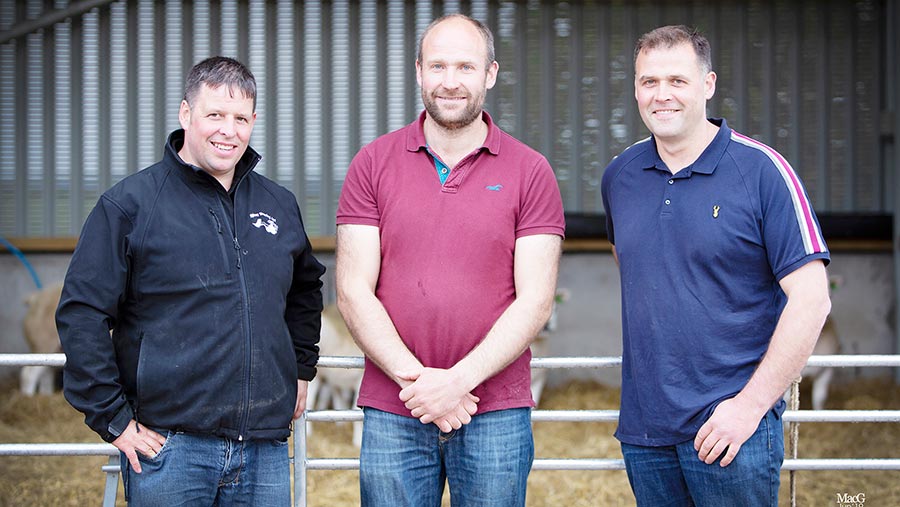 Most recipients are one- or two-crop ewes that have successfully held and produced good lambs previously. The rest of the commercial flock is bred to Texel rams, to produce finished lambs off grass.

Embryo transfer speeds up a flock’s genetic gain by breeding more progeny from the best ewes.

The donor ewe is super-ovulated using hormones, so she produces more eggs than usual at a synchronised mating.

Fertilised embryos are flushed from the donor ewe and transplanted into suitably synchronised recipient ewes to establish a surrogate pregnancy. 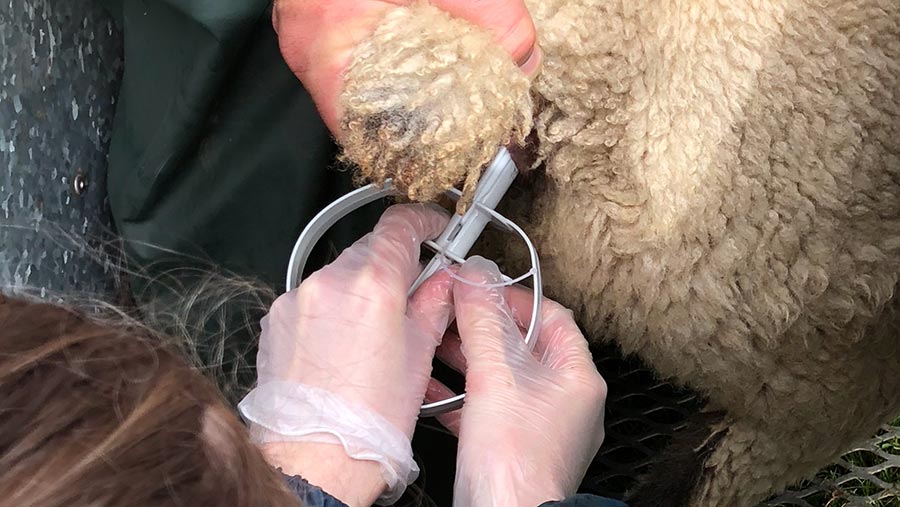 Synchronisation is used in both the donor and recipient ewes (see timeline box).

After consulting with their vet and breeding company, the Clarks switched from using sponges to a T-shaped progesterone device called CIDR Ovis which mimics the natural progesterone of the sheep.

They say it is easier to insert and remove compared with sponges but that the timings are different, so it is important to follow the exact guidelines.

Ewes are flushed in September and October to lamb in March-April. The Clarks work with a specialised breeding company which performs all the ET and AI work.

Donor ewes are managed carefully in the run up to flushing. They are housed for a period of a few weeks in summer and fed hay and water in order to get them in the correct body condition.

They are then turned out on to silage aftermaths and at the time of insertion both the donor and recipient ewes are fed a high plane of nutrition.

The diet for donors and recipients at insertion consists of 50:50 beet pulp and oat mix with an energy of 13-14ME. They stay on that until the point of flushing.

During the first few weeks, recipients are grazed in surrounding fields as a group to keep them settled, which helps embryo development.

It can be costly to carry out ET work, but the Clarks say the cost is justified on their farm.

Alan says: “It can be a lot of money, but we are getting the return by being able to sell more top-pedigree animals at the sales and privately. Synchronisation also allows you to lamb when it suits you.”

Is synchronisation right for me?

Synchronisation isn’t reserved for the elite pedigree breeders. It is something that can benefit commercial producers wishing to reap financial rewards by marketing their lambs earlier.

Bringing forward the breeding season, to tup in the summer and lamb in late December or early January, means farmers can get lambs away by April and May.

Figures from AHDB show that lambs sold in April and May generate on average 21% greater return over those sold in the summer months, giving a possible extra £18 per 45kg lamb.

In addition, synchronising oestrus and then using AI gives farmers access to superior rams without the initial purchase costs and accelerates flock genetics. A top terminal sire can add £3.50 sale value a lamb/year.

Timings of synchronisation and insemination with T-shaped progesterone devices