A national terminal sire sheep evaluation project has identified rams that can finish faster and at better grades on nine commercial sheep farms across the UK.

Over the past four years, the Ram Compare project has used flock and carcass data to find sires that can add up to £5 to lamb value or cut seven days off slaughter age.

By analysing a range of carcass traits and using computerised tomography (CT) scanning, the scheme is finding rams that produce progeny of greater value.

This is according to Signet manager Samuel Boon, who is involved in the data collection and analysis.

He stressed that lambs reared on the nine farms were all from commercially focused, forage-based finishing systems.

All flocks and progeny were put through the same data-collection protocol, seeing ewes weighed and condition scored and lambs assessed through their lives and after slaughter.

Which rams came out on top?

Results of the third year of Ram Compare can be found on the Signet website.

He added that estimated breeding values (EBVs) that were drawing on abattoir data and CT scanning were making genetic rates of gain even faster.

Mr Boon said high-index terminal sire rams in the test were producing finished lambs that were £3-£5 a head more valuable than those produced by stock rams.

This was due to superior performance in key carcass traits such as muscle depth, fat class and eye muscle area of the loin.

Ram Compare is using single-sire mating and detailed carcass analysis and performance recording to learn about the performance and heritability of performance-recorded terminal sires.

Why EBVs are better than before

An organic late-lambing flock has seen the value of high-index terminal sires after two years’ involvement with the Ram Compare project.

A comparison of two sires used across the flock of 380 North of England Mules of the Exelby family at The Hutts Farm, Grewelthorpe, North Yorkshire, revealed a benefit of £3.14 a lamb last year. 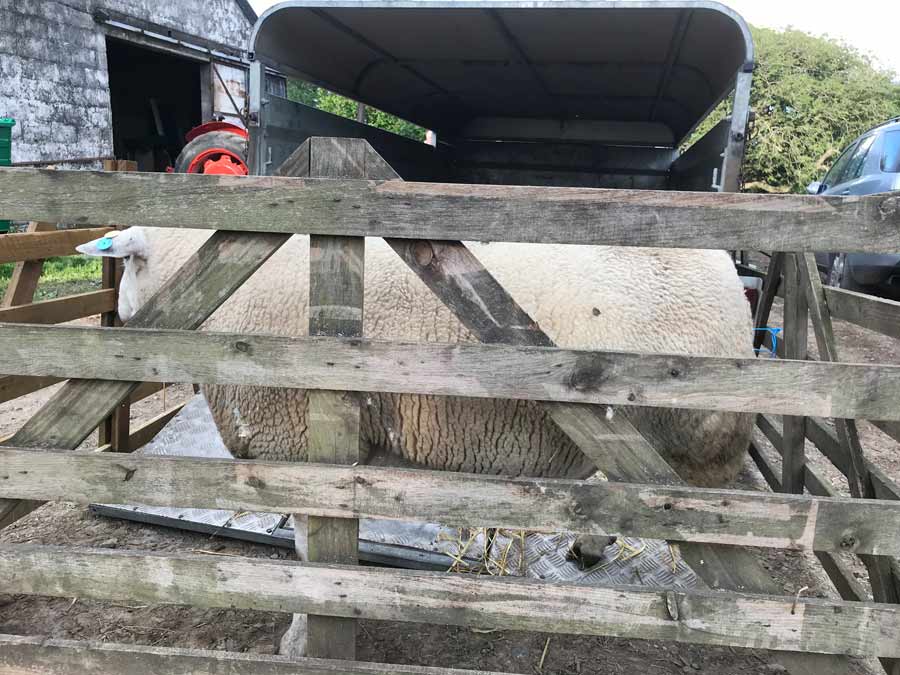 There was a negligible difference in days to slaughter between the two rams.

Mark Exelby is a big believer in flock data and performance figures.

He stresses the figures generated by Signet are vital to identify the better rams. “Stood in a pen with them, I can’t honestly tell how lambs will grade,” he admits.

“It’s only when we get the data and they’re hung up that you understand. It shows just how hard it is to pick out the best or worst ram by eye, but with data, you start to see patterns and stock that work for your farm.”

The farm runs two separate holdings, with The Hutts Farm in Nidderdale acting as a breeding unit, and a lowland farm at Gatenby, Leeming Bar, as a finishing unit.

Weaned calves and lambs are sent to the Gatenby Farm, where the Exelbys have more arable land and finish everything on forage.

Cattle are fed organic peas, barley and clover silages and lambs are rotationally grazed on red clover silage aftermath and mixed herbal leys, alongside oats through a three-in-one feeder.

The Exelbys buy running lambs from an organic farm near Windermere, Cumbria, to tup as shearlings.

Tupping takes place in December, leaving sheep to lamb outdoors in the kinder May weather.

Mastitis isn’t usually a problem, with the Exelbys having to cull five or six sheep each year for mastitis, although this year it rose to 25 because blowfly has been a problem.

Ewes get two trace element boluses just before tupping and lambing and lambs are bolused at eight weeks to address selenium deficiency and ensure they have the trace elements required to optimise growth.

Some AI work is carried out on tups to provide “genetic linkage” across the nine farms, which allows the Signet team to account for environmental variation across the farms.

This year the Exelbys are using a Beltex in AI on a sponge and synchronisation programme using frozen semen. They have been told to expect 50-60% conception rates, but have managed 80% so far.