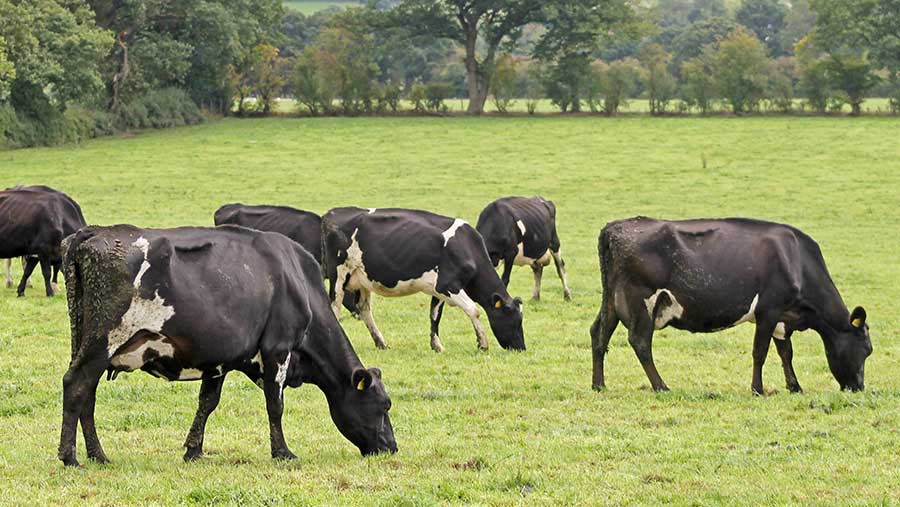 Fertility is the main profit driver for any block calving business, so it’s little surprise that concerns over conception rates put many off using sexed semen for fear of extending their calving block.

But Tristan and Jaci Dale are hoping to reap the benefits this calving season, after taking a leap of faith and using it across all first calvers and older animals within their 320-cow herd.

As an insurance policy, the couple started serving 10 days earlier than normal on 13 May for 10 days.

“If nothing held to sexed I was in no worse position,” explains Mr Dale, who farms 190ha at Hatton Manor Farm near Church Stretton, Shropshire.

But the couple were so impressed with the conception rate of 62% achieved that they now plan on using it on maiden heifers this season as well as cows.

Why the switch to sexed semen?

They are currently breeding a three-quarter Friesian x one quarter Jersey cow with an average mature weight of about 450kg to suit their grazing system.

However, one downside is that dairy bull calves are worth very little money, often fetching just £50 at 10 weeks old.

“In reality they are a cost to the business,” Mr Dale admits.

The Dales saw sexed semen as a way to maximise their beef calf sales but had previously decided against using it because of historically low conception rates.

“It can’t be overestimated how crucially important it is to get those cows calved,” he says. “We dry off on the same day so if a cow has calved in week nine that’s nine weeks of milk we miss.”

Using sexed semen also means they can serve their very best and most fertile animals at the front of their block to produce heifer replacements. Meanwhile, the remainder get served to beef which Mr Dale says is a “no brainer”.

SexedULTRA 4M contains double the number of female sperm cells in one straw compared with other sexed semen on the market, and as a result claims to achieve conception rates comparable with conventional semen (see box: About SexedULTRA 4M). It was this that convinced Mr Dale to give it a go.

Although it retails at about £10 per straw more than conventional semen Mr Dale reckons the return on investment is worth it and believes the extra calves should result in an additional £10,000 profit this year (see costings in table).

Mr Dale confesses to being a “bit of a maverick” and uses a simple system of tail-painting cows 30 days ahead of breeding.

“I don’t do it like a lot of people, but it works for us. We use a little bit of paint – a thin strip – and if anything is missing she gets served.”

After serving everything to sexed semen for 10 days they switched to conventional semen, and beef bulls went in on week six. 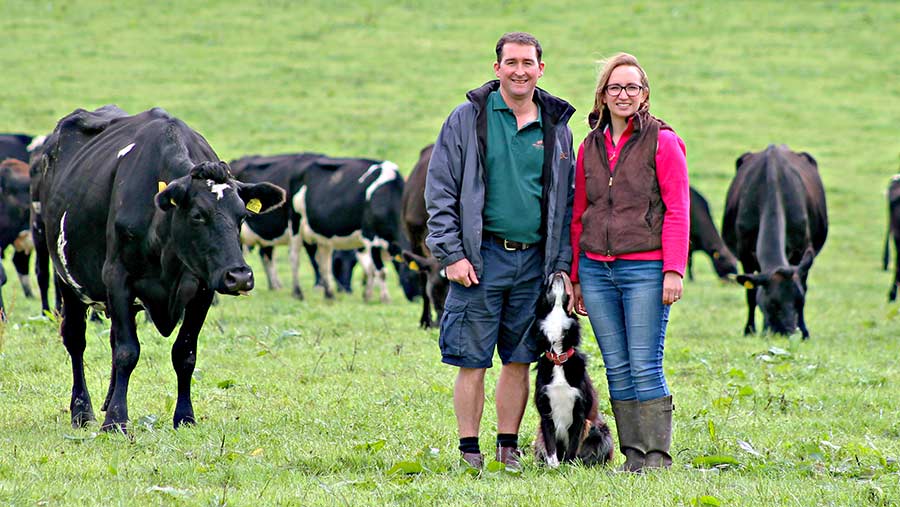 Cows calve over nine weeks starting in mid-February, and having so many heifer calves born at the start of the block should help ease calf management this spring.

“We want all the heifer calves to hit the ground first followed by the beef calves,” explains Mr Dale, who adds that reducing the heifer age range will allow them to be better managed in groups of 50 and reduce liveweight variances.

Next season, the next steps

Although the Dales say their conception rate to sexed is lower than conventional – they usually achieve 70-72% – results this year have given them the confidence to increase the use of sexed semen.

After securing Leader funding to help install a new handling system at their youngstock unit, they will now AI all maiden heifers, which normally just run with an Aberdeen Angus bull, to sexed semen.

“Next season we are going 100% sexed semen and I’m only going to use conventional beef,” Mr Dale says.

US-based Sexing Technology Genetics acquired Cogent in 2017, giving it access to SexedULTRA 4M. However, other companies can also get 4M semen sexed through ST Genetics.

Sperm cells are dyed with ink and because female chromosomes carry more genetic material they  absorb more of the ink and glow lighter. A laser is used to measure the fluorescence and sort the semen. An electrical charge (positive or negative) is then applied to sperm cells and as they move through a magnetic field they are sorted into different collection tubes.

A study carried out by German Genetics International compared the return rates of five groups of milking heifers served with different semen.

They found that the 56-day non-return rate was highest (66%) in the group mated to SexedULTRA 4M, as shown in the table below.

Tips for handling sexed semen for the best results