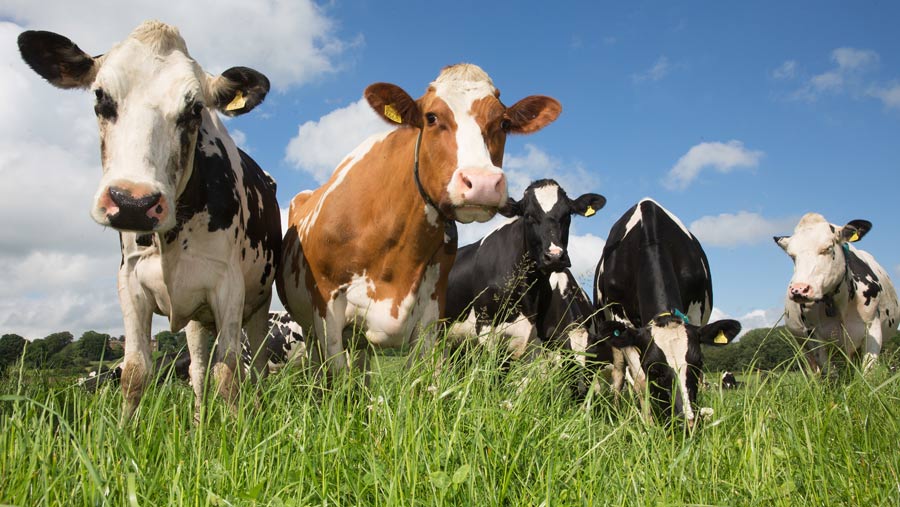 Dairy producers have made rapid genetic progress in recent years, with gains in milk, fat and protein production and a transformation in the appearance of cows, each heavily influenced by decades of genetic selection.

Genetic progress declined in the late 1980s – the early days of genetic evaluations – when there wasn’t much more than production traits to calculate indexes.

Therefore too much emphasis was placed on milk production to the detriment of other important areas that were negatively linked to production such as, fat and protein.

But genetic progress has been accelerated in the past two or so decades, with the industry’s ability to collect and process data providing the most accurate genetic assessments in the history of cattle breeding.

And with young animal genomic evaluations added to the mix in the past seven years, the improvement has gathered faster momentum.

Further genetic gain is obtainable, according to Marco Winters, head of animal genetics at AHDB Dairy.

“There is no sign yet that we are anywhere near the top.

Because there is genetic variation between animals – even for traits which have been heavily selected for generations – there is plenty more improvement to be achieved,” he says.

Below, we look at how UK genetic trends have improved:

Should farmers still select for production and what will be the traits of the future?

Marco Winters says farmers should still be looking to improve production efficiency as it is so easy to lose production potential if it’s ignored in genetic selection.

He says the industry has learnt the lesson of single trait selection, having seen, for example, progress in production made at the expense of other traits such as cell counts, lifespan and fertility.

These losses were an unintended consequence of the selection at the time, and need not occur in the future because farms now measure so much more, he reiterates.

Farmers can check the Predicted Transmitting Ability [PTA] of their herd using the AHDB Dairy Herd Genetic Report [a free service] and using this, they can check they are making genetic progress over the generations, and also make sure they select sires which will improve the next generation coming through, he says.

For instance, it is perfectly possible to select a bull which transmits, say high weight of fat and protein, yet also passes on to his daughters the genetics for low somatic cell counts, long lifespans and good fertility.

“It only takes a glance at the Profitable Lifetime Index (£PLI) list to see many bulls which do just this,” he says.