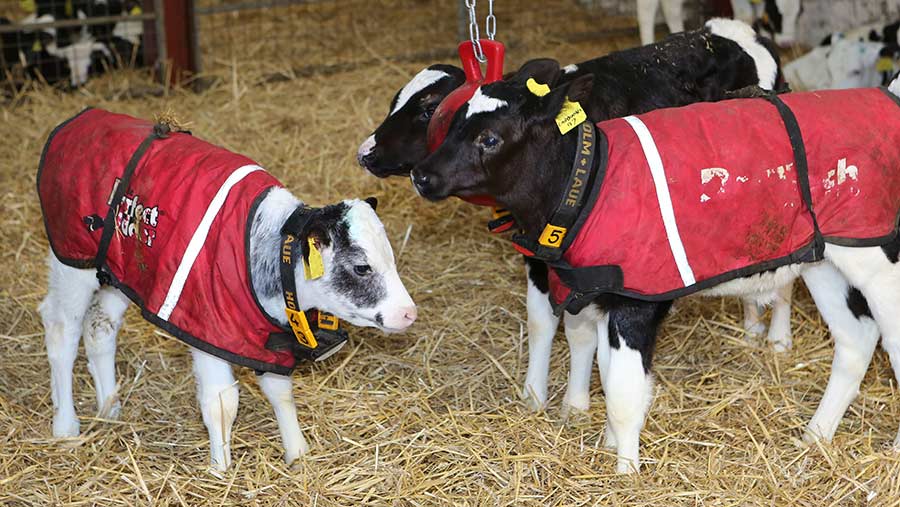 Genomics can be used in dairy herds to reliably predict the top-performing animals to breed the farm’s next crop of replacements.

Not only can it improve the short-term economies by ensuring farmers are only breeding from the best, and allowing them to put more animals in-calf to beef to increase beef calf values, it can help fast-track genetics and reach goals sooner.

It costs £2.50/day or £1,800 on average to rear a dairy heifer replacement, with the payback taking until the middle of her second lactation.

This means an unnecessary expense if dairy farmers are keeping more heifers than required.

Vet Phil Cullinan from Zoetis says keeping as many heifers as possible and putting them all in-calf to sexed semenis not the best way to make money.

Instead, he suggests calculating the number of replacements needed and then, using genomics, selecting only the best heifers to breed from.

Genomics involves taking a hair or small tissue sample, which is sent off for testing at a lab.

The results highlight the genetic merit of each animal, allowing farmers to select with about 70% accuracy which animals to breed from depending on their selection criteria.

Genomics is more accurate than using parent averages, which have an accuracy of about 15-35%.

Mr Cullinan says: “Accurately identifying animals that are above average and breeding from them will allow you to maximise the genetic progress you are making in your herd year-on-year.

“Rather than applying a blanket strategy for using sexed semen, you can identify the top 50% of heifers and use sexed semen on them and also target your top first- and second-lactation cows.

“The ability to predict a heifer’s ability earlier allows you to manage the upfront costs by only keeping the heifers you want.”

Vet Dan Griffiths of Paragon Vets said the genomic value of milk was the same as having nine daughters’ worth of milking data.

With less heritable traits such as lifespan it was the equivalent of 63 daughters and for fertility it was equal to 115 daughters.

How to use genomics in your herd

1. Test all of your heifers

For farmers wishing to use genomics, the starting point is testing all of heifers.

This involves taking a hair pluck or tissue sample any time from birth.

However, with the Clarifide genomic test costing roughly £30, some farmers opt to test between two and five months old, after the riskiest pre-weaning period is over.

Whenever you decide to test, it should be done in plenty of time for breeding.

The sample is put in a pot with a barcode that is matched to the heifer’s ear tag number.

The test is sent to a lab in the US, where it is analysed and the results are returned within two months (if using other tests this may vary).

2. Decide on what your key selection areas are for the farm

Your farm’s overall breeding strategy will dictate what your selection criteria will be and how much emphasis you put on it.

3. Target bulls based on heifer traits

If a heifer meets your selection criteria but has some weaker traits, you can mate her to a bull to help improve those traits.

Ideally you should try to limit the bulls you are using to about six to eight.

4. Use sexed semen only on heifers you are keeping for replacements

This ensures you are not “hoarding heifers” and only breeding from the top genetic merit animals. This will also help increase income from selling beef calves.

Genomic testing is something dairy farmer Patrick Morris-Eyton has been doing for only two years, but already he is reaping the benefits in terms of the genetic gain being made to the year-round calving herd.

He started using genomics in his herd of 250 Holsteins because he wanted to be able to accurately predict how well the heifers were going to perform. All heifers are now tested within the first six weeks of life. 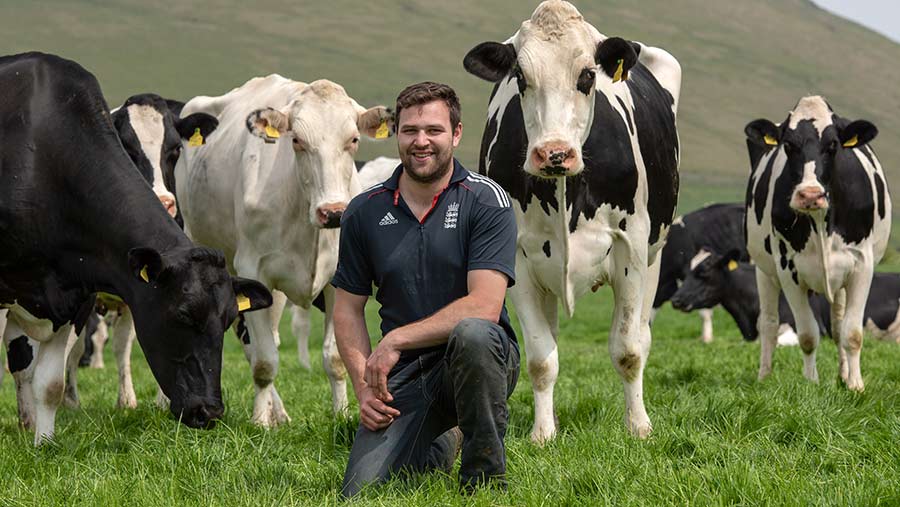 Working with vet Dan Griffiths, he selected £PLI, fat and protein, and fertility as the three main selection criteria for the heifers.

Mr Griffiths said: “It doesn’t mean to say we are not interested in the other traits, but we had more interest in those traits.”

It is too early to tell what the real impact genomics is having on the farm, with only 50 genomic tested heifers just entering the milking herd.

Nevertheless, Mr Morris-Eyton has already seen a big improvement to the herd’s average £PLI, which has jumped from £260 to £300 and has taken the herd from the top 15% of herds based on £PLI to the top 5% – with the UK average £PLI being £200.

He also thinks it is improving the milk fat and protein levels as he has fine-tuned the bulls he is now using, reducing the number of bull varieties from about 15 to six to eight.

He will only use bulls with a combined fat and protein level above 50kg.

Speaking at the RCP event held at Beckside, Mr Morris-Eyton said: “We are looking for a balanced bull and are not looking for extremes. They must be a good positive for fertility.”

He is using sexed semen on the best genomic tested heifers and putting the rest in-calf to Jersey.

He was previously using beef semen on the lower-end heifers, but with the herd expanding to more than 300 he wants to retain numbers without losing the genetic gain.

Mr Morris-Eyton explained: “Putting the lower-end heifers in-calf to Jersey means we can increase numbers and the Jersey-cross heifers will be put in-calf to beef.

“We will then cull out the Jerseys as we get to [desired] numbers.”

He added: “Anyone in a commercial herd that is not genomic testing is bonkers. Thirty pounds is nothing compared to rearing a heifer and it is a cheap way to find out accurately what the predicted performance of that animal is.”

In the future, Mr Morris-Eyton is also looking at flushing his best cows and using IVF to further enhance genetic gain in his top genetic merit heifers.

Thanks to Zoetis, XL Vets Farm and Volac for this sponsorship, which enabled us to run the Rethinking Cattle Performance workshops. Farmers Weekly had full editorial control of this report.