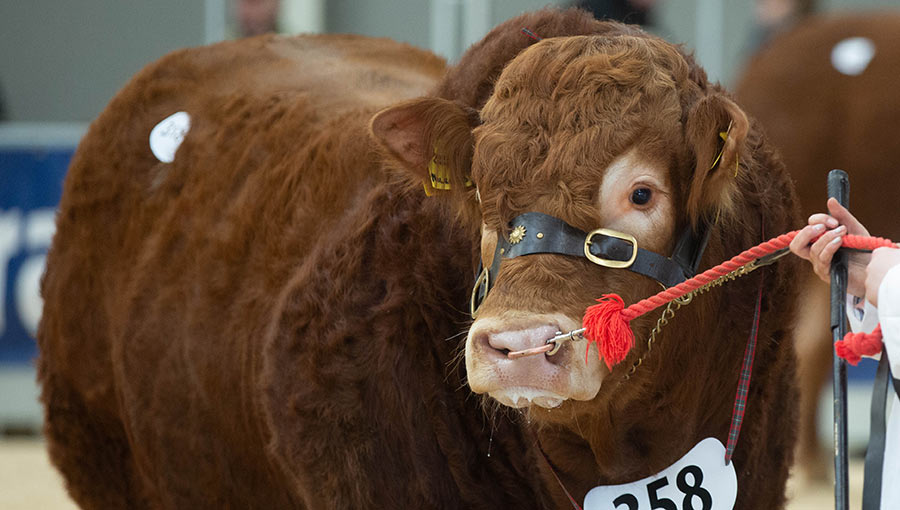 Data from almost 5m animals has been added to UK evaluations, lifting the number of animals with performance records by 14% and the accuracy of five EBVs on animals affected by the new data by 18%.

Traits that will be directly affected are:

A total of 2.3m animals with performance records and 2.6m animals with full pedigrees have been added to the Limousin Basco system, the British Limousin Cattle Society (BLCS) has confirmed.

The BLCS stated that the accuracy of some traits will increase up to 88%, with 18% being an average overall gain.

Calving ease and birthweight records are being shared by the Czech Republic, Denmark, France, Ireland and the UK.

The work follows the BLCS’s addition of abattoir data last year that added 273,000 records from more than 10,000 sires and is the product of a pan-national team of geneticists called Interbeef.

Livestock geneticist Professor Mike Coffey of the SRUC and leader of organisation that co-ordinated the data – SRUC Egenes – said the announcement means UK farmers can choose from foreign bulls known to be superior.

Mr Coffey added: “Interbeef is the beef equivalent of Interbull, which is widely regarded as the innovation that has led to the international movement of dairy bull semen.

“Having an Interbeef evaluation will allow UK beef producers to access international bull semen on a scale relevant to the UK.

“This means foreign bulls that are known to be better can be imported to increase the genetic merit and profitability of UK beef production while UK bulls that rank well internationally can be exported, creating market opportunities.”

Iain Kerr, chief executive of the British Limousin Cattle Society, said: “The incorporation of this level of international data into an evaluation is a welcome first for UK beef breeds and represents a significant opportunity to make increased margins from Limousin genetics.”