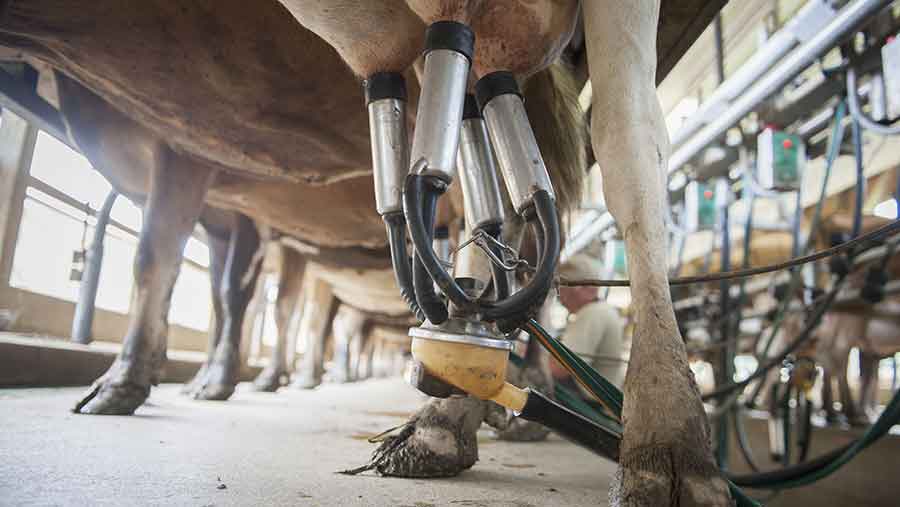 A bull’s ability to pass mastitis resistance on to his daughters will be published by AHDB dairy and available to influence breeding decisions for the first time next month.

Dairy farmers will soon be able to breed for improved mastitis rates, selecting bulls negatively rated in the new mastitis index when the Mastitis PTA (Predicted Transmitting Ability) is released in conjunction with next month’s bull proofs (4 April).

Rates can be improved by selecting negatively valued bulls (on a scale of -5% to +5%), with geneticists saying the trait is more heritable than fertility at 4% heritable.

The Mastitis PTA works similarly to the Somatic Cell Count PTA (Predicted Transmitting Ability), a tool that has assisted milk producers to breed lower cell count cows for many years, according to Marco Winters, head of animal genetics at AHDB Dairy.

Mr Winters said that for every 1% decrease in a bull’s mastitis PTA there will be a 1% decrease in the proportion of his daughters expected to get mastitis.

He added: “The degree to which any animal can be improved through breeding depends on the heritability of the trait being improved – in other words, the degree to which it passes from one generation to the next – and how reliably we are measuring that trait.

“In the case of the new mastitis evaluations, we have used extensive national records from all of the UK’s milk recording organisations to assess the degree to which each bull’s daughters are able to resist mastitis, and from that information, we have established every bull’s breeding pattern.

“We are confident dairy producers can improve the mastitis rates in their herds through breeding, which, although a slow and long-term process, reaps rich rewards over the generations,” he says.

The mastitis evaluation will be published for all dairy breeds and daughter-proven young genomic sires and will complement the existing SCC PTA.

And while most bulls that reduce cell counts help lower mastitis, Mr Winters has cautioned that the traits are not identical.

“The majority of bulls which reduce their daughters’ cell counts will also reduce mastitis,” he said. “This is seen in a correlation between the two evaluations of +0.8, indicating there’s a strong, but not exact, likeness between the two traits.

“However, there are a few bulls which will reduce one and not the other trait, and this new information will help pinpoint those bulls.

“This means farmers can consider both traits and they can make their breeding decisions with this extra knowledge and according to their herds’ precise needs.

He added that individual trait PTAs should be part of a “broader breeding strategy”, recommending farmers start selection based on Profitable Lifetime Index (£PLI) and then subsequently shortlist bulls according to specific herd needs.