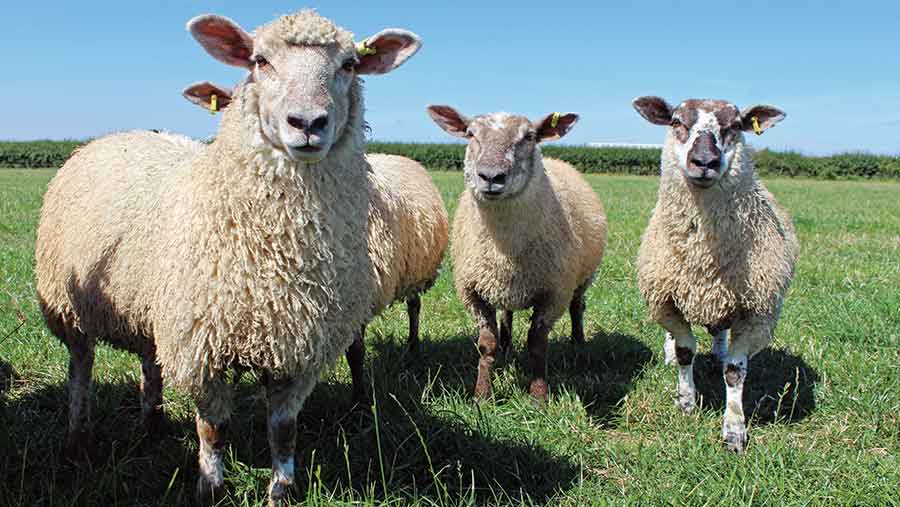 This then kick-starts the reproductive cycle.

As a result, this hormone can be used as part of breeding programmes as a means of manipulating the breeding season while also bringing other benefits including increased lamb numbers (see “Melatonin – what you need to know”).

For the Christophers, the use of melatonin at Crib House Farm, Manston, has been part of a change in business strategy, which has seen more focus placed on the sheep, beef and arable enterprises following the sale of their dairy herd in 2011.

As soon as milking ceased, they increased the flock of predominantly North Country Mules, Suffolk-cross Mules, and a few Lleyns from 100 to about 400 and lambed in two batches. 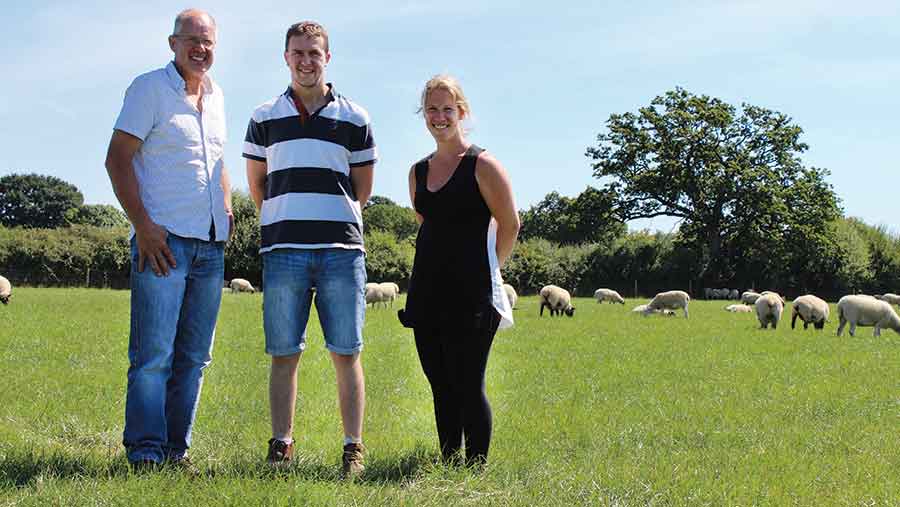 However, the extended lambing period conflicted with labour requirements for the family’s arable work. This led them to think about tightening their lambing period.

Vernon Christopher explains: “We put ewes in two batch; 200 January lambers and 200 March lambers. It was a nightmare as we seemed to be lambing from January to April.”

As a result, Vernon, son Tom and his wife Heather decided to shift to lambing everything in January. However, that in itself created challenges with the predominately Mule flock – a breed naturally “programmed” for a later lambing.

In 2011, scanning percentages highlighted the fact Mules were already “struggling” to lamb early in the new year, with the January batch averaging a scanning percentage of about 170% versus 200% in the late March group at that time.

With surplus shed space available, the Christophers decided it was best to lamb earlier and began to look at ways in which they could improve lambing percentages to make the move more viable.

At the time, the Christophers were also keen to get lambs away early through ABP at Yetminster to make the most of better early season prices.

An additional outlet for 60-70 orphaned lambs from triplets, for hand rearing at Farmer Palmer’s Farm Park near Poole, also made early lambing attractive.

After discussions with their vet, Lucy Hepworth of Friars Moor Vets, they decided to try melatonin implants.

How the implants were used and the results

In July 2011, the melatonin implant, Regulin, was implanted behind the ear of about half of the flock in a random selection of ewes, 40 days before the tups went in.

Melatonin was also used off licence on the rams, following discussion with Mrs Hepworth.

The results were marked, with 35% more lambs scanned in the melatonin group (see “Results from 2011 melatonin trial at Crib House Farm”).

Ever since, the Christophers have used the implants across ewes and rams (see “Breeding schedule at Crib House Farm”) and have consistently lambed the majority of ewes between 5 January and 5 February, achieving an average scanning percentage of 190-200%.

Even if 5% of lambs are lost after scanning, Vernon says a 30% increase in lamb numbers could lead to an extra £7,700 more income based on 111 more lambs born and an average lamb price of £70 a head.

“There’s huge advantages to a condensed lambing period. There’s reduced disease risk as the lambs are the same age, which also makes dosing and weaning easier as they are a consistent size,” she explains.

Tom says the condensed lambing period also helps with management, with the bulk of lambings now occurring within three to four days.

“Before we would have lambed over six weeks,” he adds.

Recently, the farm team have decided to switch from using a Charollais terminal on all ewes to using Abermax tups to help drive carcass quality.

As a result they chose to vasectomise some of the redundant Charollais rams and use them as teasers.

Melatonin – what you need to know

Sheep naturally know when to breed by sensing the lengthening nights of autumn. As their eyes detect decreasing day length the pineal gland produces melatonin. As days shorten, the amount of melatonin secreted increases, which stimulates the reproductive system. This produces a natural peak in breeding performance in the autumn.

A slow release melatonin pellet – the size of a match head – is injected behind the ear, 40 days before mating. This lasts for more than 100 days.

Who should use it?

It can work on any sheep breed to help lamb early and condense the lambing period. It is particularly useful in breeds that are designed to lamb later.

Cost and where to get it

Regulin costs about £3/dose (excluding VAT). It is POM-VPS so can be sourced from vets and suitably qualified people. Speak to your vet or farm adviser. Vet advise is needed for off licence use in rams.

To get the full benefits everything needs to be right; it does not make up for poor management.

Should it be used in ewes and rams?