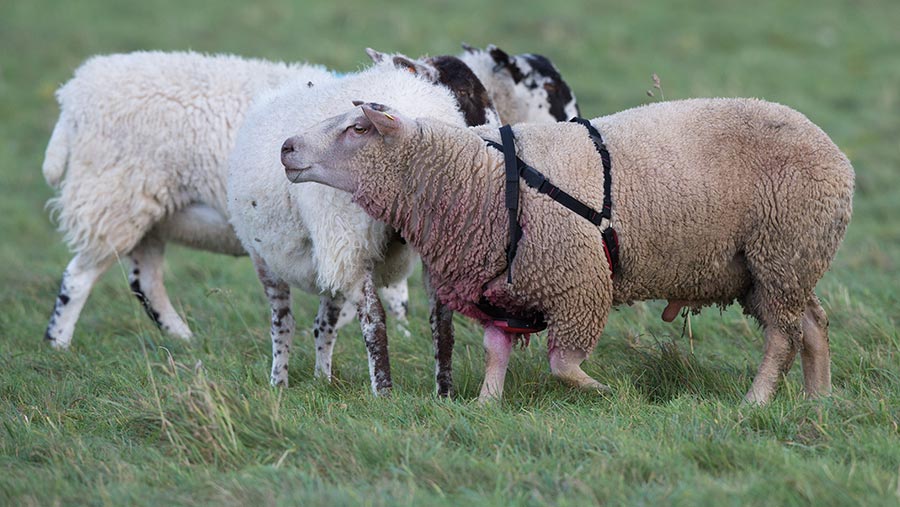 Sheep farmers are being encouraged to semen-test tups ahead of mating, after a recent survey found more than one in five rams failed fertility examinations.

XLVets practices carried out semen tests and pre-breeding examinations on 583 rams across the UK last season (between August and October), with 22.3% of rams failing.

Ed Hill from Thrums Veterinary Group in Angus, who was involved in the study, says the results are not surprising.

“The results are consistent with what we find as a practice each year.”

Advice on testing rams before breeding

When should tests be carried out? Six weeks before breeding, to give yourself enough time to retest or replace a ram if there is a problem

What should it involve? A semen quality test, alongside a physical “MOT” of the tup. Inspect feet and leg locomotion, teeth (to check for an undershot or overshot jaw or teeth abscesses), testicles (to check for firmness and any lumps or bumps), and scrotum and penis (to assess reproductive function)

What if the results show the ram is sub-fertile? The ram should be culled and replaced if it receives a poor sample in conjunction with a physical abnormality, or two poor consecutive semen tests separated by 60 days

Mr Hill says a variety of factors can cause poor semen quality.

“It’s rare, but you can get a tup that is inherently sub-fertile from puberty onwards. More common causes are degenerative changes or infection.”

Is the result permanent?

He says carrying out physical inspections alongside semen sampling is vital to help establish whether animals will be permanently affected.

“If a ram’s testicles have shrunk, we can be fairly confident that sub-fertility is permanent.”

However, if you get a poor-quality semen sample, but can see no obvious physical cause, it’s advisable to resample after 60 days.

He adds: “Just because a tup has given a poor sample on one day doesn’t mean he will in a few weeks’ time if there’s no obvious physical change.”

Mr Hill says fertility-testing can give farmers confidence going into mating, and ensure rams produce the greatest number of lambs in a compact lambing period.

“Fertility is multi-factorial, but the ram has a massive part to play. Farmers who have been testing regularly, consistently have good scanning results and it gives them a real degree of confidence as they go into mating.

“Some flocks run perhaps 10% more rams than they really need to just in case of failures. But the cost of this is far greater than if you spend a relatively small amount to semen-sample your stud.”