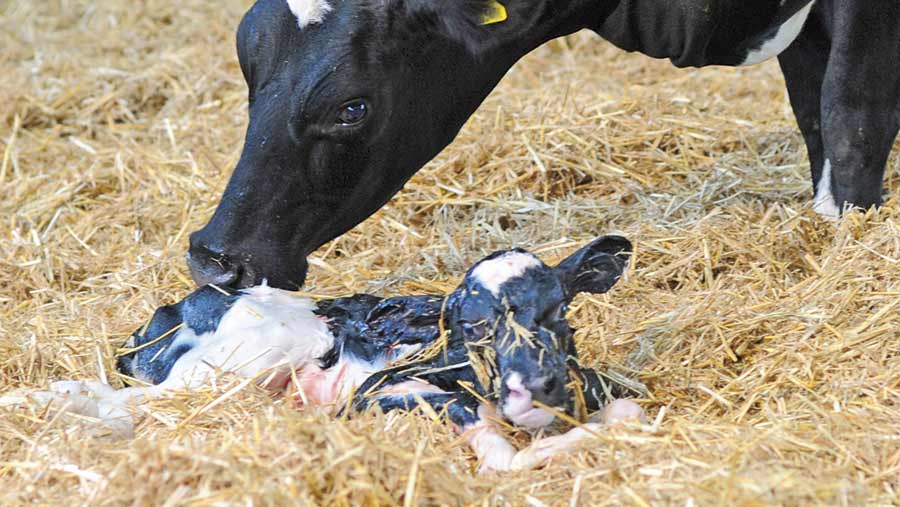 A tight calving period is a key driver of profit on any block calving dairy unit, enabling farmers to make the most out of labour and drive other efficiencies.

One spring-calving commercial dairy farm overseen by Irish farm research body Teagasc, at Shinagh, in Ireland, has raised its six-week calving rate from 58% to 96% in the past six years.

Teagasc dairy adviser John McNamara, a member of the team overseeing and managing Shinagh, says the improvement is down to a combination of factors including:

But a policy of breeding cross-bred replacements has now resulted in a 235-cow herd that is predominantly Jersey cross Friesian.

A key management objective is to match the calving pattern to the spring grass supply to allow freshly calved cows to be fully fed grass in the spring.

As the calving pattern has become more compact year on year, the start of calving has moved later to better match the supply of grass. This year calving will get underway on 10 February.

No bull that is less than €100 (£88) for fertility on the EBI sub-index is used and this has helped to shorten the calving interval to 370 days.

Ease of calving is a priority too – the bulls used on the cows score less than 3% on calving difficulty while this is less than 1.4% for bulls selected for heifers.

Genomic bulls are not used on heifers unless their calving evaluation is based on actual calving survey data.

Mr McNamara admits that this might involve losing genetic gain on replacements produced by heifers, but he says easy calving comes first.

“My personal preference is to only serve heifers to a Jersey.

“If you are using Belgian Blue sires and making big money for your calves don’t expect to hold onto a compact calving because you are forfeiting one for the other.’’

Herd replacements are, in general, the first heifer calves born on the farm.

“It is easier to hit all the targets after you start from that point,’’ says Mr McNamara.

The replacements are contract reared from weaning and achieve a target weight at breeding of 300-310kg.

“We have never achieved target weights coming out of housing after the first winter because it is too expensive to do so, but the heifers have phenomenal weight gains once they are out at grass and they always hit those target weights by mid-April,’’ says Mr McNamara.

Six weeks before insemination, cows and heifers are condition scored.

Thin cows – those below body condition score (BCS) of 2.75 – are milked just once a day from then on.

“They go through the parlour twice a day, but are milked once only,’’ says Mr McNamara.

The high fertility of the herd and existing compact calving mean there are no pre-breeding veterinary checks.

For anyone trying to achieve compact calving from a lower base, Mr McNamara advises checks, but only on cows that have calved at least 42 days previously and are not showing heat.

“Apart from cows that are ‘dirty’ I am not convinced of the benefit of veterinary intervention before 42 days. Cows will cycle in their own time.’’

1 For the first three weeks of breeding, tail paint is used for heat detection with cows observed five times daily.

2 The target is to inseminate at least 95% of the herd within 25 days.

3 For the next three weeks, vasectomised bulls are used and observation is maintained.

4 Six weeks after the beginning of the breeding period, five stock bulls are turned in with the cows to sweep up any that have not held to service. 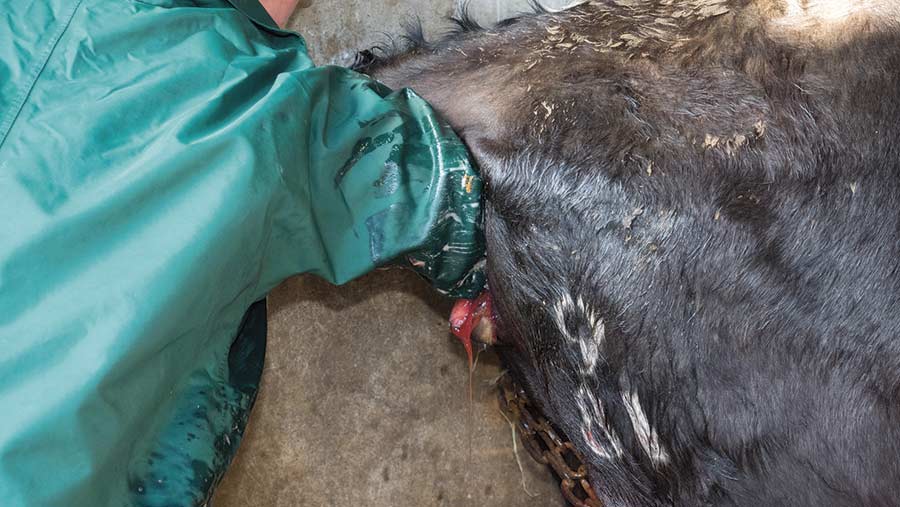 1 Tail paints or scratch cards are applied and heifers observed for seven days.

2 Any animals that come bulling during that period are inseminated.

3 After seven days, a prostaglandin (PG) injection is administered.

4 The target is to inseminate 95% of heifers in the first 11 days; after AI, heifers are turned into a paddock with stock bulls.

“Heifers must calve in six weeks because the calving interval gets longer as cows get older so if you don’t have the heifers calving at the start they will end up late calvers and being culled sooner than they should,’’ says Mr McNamara.

Although some farmers might be concerned that retaining calves from cows that hold to first service might have the potential to breed fertile progeny with lower milk potential, Mr McNamara says there is no evidence of this.

1 Replace later calving cows with those that have calved at the start of the calving period. “It is a very slow process to go from 50% six-week calving to 85% so buy February-calving cows then sell the April calvers.’’

2 Select easy-calving bulls. “I have always said that I would be willing to put a heifer in calf to a greyhound to achieve an easy calving. You must be willing to sacrifice genetic gain at that first calving because heifers have enough to do in their first year to calf and milk without risking a difficult calving. It’s just not worth the risk.’’

3 Use good quality pre-calving minerals to prevent retained cleansings, and ensure the herd is getting enough minerals every day; divide up the daily allocation and apply to the feed two or three times a day “You will have more cows available for breeding in the first three weeks.’’

4 Introduce once-a-day milking for cows that are under condition. “It is worth sacrificing yield for fertility. We have never milked more than 10% of the herd once a day, but we are willing to forgo that production to get them in the right condition for breeding.’’