Herd replacements are valuable assets on a dairy farm, but heifer rearing is not for everyone, especially if labour, housing and acreage are limited.

Running a flying herd, whereby herd replacements are bought in, can free up milk producers to devote more attention to their milking herd; it also allows flexibility for adjustments to system and cow type.

But purchasing new stock every year does come with health risks and there is also the temptation to retain less productive animals instead of buying fresh stock when cashflow is tight. 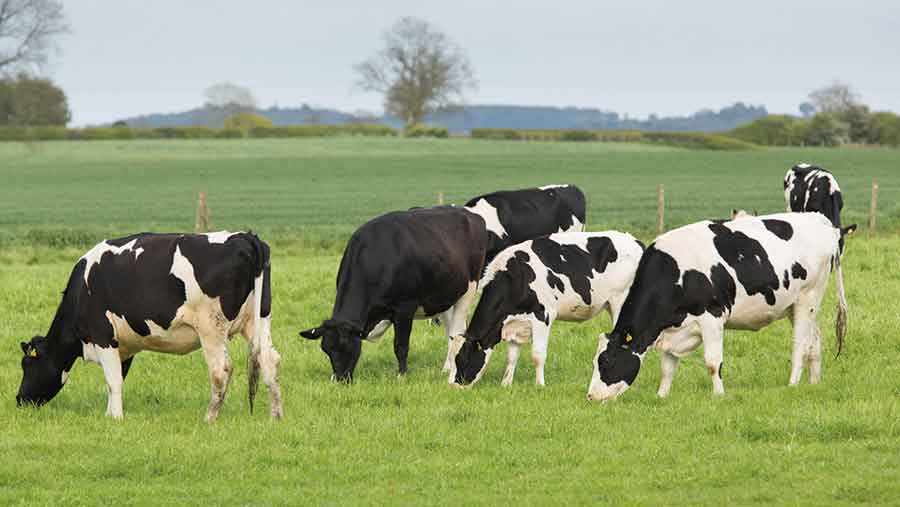 Benchmarking data from the Northern Ireland-based College of Agriculture, Food and Rural Enterprise (CAFRE) suggests the average cost of rearing a heifer to the point of calving is between 5-6p/litre on all milk produced.

John Crimes, a dairy consultant at CARA Wales, calculates that, based on a 100-cow herd producing an annual milk yield average of 7,000 litres, that amounts to £35,000 a year.

A farmer with the same number of cows would need to buy between 28-30 replacements annually therefore, at the current average value of £1,200 for a freshly calved heifer, that is also £35,000.

“If it’s done properly either system can work well,’’ says Mr Crimes. “If I presented anonymous data sheets from our top performing clients you would not be able to pick out those that rear their own heifers and those with flying herds.’’

But there are distinct advantages with operating a flying herd policy; a major benefit is that every animal purchased is fit to milk.

“If you are rearing your own replacements you are always going to get a proportion that calve down with a blind quarter and those that have a difficult calving and don’t make it.

But there is a skill to buying heifers. “I have known people who do a really good job of rearing their own but when it comes to buying they have made a hash of it,’’ says Mr Crimes.

It does however allow farmers to select the type of cow required at that point in time.

Mr Crimes has noticed clients adjusting their buying policy in the current economic climate. “Rather than big Holsteins with plenty of milk, they are going for a smaller Friesian-type cow that is a bit more flexible.

“If a farmer wants to change cow type they are two generations ahead if they buy replacements.’’

There are three routes to sourcing replacements – local markets, private sales or importing.

Sourcing from abroad has been attractive because these animals undergo rigorous health checks but the pressure on sterling is making their price less competitive.

Whichever buying policy is used, Mr Crimes advises farmers to gain an understanding of why animals are being offered for sale.

“Is it a genuine person who rears surplus heifers every year to generate additional income or is it someone who is getting rid of the rubbish from their herd?’’

Matching replacements to your system

“The over-conditioned three-year-old is the very worst to buy as a fatter animal will be more problematic and her productive years will be reduced by a year.

“A two-year-old thinner heifer in her working clothes will generally give less problems.’’

It is important to match the replacement to the system. “There is no point in running a low input, low output system and buying a 700kg Holstein that’s desperate to produce 10,000 litres of milk,’’ says Mr Crimes.

“Because of the pressure on cash I’ve seen farmers buying cheaper animals, perhaps a first cross from a cross-bred or a smaller type of animal and putting these into a housed system.

“What they have ended up with is a little fat heifer because she has eaten like stink and produced 5,000 litres.’’

A worrying trend as low milk prices persist is producers with flying herds making savings by reducing the number of replacements they are buying.

Some of these farmers, faced with price penalties for under-producing, are now buying in large numbers and financing them over three years.

“Numbers in some herds are down quite dramatically because there have been cashflow issues and purchasing heifers has been the last thing farmers have looked at spending money on,’’ says Mr Crimes.

“The issue here is that if they are playing catch-up and financing over three years they are going to be doing this again next year and the year after and so on.’’

Making the switch – is it cost effective?

But switching from a flying herd to rearing replacements is not affordable in the current climate, he suggests.

“It will be two years before the calf is producing milk and in the meantime you still have the purchasing cost of heifers. It is not affordable for all but I have known those who are rearing half and buying half.’’

An alternative for farms that have been operating a flying herd for years and are not set up for rearing their own could be contracting out this job.

With the average daily cost of rearing a calf at £1.35, excluding AI and vaccinations, rearing a heifer to calve at 26 months works out at under £1,000.

“Taking that calf through to weaning would cost around £120, so a heifer reared on contract produces that animal for about £1,100. You’d be struggling to buy in at that price,’’ says Mr Crimes.

One of the biggest priorities for farms with flying herds is protecting their stock from imported diseases. Bovine TB movement controls can also present a huge challenge.

Although stockmanship isn’t the reason why most farms with flying herds run this system, Mr Crimes says it can be a deciding factor.

“There are some awful youngstock stockmen out there which often results in heifers not calving until they are two-and-a-half or three-year-olds because poor rearing means they take longer to get to size. Cows are a bit more forgiving.’’

Herd expansion was the principal reason why Chris and Julie Reed switched to buying replacements 18 months ago.

When they took on the tenancy of the county council-owned holding at Chedzoy, near Bridgwater, nine years ago, it had been set up as a 100-cow dairy unit with youngstock buildings. 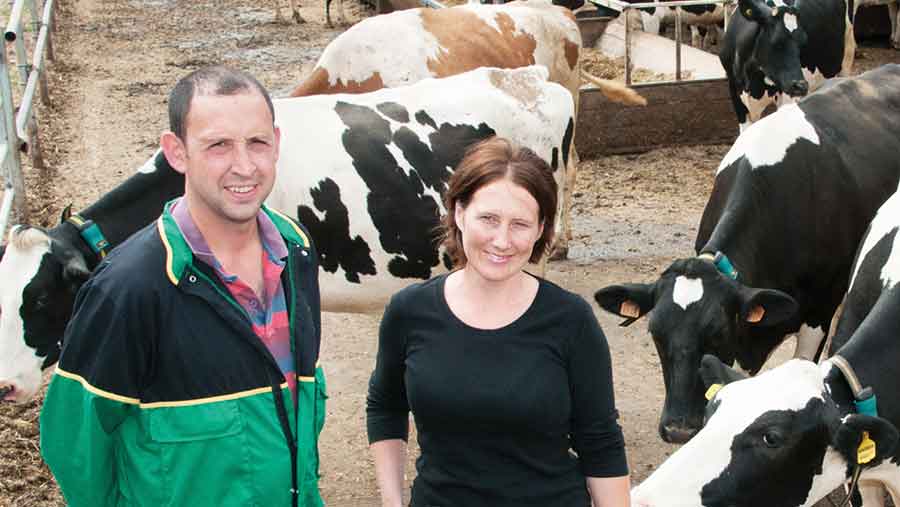 The couple wanted to increase cow numbers and converting the youngstock buildings at Eastside Farm into accommodation for cows was the most cost-effective route.

They initially contracted out the heifer rearing, but when they compared the costs to buying replacements, Mr Reed says a flying herd made sense financially.

“It all came down to cost. We were expanding the herd so we were also buying in heifers and cows as well as rearing our own. We knew the cost of buying in an animal.

“When the price was at its lowest we could buy a freshly calved heifer for £1,100 while it cost us £1,700 to rear our own heifer, including factoring in the value of the beef-cross calf that heifer would have produced.’’

At first, the Reeds imported heifers from eastern Europe but, because of the poor exchange rate, they are now buying from trusted private sellers in the UK.

“We try not to buy out of the market on an ordinary market day but we will buy from herd dispersal sales,’’ says Mr Reed.

He doesn’t necessarily always buy heifers; he buys what he thinks is good value at that time.

Animals are vaccinated for IBR on the day they arrive; BVD and leptospirosis vaccinations are given as soon as possible after the IBR dose.

“Vaccination is cheap compared to the cost of bringing in disease; we don’t take that risk,’’ says Mr Reed.