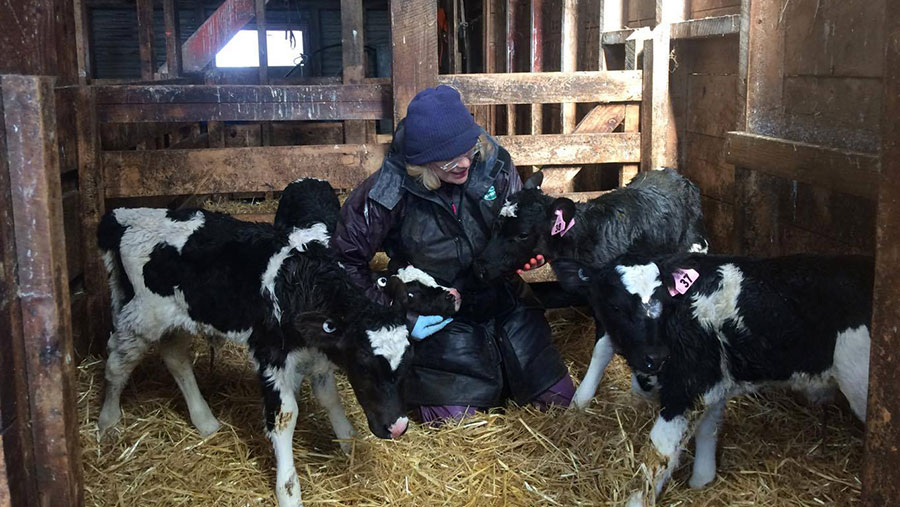 Quadruplet heifer calves have been born on a South Taranaki dairy farm in New Zealand.

Farmer Michael Kavanagh got the surprise of his life when he helped deliver three of the four calves at his farm near Maxwell.

DNA samples sent to Livestock Improvement Corporation’s (LIC) Gene Mark laboratory has since confirmed the heifers are non-identical quadruplets. This means the cow would have produced four separate eggs.

Vets say quadruplets are rare with the odds stacked at one in 180m. The likelihood of identical calves is even rarer at one in 1bn.

The offspring were conceived via insemination and are by an LIC sire called Byreburn.

“She was pretty big, but I didn’t think there would be four calves in there. Even around pregnancy scanning time, I didn’t know she was going to have twins, let alone four calves,” said Mr Kavanagh.

All four heifer calves – named Blossom, Bluebell, Bonnie and Belinda – are doing well. Their dam, Becky, is recovering after suffering from ketosis after the birth.