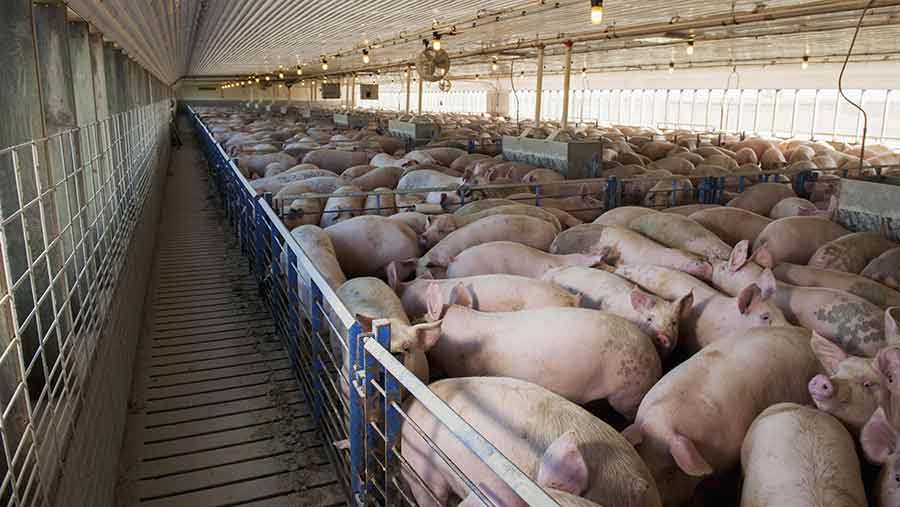 Preliminary steps are being taken to construct a £664m pig production “cluster” in the far east of Russia to target the Chinese market.

Two Russian companies are behind separate proposals to target China’s growing meat demand and saturate local markets in Primorskiy Krai, an outlying region between China, North Korea and the Sea of Japan.

The Rusagro group and Mercy Trade developments will include feed milling, animal slaughtering and pork production facilities, extending to soya processing and produce 120,000t of pork meat a year, Russian and global media has reported.

A statement from Rusagro, one of Russia’s largest agro-industrial companies, confirmed an agreement with a regional development corporation for the construction of road and electricity infrastructure to the proposed site in December 2015.

Professor John Strak of Nottingham University and editor of the Whole Hog (porkinfo.com) told Farmers Weekly that the site’s proposed scale and location indicated that Rusagro was targeting the Chinese domestic market.

He said: “It’s easy to understand why they would target the Chinese market. The Russian population is relatively small and the northern Chinese market is on Russia’s doorstep but you have to question where they are getting the money from as the last available accounts (Q1-Q3 2015) showed big losses in the meat segment.”

However, he ruled out any market impact from the development this year, labelling the scheme a “medium- to long-term project”.

“This is an interesting development but it has no short-term implications for the UK or Western Europe,” he added. “It is a case of watching to see if and when any investment is actually made. There will be roads and infrastructure needed, which is only just taking place now, according to media reports.”