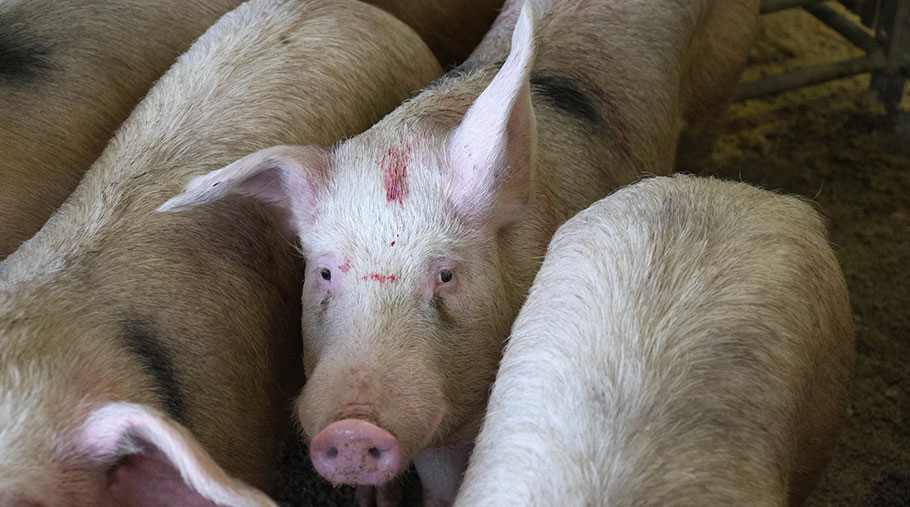 Scientists have produced pigs that can resist porcine reproductive and respiratory syndrome (PRRS) by changing their genetic code.

PRRS is an endemic disease and costs the pig industry about £1.75bn/year in lost revenue in the US and Europe alone. There is no cure for the virus, although vaccination is available.

Scientists at the University of Edinburgh’s Roslin Institute produced cells  resistant to the virus in lab tests last February.

But for the first time they have now exposed live pigs to the virus. They found  none of the animals became ill when exposed to the virus, with blood tests finding no trace of infection.

About porcine reproductive and respiratory syndrome

The disease causes breathing problems and deaths in young animals and if pregnant sows become infected, it can cause them to lose their litter.

The virus is transmitted between pigs through nose-to-nose contact and via semen and faeces.

Christine Tait-Burkard, of the Roslin Institute, said the results were “exciting” but conceded it would may take several years before consumers were eating bacon sandwiches from PRRS-resistant pigs, due to regulations.

Genetically modified animals are banned from the food chain in Europe.

It is not clear what regulations would apply to gene-edited animals, however, as the approach is different.

GM techniques have been controversial because they can involve introducing genes of other species into an animal.

In contrast, gene editing speeds up processes that could occur naturally through breeding over many generations, without introducing genes from other species.

She said: “First and foremost, we need broader public discussion on the acceptability of gene-edited meat entering our food chain, to help inform political leaders on how these techniques should be regulated.

“We also need to carry out longer-term studies to confirm these genetic changes do not have any unforeseen adverse effects on the animals.”

If these studies are successful and the public are accepting of this technology, Dr Tait-Burkard said they would work with pig breeding companies to integrate these gene edits into commercial breeding stocks.

The virus infects pigs using a receptor on their cells’ surface called CD163.

Researchers at the University of Edinburgh’s Roslin Institute used gene-editing techniques to remove a small section of the CD163 gene.

They focused on the section of the receptor the virus attaches to, leaving the rest of the molecule intact.

The team collaborated with Genus, a leading global animal genetics company, to produce pigs with the specific DNA change.

Other groups have used gene editing to create PRRS-resistant pigs by removing the whole CD163 receptor.

Removing only a section of CD163 allows the receptor to retain its ordinary function in the body and reduces the risk of side effects, the researchers say.

This research, co-funded by the Biotechnology and Biological Sciences Research Council and Genus, is published in the Journal of Virology.