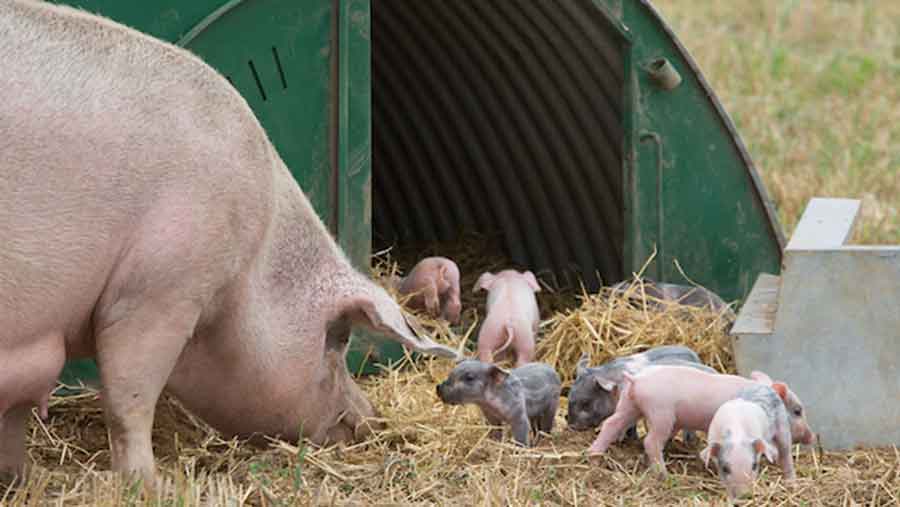 Producing heavier pigs isn’t the simple answer for UK farmers looking to increase pig productivity and farm profitability, according to an industry expert.

Grant Walling, director of JSR Genetics, said growing global demand for pork and a need to raise production to remain profitable meant that farmers were under pressure to increase their output.

But striving to produce larger animals from larger litter sizes was not a straightforward solution, as it would make management more complicated, and produce meat consumers wouldn’t necessarily want to eat.

To significantly increase the figure, breeders could work to increase litter sizes, or focus on specific traits which affect cycle length, such as reducing gestation length. However neither option would necessarily result in more productive herds, he said.

“Through genetics we could achieve an extra two pigs a litter over a five-year period, but because mortality increases in larger litters, the benefits might not be there,” Dr Walling told delegates during a session on the biological and commercial likelihood of producing a 5t sow.

“We also know larger litters means lighter pigs, which gives on a knock-on effect that smaller pigs have increased mortality and are less likely to reach their full value. We can potentially change gestation length and weaning to service time, but it requires a lot of work.”

We shouldn’t simply be striving for more piglets and then dealing with them afterwards. We need as many animals born to reach their full weight and be reared in a way that consumers find acceptable Grant Walling

As an alternative to producing larger litters, UK producers could increase carcass weights, but that wouldn’t necessarily help farmers be more profitable either, Dr Walling said.

“Consumer demand for pork is based on weight. There’s a reason why we see conformed sizes of pork chops, and if we increase chop size then we would fail to meet retail demand.”

Aiming to produce a larger sow would also lead to a reduction of efficiencies on-farm, with growth curves slowing as pigs get bigger, he added.

However, while producing a 5t sow was commercially and biologically unlikely, Dr Walling said making on-farm improvements to achieve 3.5t sows in the UK was ‘very achievable’.

“The emphasis going forward has to be on piglets,” he said. “We shouldn’t simply be striving for more piglets and then dealing with them afterwards. We need as many animals born to reach their full weight and be reared in a way that consumers find acceptable.”