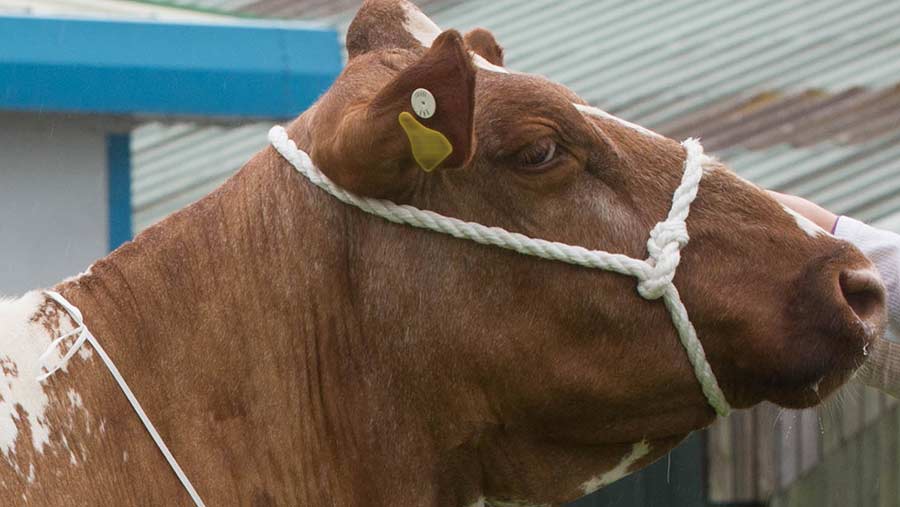 A lack of entries has forced the cancellation of this year’s Balmoral Show Dairy Shorthorn class after two farms had come under TB lockdown.

Only two breeders could enter for the Royal Ulster Agricultural Society Balmoral Show last week because of movement restrictions.

A spokesperson for the show said there “weren’t enough entries to have a competition”.

The usually small but high-quality showing of Dairy Shorthorns was part of a showing of 146 dairy animals in total.

This year, dairy numbers were back to 109 from 146, although overall cattle numbers were up, with beef lifting from 466 to 502 entries. Last year’s three Dairy Shorthorn breeders entered 13 entries.

“We were told by the show society more than a month ago that there would be no class due to a lack of entries,” said the Cheshire-based breeder.

He added: “At the moment the TB situation doesn’t look like getting better. We ourselves are currently shut up with TB. We have another test coming, after which we will hopefully be able to show again.

“It is affecting both those who are locked down and those who aren’t. Breeders who are able to move cattle will fear coming to shows and the ones who can’t miss the shows.”

Alan Armstrong, chief steward of the Balmoral cattle section, said there was some good news on the cattle front with numbers up overall.

He said the two farms were “major exhibitors” at the show and bovine TB made a “big hole” in cattle numbers generally.

He said: “There are 10% of the country’s herds under movement restrictions at the moment because of TB.”

But he added: “On the positive side, there are more native breeds entering the beef classes.

“We didn’t have a Beef Shorthorn class for 15 years. Now we have more than 50 Aberdeen Angus, Beef Shorthorn and Hereford entrants each. One year we only had 15 Angus entries.”