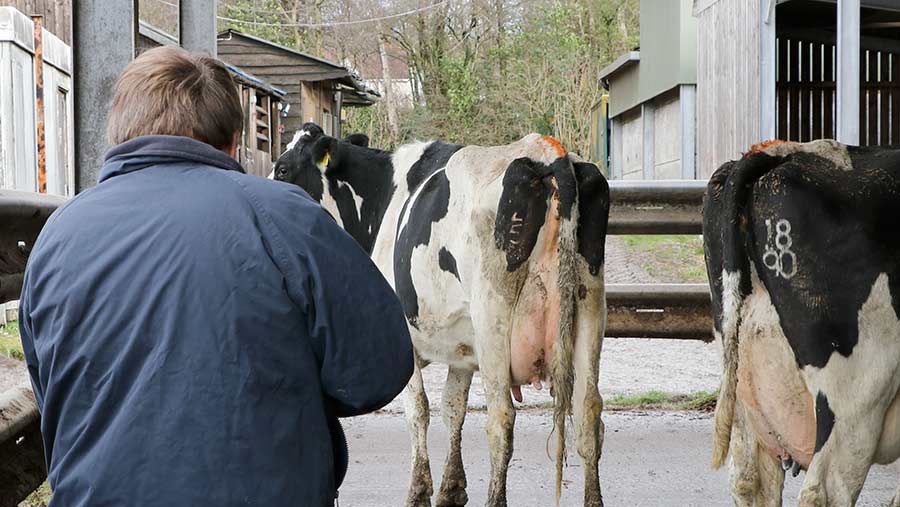 But the dairy strength and body conformation focus has been scrapped and has been replaced with three new areas: Dairy capacity, rump and dairy character to help correct faults that classifiers see creeping into the breed (see “New scoring system” below).

The four new traits – udder tilt, height at front udder, thurl position and loin strength – see the number of type traits expand to 24 and the weighting of each area has changed in an attempt to place more emphasis on these shortcomings.

Holstein UK’s head of breed development, Meurig James says the changes have been introduced by the breed society to ensure it is helping farmers breed functional, long-living dairy cows.

“The only way you can improve that is to score these traits separately.

“I have been classifying for 25 years and we have changed the system three times. We only change if we feel there is a need to change.”

Reflecting on the revisions, Mr James says the first in the late 1990s was focused on breeding for stature and dairy character to produce more milk.

But this caused the breed to get too tall and too narrow and cows burned out after only a few lactations. Therefore, the focus in recent years has been on breeding medium-sized, robust cows that last.

“Now we feel there’s the need to correct a few faults.” 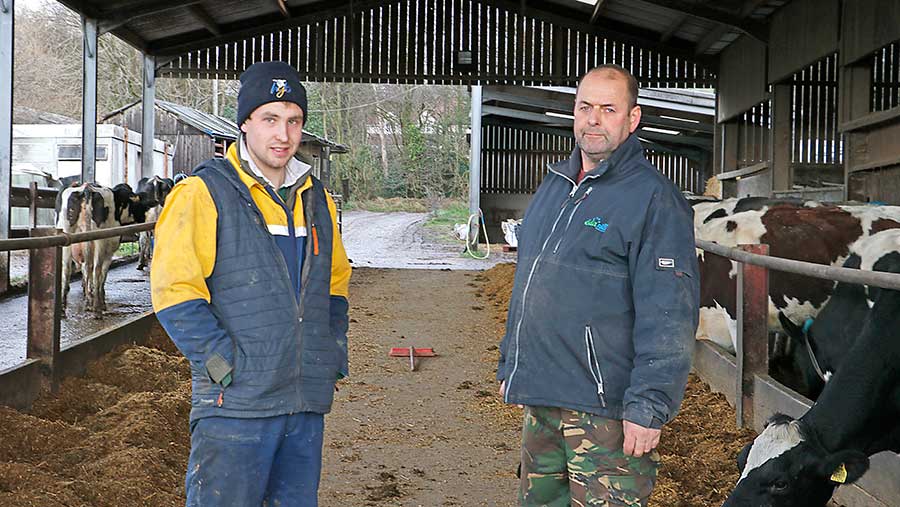 And although he admits he did stop for a while to save money four to five years ago when the milk price plummeted, he believes it was a false economy and he wouldn’t do it again.

He is using more genomic sexed semen and he says classifying heifers gives him confidence to continue doing so.

“We are using a large number of sires – five to six genomic bulls – and it has given us confidence because we are getting what the bull proof said.”

Mr Oakes says it is good to have an independent assessor to score the cows and pick out weaknesses that he or his staff may have missed because they are looking at the cows so often.

Cows at Beacon Farm are scored every seven months and the information obtained during classification helps him to decide which animals get served with sexed semen to produce herd replacements and which go straight to beef.

“We are aiming to breed cows that are a nice size that will last. Looking after a Rolls Royce is more difficult that looking after a Ford Escort.”

Furthermore, he says his staff get huge gratification out of seeing the improvements made within the herd and enjoy watching Mr James classifying cows.