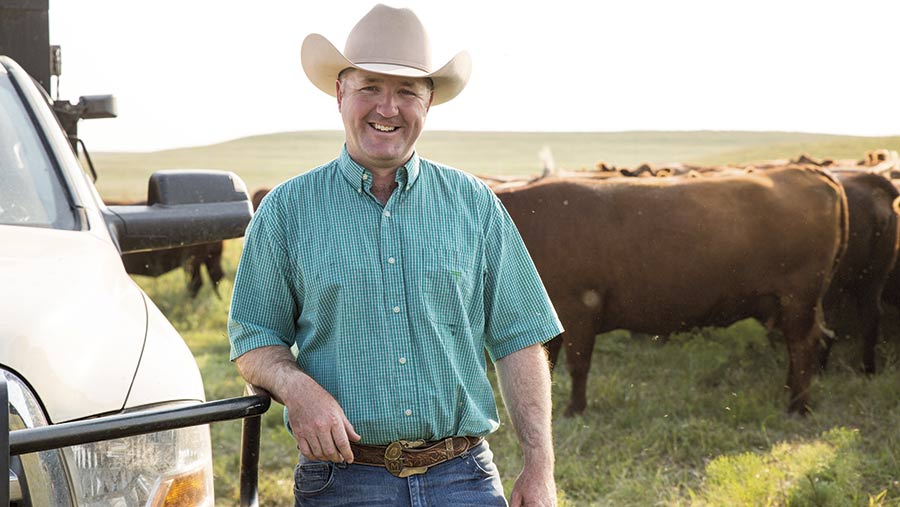 For the past three weeks it has been extremely cold here in Kansas and I have been sick with the flu.

This means I get my chores done as quickly as possible and I have to retreat to the fireplace.

Recently, I have been reading books about the formation of modern cattle breeds and I have to admit you Brits really did a lot of neat things.

Animals such as Old Grannie, Spot, and the White Heifer That Travelled all have incredible stories. Breeds such as Hereford, Shorthorn, Angus, and lesser known breeds such as Parks and Galloways have had a tremendous impact on world beef production.

George Grant (a Scot) brought the first Angus cattle to my home state of Kansas all the way back in 1873.

What happened? I’m a member of a Facebook page where farmers, ranchers, drovers, gauchos, vaqueros and so on, from all over the world post pictures and videos of modern genetics for bragging, discussion, and debates.

Most of these people use some form of adapted British breeds in amazing situations all over the planet.

From time to time someone posts a picture of a modern day British animal. If the United Nations could unite like the world’s cattle keepers do in the shared disdain for badly structured, double-muscled cattle then we would have world peace.

Sometimes they actually brag about high birth weights. Almost no one else gets what some of you Brits are doing.

We understand there are local economics, a screwed-up yield-based grading system (Europ grid), subsidies that reward inefficiencies, but we don’t get it.

We come from parts of the world where cattle take care of themselves. They calve themselves, walk miles to get their own grass and water, and at the end of the day we take the price we are given by the market and that is it.

Selfishly, I hope you return to the great breeds your forefathers developed. I think you will like what they did.

Hate mail can be sent to Michael Priestley at Farmers Weekly.