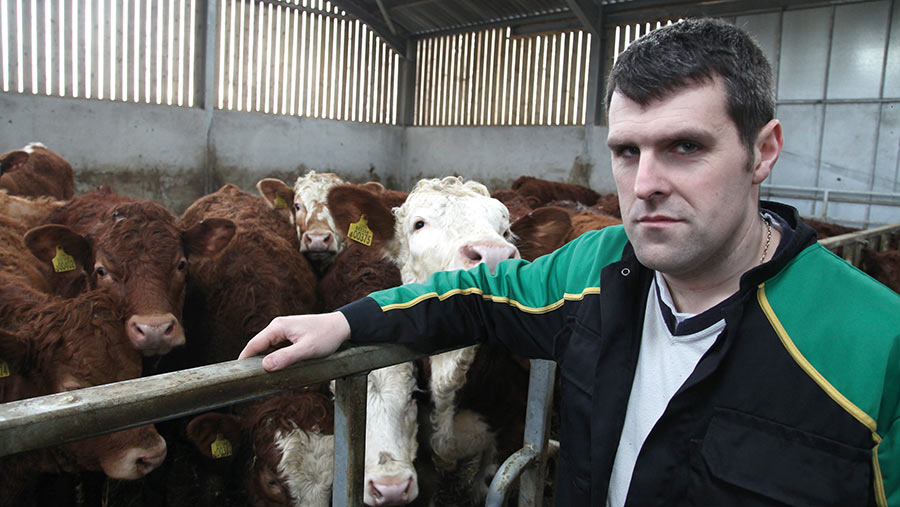 The plan over the past two months has always been to get the new sheep shed built and completed by the first week of February.

After this, the intention was to get everything set up and ready for calving, and maybe take a couple of days off to recharge before it started.

Meanwhile, in the real world, cow number 31 out of 99 has just calved and I still don’t have everything ready in the calving shed, let alone having the sheep shed finished.

See also: How beef farmer is achieving gross margin of £370 a cow

I am hopeful there will be sheep in the shed by this weekend, although I said that last week, and the week before.

Despite not being completely prepared, the calving has gone fine, but as anyone with livestock knows it can soon change.

We have had four sets of twins, which is always handy, especially at the start of calving. I have continued to feed the cows pre-calver buckets and, thankfully, there haven’t been any more cows down with magnesium/phosphorus deficiency.

Calves have been lively, which is a relief, as the cows were still eating 2020 silage when the first ones calved.

Three out of the five of us have now had Covid-19 over the past couple of weeks. Thankfully, no one has been feeling too bad and it’s been a great help to me having everyone home.

The ewes were scanned in late January. Three were empty, 22 were carrying singles, 117 carrying twins and 14 carrying triplets. This gave a scanning rate of 191%.

We give the triplets supplementary feeding right from scanning and we start feeding the ewes carrying twins a month before lambing.

We sold a few cull cows last week, which met a good trade, with a top of £1,290 and an average of £1,230. We may have had a better price before, but these were not our biggest or best cows.