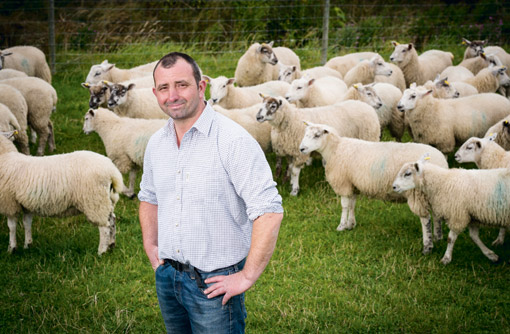 I found my fellow Farmer Focus writer Tom Jones’ article a couple of weeks ago very interesting about the need for grass leys in an arable rotation.

This is the point we are at ourselves as in the second year rotation of wheat. Control of blackgrass is getting beyond impossible with the chemical we are using running out of steam. I think modern farming, in some cases, has missed the fact that, just like a human body wanting a balanced diet, land needs a balanced rotation to keep it healthy.

We are thinking about putting 20-28ha into a ley to try and combat the blackgrass. This also gives me a great opportunity to invest in some more breeding ewes. Speaking of which the ewes and lambs are doing really well and have had all their worm and fly treatments. I had my first draw of lambs last week and was pleasantly surprised at the prices.

The show season is under way, and as soon as my father was settled with his illness, I managed to attend a few. I thought Cereals was a real let down, it just doesn’t seem to have the same kick it used to have. The Great Yorkshire Show, on the other hand, was fantastic. Having not attending before, I was pleasantly surprised by how many young farmers were there, whether it be shearing or showing animals. This was so great to see. What did disappoint me was the absence of a sheep dog demonstration. I cannot believe such a farming icon as the border collie was not represented at such an event.

This was not the case at our own Lincolnshire Show where the famous Katy Cropper was doing a sheepdog demo while riding a fell pony. Katy, bless her, got me roped in to help, it all went well apart from on the second day when Katy jumped off her pony it decided to bolt straight for the exit where I was stood, luckily my Crocodile Dundee hand calming gesture worked and the pony came to a halt.