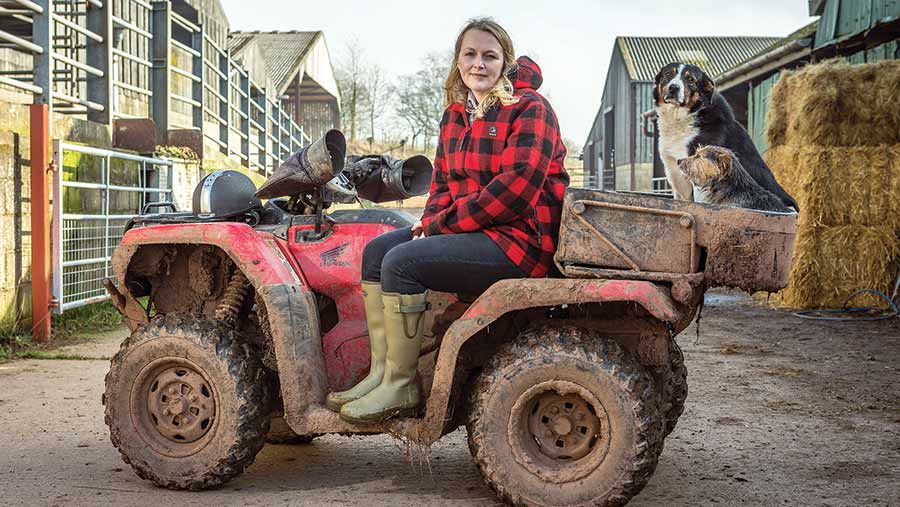 I hope this finds everybody safe and sane, although we are all well-practised with social distancing in our industry.

We can so often shower conversations with negativity, but I think we have a lot to be grateful for at this difficult time: fresh air, acres and animals to tend to. The fact we don’t spend hours indoors with our partners is probably a blessing in disguise too, right?

Lambing is well under way, with the first batch pretty much finished. Thank goodness for this dry spell. So far so good, albeit a few more ewe losses than we would have liked.

One of our vet students arrived a week before lockdown and the extra pair of hands has been useful. She was only meant to be here for two weeks, but she may be joining the payroll at this rate!

The fodder beet was lifted last week and able to offer an additional source of food for the ewes and lambs before the bagged fertiliser and muck is spread and works its magic.

The cows are also out enjoying some much-needed Vitamin D, apart from the latest additions who are on calving as I write.

The neighbouring ground we rent is SSSI (Site of Special Scientific Interest) – unimproved old leys that require cattle to graze it  as part of the conditions.

It would be disastrous to expect the Blue cows to thrive over there, so we’ve opted for a hardier breed.

We have purchased 25 in-calf Luings to add to our suckler herd. I would have preferred some Shorthorns but Josh got his own way on this occasion.

I was told we were going to have an overdue family outing to Somerset last month. All seemed legitimate until I saw signs for ‘Southampton 39 miles’ and what felt like half a day in the car with a non-stop talking toddler.

The Blues will stay at home on the higher-performing ground alongside the ewes and the Luings will roam the poorer ground next door.

They are calving at the moment. So far so good (touch wood). The plan will be to breed our own replacement heifers next season as we await the imminent arrival of the new Luing bull.