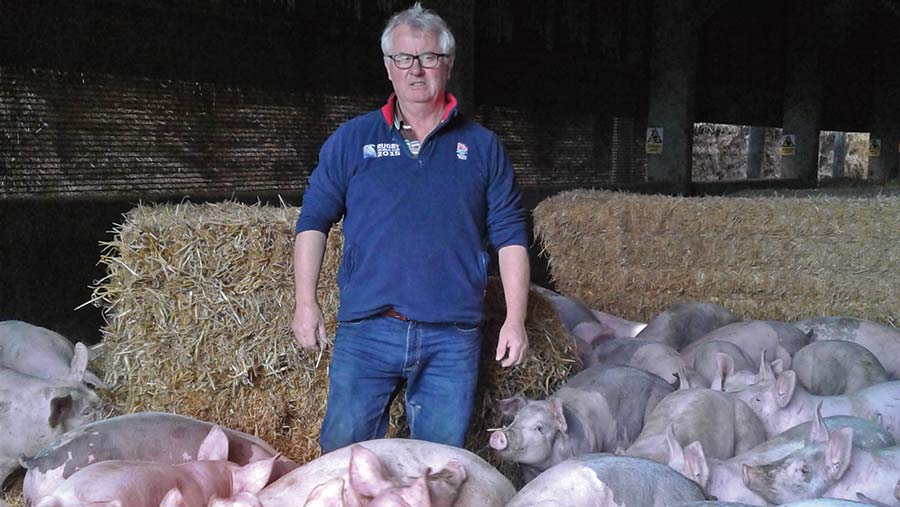 We have had a very good year so far, with figures at 29.7 pigs sold a sow a year.

However, we are not getting carried away with ourselves, as anyone who knows the pig job will be aware that when you do you are soon brought down to earth with a bang.

As most of our buildings are naturally ventilated, we are entering the time of year when it can be a difficult balancing act of keeping the pigs warm enough and getting enough fresh air through the buildings.

I think the pig Industry should be cautiously optimistic of good times to come with Brexit. The company we supply with our finishers – Cranswick Country Foods – has made fantastic progress in the past couple of years in the Chinese market (with help from AHDB Pork).

It would be a shame, though, if we exported all our high-welfare farm-assured pork while some supermarkets import cheap foreign pork that is produced in systems and to standards that are illegal in this country.

It has always amazed me that the keeping of sows in close confinement stalls was banned in the UK in the late 1990s, but is still allowed in the EU and most other countries in the world.

Some supermarkets are still importing pigmeat that is produced in systems of production that are illegal in this country – this should be stopped and hopefully will be after Brexit.

Much of the pigmeat imported into this country would not meet our Red Tractor assurance standards.

I believe the government and AHDB Pork should be giving all the help they can to proactive companies such as Cranswick to keep developing markets in these big pork-consuming countries in the Far East as well as Mexico – which I think is the second-largest consumer of pork in the world behind China.

The UK was and can be a great trading nation again. But I better get off my soapbox now and back to reality – the pigs need feeding.